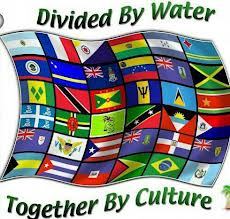 EDITOR’S NOTE: The official revisionist historical narrative of the British after the Transatlantic Slave Trade is that there were only 3.1million African people captured, enslaved and worked to death by the British. SWR does not believe that this narrative is historically correct. It is said that 80 per cent of the African people taken from their home continent and treated as property, were taken by the British.

Between 1662 and 1807 Britain shipped 3.1 million Africans across the Atlantic Ocean in the Transatlantic Slave Trade. Africans were forcibly brought to British owned colonies in the Caribbean and sold as slaves to work on plantations. Those engaged in the trade were driven by the huge financial gain to be made, both in the Caribbean and at home in Britain.

Enslaved people constantly rebelled against slavery right up until emancipation in 1834. Most spectacular were the slave revolts during the 18th and 19th centuries, including: Tacky’s rebellion in 1760s Jamaica, the Haitian Revolution (1789), Fedon’s 1790s revolution in Grenada, the 1816 Barbados slave revolt led by Bussa, and the major 1831 slave revolt in Jamaica led by Sam Sharpe. Also voices of dissent began emerging in Britain, highlighting the poor conditions of enslaved people. Whilst the Abolition movement was growing, so was the opposition by those with financial interests in the Caribbean.

The British slave trade officially ended in 1807, making the buying and selling of slaves from Africa illegal; however, slavery itself had not ended. It was not until 1 August 1834 that slavery ended in the British Caribbean following legislation passed the previous year. This was followed by a period of apprenticeship with freedom coming in 1838.

Even after the end of slavery and apprenticeship the Caribbean was not totally free. Former enslaved people received no compensation and had limited representation in the legislatures. Indentured labour from India and China was introduced after slavery. This system resulted in much abuse and was not abolished until the early part of the 20th century. After indenture, Indians and Africans struggled to own land and create their own communities.