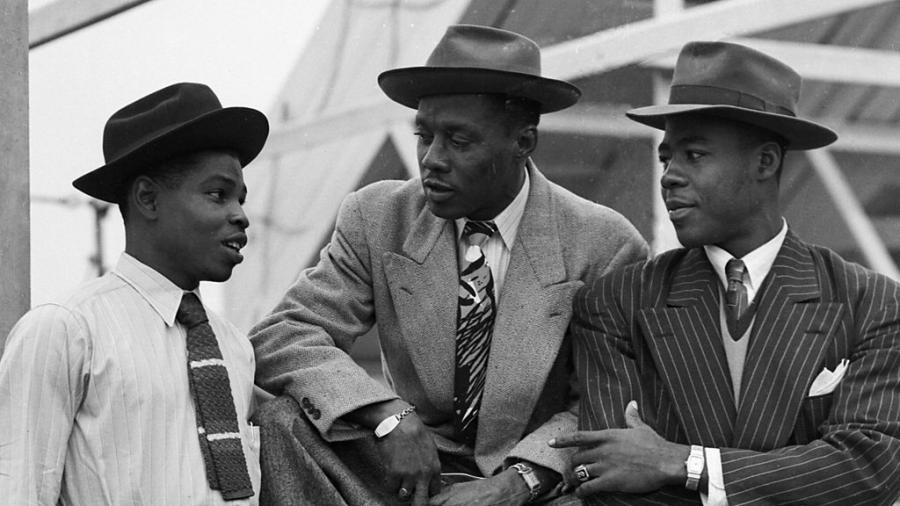 All documents in the Caribbean histories series on this website are from the National Archives. They offer a no doubt sanitised and historically revised version of events that those of us not yet born at that time can use to get a glimpse of what our foremothers/forefathers lived through.

From the start of European expansion into the Atlantic world, Britain fought other powers for territory in the Caribbean and many islands became part of the British Empire. The region experienced near eradication and expulsion of its indigenous populations by European powers. It was also on the receiving end of the largest enforced migration ever witnessed: the Transatlantic Slave Trade. Slavery and its resistance by enslaved Africans was an integral part of Caribbean history. In a remarkably short period of time and in the face of such extraordinary conditions, new cultures and identities were formed in the Caribbean.

This exhibition is based on Colonial Office documents held at The National Archives — home to records belonging to the British Government. The documents we have used in this exhibition are correspondence from administrators of local governments in the British West Indies, and date from 1692-1921. While the documents give an interesting insight into Caribbean history, they also show the views of local people, particularly those concerned with trade and in governance. Those in power were mainly of a particular class, social standing or political allegiance, and the documents reflect this bias. However, there are stories of a more diverse nature, and the Colonial Office archive does include voices from different parts of society, including indigenous and enslaved peoples, through to women and the poor.

The countries that are included in this project, which were at some time under British administration, are as follows:

Previous post EMPIRE WINDRUSH: BOUND FOR THE MOTHER COUNTRY WHERE THE MOTHER DOESN’T WANT OR LOVE YOU
Next post CARIBBEAN HISTORIES – MOVEMENT OF PEOPLE (NATIONAL ARCHIVES)