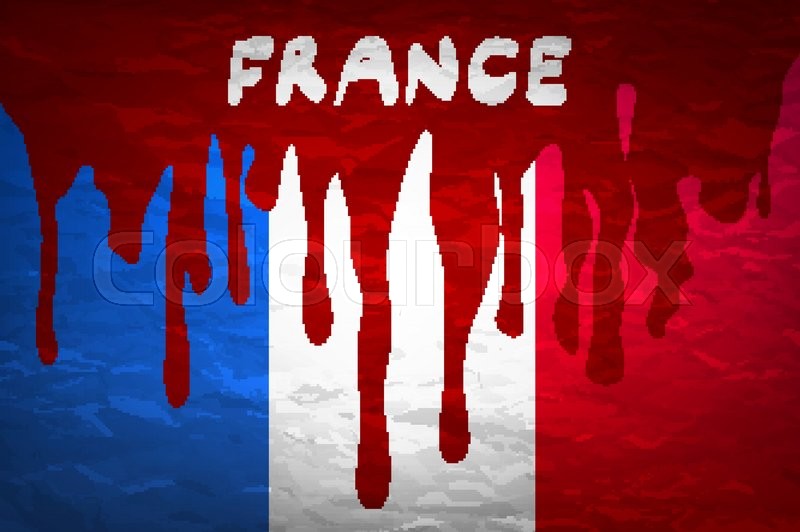 From SWR’s research thus far, it appears that the ‘independence’ that former African and Caribbean countries gained from their colonisers amounts only to a song and a flag.

Niger, a land-locked sub-Saharan nation, has the world’s fourth-largest uranium reserves – around 7% of the global total. While Niger’s uranium lights the Eiffel Tower and one-third of households in France, the people of Niger – the owners of this wealth – have lived in the dark, struggling with chronic hunger and malnutrition for years.

According to the World Bank, around 60 percent of Nigeriens live below the national poverty line. With a per capita income of $420, Niger is one of the world’s poorest nations. In 2016, it ranked 187 out of 188 countries on the United Nations Human Development Index.

So what are the possible factors behind Niger’s underdevelopment?

Several international organizations point to high birth rates, recurrent droughts, ever worsening climate change, and the presence of the radical groups such as Boko Haram as the prime causes of poverty in Niger.

But all these factors represent only one side of a coin.

“Our children are already in contact with uranium. They have it in their bones, in their blood and their children will also have it,” Kalla Abdou, former driver for COMINAK told Greenpeace. “We worked with our bare hands. The mining company never informed us about the risks. We relied on what God decided,” lament Salifou Adinfo, a former driller for Areva.

The cases of Kalla and Salifou apparently mirror hundreds of thousands of poor Nigeriens, whose lives are at stake due to large-scale uranium mining, especially in the northern part of the country.

In 1960, when France discovered uranium in its former colony of Niger, many thought the discovery would contribute significantly to the country’s economic and social development. Unfortunately, it turned out to be a curse – a poisoned gift.

Overall global demand for energy will increase by at least 50 percent in the next 25 years, and will have to be met mostly by non-fossil fuels, particularly nuclear energy, according to the International Atomic Energy Agency.

For world superpowers, the continent of Africa seems to be a potential source of uranium. And Niger is home to Africa’s biggest uranium reserves, which have been dominated by France for years.

International environmental activists have reported that rampant uranium mining in Niger for over 40 years is a case of exploitation in its most devastating manifestation. Uranium mining practices have endangered the health and livelihood of people living in Arlit and Akokan – popularly known as the twin mining towns in Niger.

Take for instance of SOMAIR and COMINAK, the two subsidiaries of Areva, a French state-owned uranium mining company. SOMAIR, which was established in 1968, extracts uranium from open pits in Niger; it operates a uranium mill with an annual capacity of 2,300 tons.

Similarly, COMINAK was established in 1974; it’s one of the largest underground mines in the world, with an annual capacity of 2,500 tons.

Though Areva earns billions from its affiliates, Niger has seen little profit, and that too comes at the cost of ever increasing pollution and health woes among local communities.

“The gift from Areva is bittersweet for the people of Niger,” says a local activist based at Akokan. “What we see is environmental disasters and health hazards for the local people. The indigenous people of northern Niger are in the frontline of climate change. And uranium mining is making their life worse day by day”.

An unequal partnership with the government

Undoubtedly, the partnership between the government of Niger and France is unequal. Although Niger obtained independence from France in 1960, the former colonial power still rules over the country’s rich natural resources.

Activists maintain that for decades, Areva has been operating in Niger without paying its fair share of profits. “The partnership in uranium mining is unbalanced in our country. It is really unfortunate for us,” grumbles Mahamadou Djibo Samaila, former secretary general of the Union of Niamey University Students.

“Uranium is a big industry in Niger,” says Ibrahima Aidara, program manager of the Economic Governance at the Open Society Initiative, West Africa. “But unfortunately, Niger is not benefiting much because they are not getting good revenue, and the damage to society and the environment is also very huge.”

In Niger, uranium represents around 70 percent of the country’s exports but contributes only 5 percent to the national GDP. The government of Niger’s share of the uranium revenue is meagre.

“It is incomprehensible that Niger, the world’s fourth-largest uranium producer and a strategic supplier for France, is not taking advantage of the revenue from this extraction,” says Anne Sophie Simpere, Advocacy Officer of Oxfam France. “We calculated the VAT Areva should pay. Areva could cover the cost of free health care system for vulnerable people and their struggling financial system in Niger. So, on the one hand, you have the poorest country in the world that needs money for its development, and on the other hand, you have a big corporation that needs uranium because that’s the basis of their business.”

A campaign against uranium mining

“Interestingly, in France, one out of every three light bulbs is lit thanks to Nigerian uranium mining.  But in Niger, nearly 90 percent of the population has no access to electricity.

African countries should be able to count on fair revenue from French companies extracting their resources,” declares Ali Idrissa, the national coordinator of ROTAB, an organization committed to transparency and budgetary analysis. The “Majority of Nigeriens don’t even know that Niger has uranium, and 99 percent never get any benefits from it. We can’t continue with such an unequal partnership.”

Ali Idrissa is a Nigerien Human Rights defender and anti-corruption activist who has dedicated his life to ensuring that natural resources are managed in the interest of and for the benefit of the people of Niger.

His campaign, “Don’t touch my uranium” has encouraged communities, artists, politicians, and international civil societies to campaign for good governance in the gas, oil, and mining sectors.

But the road was never easy for Ali.

“In our uranium rich-country, we need a fair distribution of resources. But our campaign for democracy and freedom has brought intimidation, threats, and detention’’

“In Africa, there is an increasing number of causalities due to uranium mining,” says Dr. Alex Rosen, vice president of the German affiliate of the International Physicians for the Prevention of Nuclear war.

Civil societies in Niger are very much concerned and have been raising the issues of radiation for a long time. “Uranium extraction has significantly damaged the environment, forests, and pastures,” says Mamane Sani Adamou, who is associated with Alternative Espaces Cityones, a Nigerien civil society.

In 2014, Greenpeace conducted soil, water, and air tests in Airlit and Akokan, located just a few kilometers from the mines. The samples were studied in collaboration with the France-based Research and Independent Information on Radioactivity Commission (CRIRAD). The findings were disturbing: “The analysis we have performed show that the uranium contamination in four out of five water samples exceeds World Health Organization safety limits,” according to Bruno Chareyron, an engineer in Nuclear Physics from CRIRAD. “We found evidence of radon, a radioactive gas dissolved in water and also chemical elements. Regrettably, this poisoned water is still being distributed to the population and the workers for consumption.”

In 2005, Shepra, an international network of lawyers which works to promote corporate social responsibility, conducted a groundbreaking investigation in Niger. It found that workers in Niger’s uranium mines were not sensitized on health risks; basic protection measures were not given to them, and hardly any medical assistance was provided if they developed lung cancer due to long-term exposure to radon.

“Radiation has killed many villagers from Garta, Futudou, Himike, Sina-Kwande Nkala and Ghumthi, all in Michika area,” says Dama Zira, Director of Geology at the Ministry of Solid Minerals, the Government of Niger.

Local communities are hardly aware of the impacts of radioactivity, while older generations recall that they have never seen such strange illness before: “People of the affected communities have sacrificed hundreds of goats and lambs to appease deities, seeking for protection from evil spirits which they believe are causing strange illness and sudden death in the communities,” shares Dama.

“Villagers sought spiritual interventions against the high rate of death, miscarriage, and deformed babies. There are cases where children were born with four legs, four eyes, with no eyes or with an enlarged head. Animals were born with six legs,” says Emmanuel Y. Kwace, a senior journalist of the locality.

In the mining towns of Arlit and Akokan, several cases have been reported where ex-workers died due to unknown diseases. But Areva and the Nigerien government are silent about it, as if it is none of their business.

Almost 12 years ago, Gigo Zaki collapsed at work in the SOMAIR mine. Since then he has been forced to retire and was never informed about the cause of his condition.

“We were not given anything to protect our nose or mouth. We were treated like animals,” shares Gigo Zaki, an ex-worker of SOMAIR mine. “We hope the workers today have a better life. We are no longer useful. We can only watch.”

But the doctors tell a different story altogether.

“The main diseases we find here are coughing, diarrhea, and skin diseases. These diseases are commonly found in other regions of the country as well. They are not related to radiation at all” says Dr. Ayouba Dogon-Yaro of the SOMAIR hospital, which is funded by Areva.

According to Areva, in 40 years of operations, not even a single case has been diagnosed involving a work-related illness. Areva maintains that the diseases occurring in local populations are not the result of mining activities but are rather typical of desert climates.

“The explanation from Areva is not satisfactory and vague,” says a Niamey-based journalist who requested not to disclose their identity for safety reasons.  “Areva has never acknowledged that the hospitals lack the equipment and expertise to properly diagnose diseases related to radioactivity.”

“You see that the death rates linked to respiratory problems are twice that of the rest of the country, along with a large number of birth defects, leukemia, and cancer cases reported,” shares the journalist.

Far away from Nigerien qualms, over 3000 km away, people live a sumptuous life in cities of France. Owing to its nuclear power status, France enjoys the stature of being a superpower across the globe.

In contrast, ignored by their own government, abandoned by nature, Nigeriens are facing a hard time finding their daily bread.

It’s not just food insecurity; even access to potable water is being denied due to unbridled uranium mining in the region. The situation is pulsating in Niger, and if it’s allowed to go much further the indigenous communities might launch a massive rebellion, resulting in large-scale civil unrest.

Furthermore, the presence of several radical groups with competing agendas can serve as a potential recipe for disaster in the region. And the ripple effects could trigger a wave of unrest across the Sahel.

The future of Niger seems dark.

A threat of war is knelling at the inland of Sahara, a bitter war with France fighting for its insatiable greed for uranium on one side and the Nigeriens defending their scarce resources of land and water on the other.

Who wins? Who loses?

The opinions, beliefs, and viewpoints expressed by the authors are theirs alone and don’t reflect any official position of Geopoliticalmonitor.com.