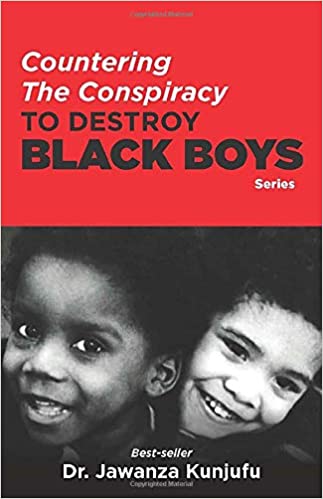 Classic video companion to the million selling book series by Jawanza Kunjufu is still relevant 3 decades later. Presented for historical purposes. Find all of Mr. Kunjufu’s books, audio and videos at https://africanamericanimages.com To book Dr. Kunjufu for a speaking engagement, email [email protected] Jawanza Kunjufu is the author of over 25 books including national bestsellers, Countering the Conspiracy to Destroy Black Boys, State of Emergency: We Must Save African American Males, Solutions for Black America, Keeping Black Boys Out of Special Education, Raising Black Boys and his most recent, 200 Plus Educational Strategies to Teach Children of Color. His work has been featured in Ebony and Essence magazines and he has been a guest on BET and Oprah. He has been guest speaker at most colleges and universities throughout the US, and has served as a consultant to most urban school districts. He has preached in numerous churches and taught seminary for eight years to doctoral students at Union Theological Seminary. His other books include Black Students: Middle Class Teachers, Satan, I’m Taking Back My Health!, Developing Strong Black Male Ministries, An African Centered Response to Ruby Payne’s Poverty Theory, A Culture of Respect. Kunjufu attended both the Morgan State University and the Towson State University exchange programs from 1972 to 1973. He went on to Illinois State University where he earned his BS in 1974. He went on to get his PhD from Union Graduate School in 1984.