David Olusoga: What do I dislike about my appearance? My nose has been broken three times and it shows 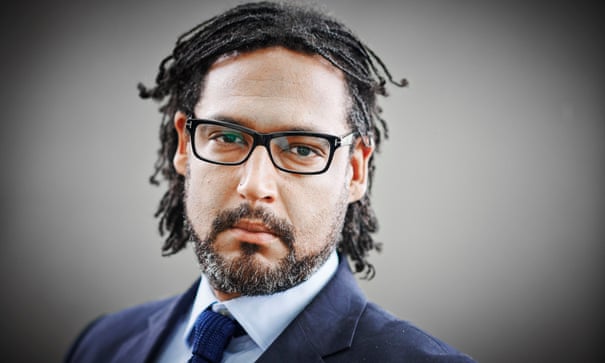 Born in Lagos, Prof Olusoga, 51, produced history programmes before going on to become a presenter. He won a Bafta for the BBC documentary Britain’s Forgotten Slave Owners, and his books include the award-winning Black And British: A Forgotten History. As part of the Census 2021 education programme Let’s Count! (letscount.org.uk), he has recorded a lesson for children, Equality, Representation And The Census; the census takes place on 21 March. He lives in Bristol with his partner and daughter.

What is your greatest fear?
That the lessons of history have been forgotten and we are sleepwalking towards disaster.

Which living person do you most admire, and why?
I admire heroic actions rather than heroic people.

Aside from a property, what’s the most expensive thing you’ve bought?
In January last year, I became convinced that coronavirus was inevitably going to reach the UK, so I bought an expensive functional trainer. A birthday present to myself.

What do you most dislike about your appearance?
My nose has been broken three times, and it shows.

If you could bring something extinct back to life, what would you choose?
The thylacine, or Tasmanian tiger. It’s terrible to think that they survived for thousands of years and barely made it through a century of European colonisation.

What is the worst thing anyone’s said to you?
The bar keeps rising thanks to social media’s toxic anonymity. Most black people in the public eye are subject to racist abuse online; that has got much worse in recent years.

What has been your biggest disappointment?
My guitar playing.

To whom would you most like to say sorry, and why?
Every girl who had the misfortune to go out with me when I was young and horribly careless with other people’s emotions.

Which words or phrases do you most overuse?
Inconsequential. It’s a great word when trying to decide what to really worry about.

What is the worst job you’ve done?
As an industrial cleaner in a power station. We did 12-hour shifts in full breathing apparatus, in the dark.

When did you last cry, and why?
Watching Education, one of Steve McQueen’s Small Axe films. It was just too close to my own experience of school. I was placed in a remedial class by teachers who refused to countenance the idea that I had dyslexia and needed help. It was easier to believe Black kids were stupid.

What is the closest you’ve come to death?
If I answer that question honestly, my insurance premiums would increase.

What do you consider your greatest achievement?
Not having all my enthusiasm and self-belief sucked out of me by the UK television industry’s poor track record on diversity. Things, I think, are now changing.

What keeps you awake at night?
Insomnia. Long nights awake have always been part of my adult life, and are something I have come to value.

What song would you like played at your funeral?
I’ve spent my life hogging the stereo. My funeral feels a good moment to finally let someone else choose the soundtrack.