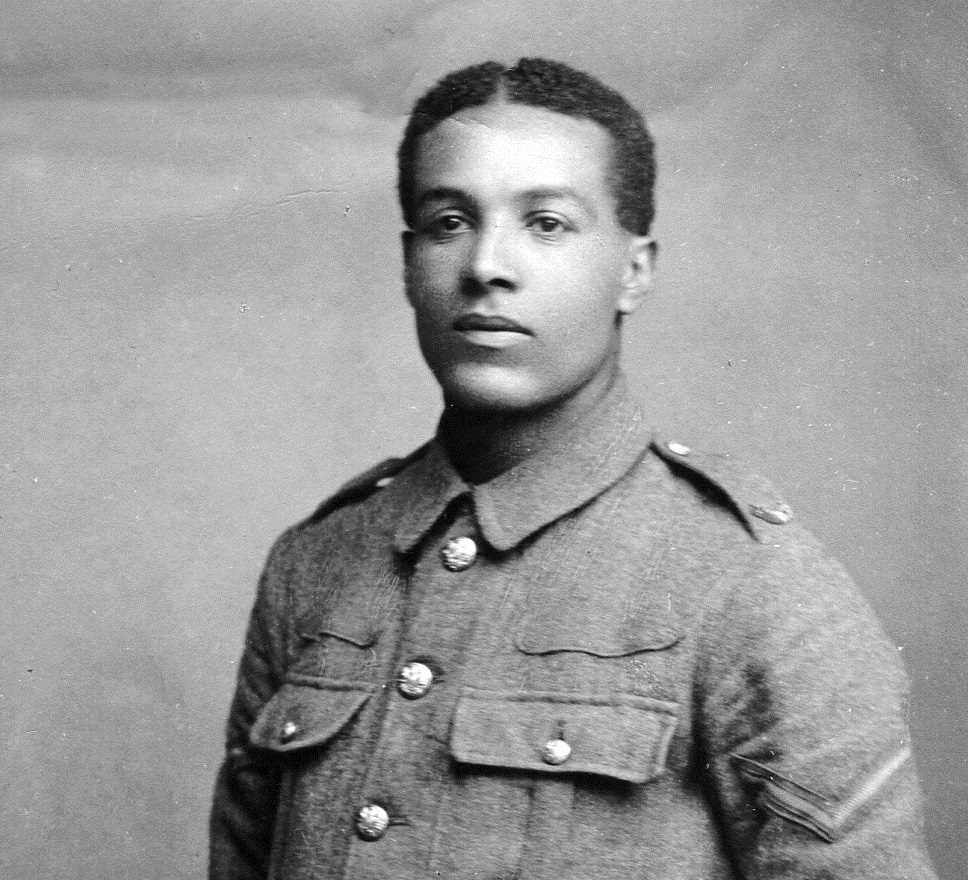 Lieutenant Walter Tull was a football player and the first Black British Army infantry officer to die on the battlefield. Walter was one of the earliest professional Black players. He was born in Folkestone, Kent, England on April 28, 1888, the son of a carpenter, Daniel, from Barbados and his English wife, Elizabeth.

By 1897 his parents had passed away and he and his brother Edward (who became a dentist) were sent to live in an orphanage in Bethnal Green in the heart of London’s impoverished East End. Walter was signed to play for Tottenham Hotspur, a first division professional soccer team, for a £10 signing fee and a salary of £4 per week in 1909.

He made twenty appearances for the side before the racist chants from both the opposing and supporting fans drove the managers of the Tottenham Hotspur side to offer him to the Northampton Town soccer team. For Northampton he made one hundred and eleven appearances until the outbreak of the First World War.

In December 1914 Walter enlisted in the 17th Battalion of the Middlesex regiment. He had agreed to return to soccer at the end of the war and play for Glasgow Rangers. In the Army he rose swiftly from private to sergeant. In November 1916 he took part in the Battle of Ancre, the last futile allied effort of the 1st Battle of the Somme. Despite the strict military rules forbidding Black officers, Walter was commissioned as a second lieutenant in May 1917 as part of the Middlesex Regiment. He then took part in the Battle of Messines in June 1917 on the Western Front, a prelude to the 3rd Battle of Ypres in which Walter also took a front line role. His division was transferred along with five other divisions to the Italian Front in December 1917 where, at the Battle of the River Piave in northern Italy,

Walter was mentioned in dispatches and recommended for the Military Cross for a successful raid into enemy territory. The award was never given to him.

Lieutenant Tull and his men were transferred back to the Western Front for the German Spring offensive of 1918. He fought at the 2nd Battle of the Somme and the Battle of Bapaume.

Walter was killed in action on March 25th 1918. His body was never recovered.

On Sunday 11 July 1999, Northampton Town F.C. unveiled a memorial to Tull. It reads: “Through his actions, Tull ridiculed the barriers of ignorance that tried to deny negroes/mulattos equality with their contemporaries. His life stands testament to a determination to confront those people and those obstacles that sought to diminish him and the world in which he lived. It reveals a man, though rendered breathless in his prime, whose strong heart still beats loudly.”