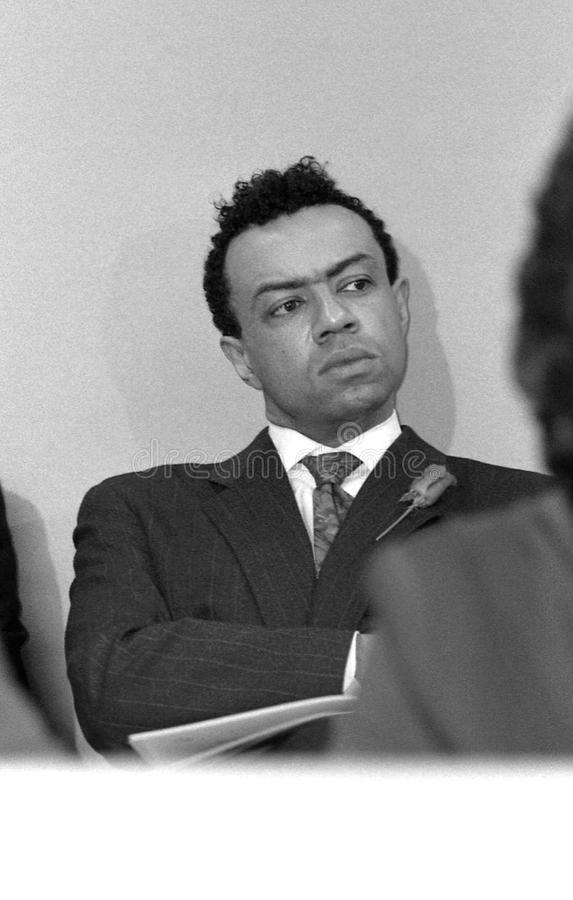 Born to a Ghanaian father and a Scottish mother in Hackney, London, Paul Yaw Boateng became one of the first Black British Members of Parliament in the general election of 1987. In 2002 he became the first Afro-Briton to serve in the Prime Minister’s Cabinet.  The family moved to Ghana when Boateng was still a young boy, where his father, Kwaku Boateng, worked as a barrister and parliamentary cabinet minister. In 1966, the military coup in Ghana forced Eleanor Boateng, a Quaker, the 14 year old Boateng, and his sister, Rosemary, to return to England where they settled in Hemel Hempstead, Hertfordshire.

Boateng continued his education at Apsley grammar school before pursuing a degree in Law at Bristol University. After graduating, Boateng trained to be a solicitor, devoting much energy to housing, police and women’s issues, and later became a lawyer specialising in civil rights. These beliefs he exercised at a variety of political protests in the late 1970s, and early 1980s.

In 1981 Boateng, an active Methodist, was elected to the Greater London Council. Shortly after, he was appointed Chairman of the Police Committee, a position he used as a platform from which to raise awareness of the troubled relations between officers and ethnic minorities. After launching an unsuccessful bid for election in 1983, Boateng secured the Brent South constituency seat for the Labour Party just four years later. He famously declared: “Brent South today, Soweto tomorrow!”

For Boateng, there then followed a rapid series of appointments and opportunities. Labour Party leader Neil Kinnock promoted him to Treasury spokesman, and after the Labour election victory of 1997, Boateng was made Home Office Minister and then Minister for Young People. In May 2002 he became the first black member of the Cabinet as Chief Secretary to the Treasury. He continued to serve the executive until he resigned in March 2005 in order to accept the position of High Commissioner to South Africa, a job based in Pretoria. In April 2009, this commitment ended. He has since been awarded The Right Honourable title and is a member of Her Majesty’s Most Honourable Privy Council.

Boateng has been accused of diluting the radicalism of his earlier days as he climbed the ranks of Parliament. During his time as Commissioner some claimed that he should have more openly condemned South Africa’s unwillingness to restrain President Mugabe’s tyrannical actions in neighbouring Zimbabwe.

In the same election of 1987, Diane Abbott and Bernie Grant shared the accolade of becoming the first Black MPs in the British Parliament. When Boateng resigned from Brent South, he was succeeded by Dawn Butler, the third black women to be elected after Abbott and Oona King.

He served as Chief Secretary to the Treasury in a Labour government led by Tony Blair and British High Commissioner to South Africa before becoming a peer.

Paul was an MP for 18 years before being elevated to the House of Lords.

The peer is a celebrated civil rights campaigner and Methodist preacher, writer, commentator and broadcaster.