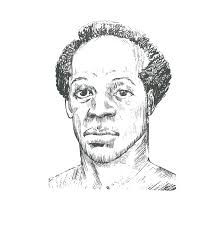 Samuel Sharpe was the main instigator of the 1831 Slave Rebellion, which began on the Kensington Estate in St. James and which was largely instrumental in bringing about the abolition of slavery.

Because of his intelligence and leadership qualities, Sam Sharpe became a “daddy”, or leader of the native Baptists in Montego Bay. Religious meetings were the only permissible forms of organised activities for the slaves. Sam Sharpe was able to communicate his concern and encourage political thought, concerning events in England which affected the slaves and Jamaica.

Sam evolved a plan of passive resistance in 1831, by which the slaves would refuse to work on Christmas Day of 1831 and afterwards, unless their grievances concerning better treatment and the consideration of freedom, were accepted by the state owners and managers.

Sam explained his plan to his chosen supporters after his religious meetings and made them kiss the Bible to show their loyalty. They, in turn took the plan to the other parishes until the idea had spread throughout St. James, Trelawny, Westmoreland, and even St. Elizabeth and Manchester.

Word of the plan reached the ears of some of the planters. Troops were sent into St. James and warships were anchored in Montego Bay and Black River, with their guns trained on the towns.

On December 27,1831, the Kensington Estate Great House was set on fire, as a signal that the Slave Rebellion had begun. A series of other fires broke out in the area and soon it was clear that the plan of non-violent resistance, which Sam Sharpe had originated, was impossible and impractical.

Armed rebellion and seizing of property spread mostly through the western parishes, but the uprising was put down by the first week in January.

A terrible retribution followed. While 14 whites died during the Rebellion, more than 500 slaves lost their lives – most of them as a result of the trials after.

Sharpe had said: “I would rather die upon yonder gallows than live in slavery”.

On March 31, 1982 the Right Excellent Sam Sharpe was conferred the Order of the National Hero as per Government Notice 23 Jamaica Gazette along with Nanny of the Maroons.