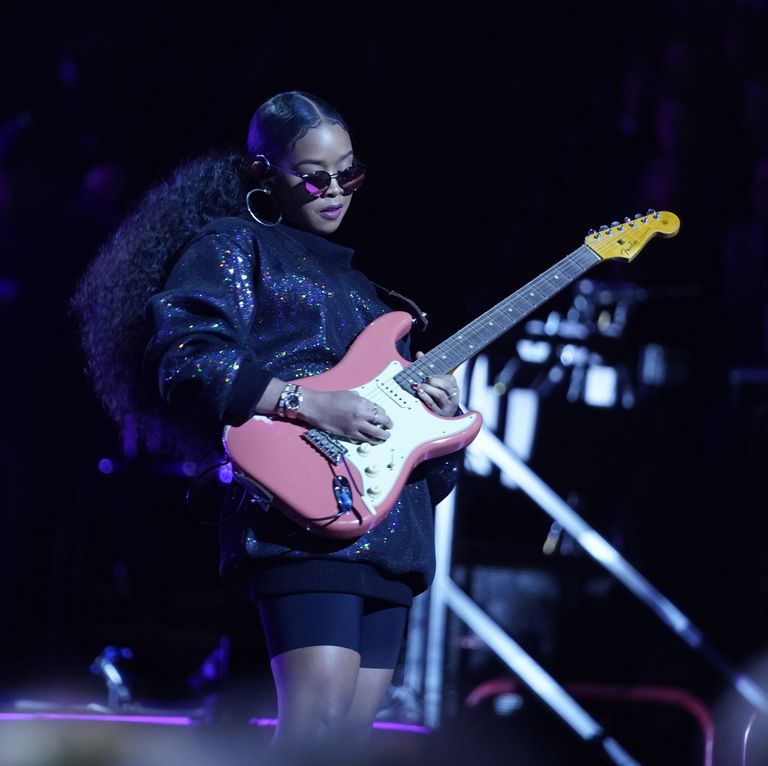 Born Gabriella Wilson on 27 June 1997, Gabriella uses the stage name, H.E.R., an acronym for Having Everything Revealed. i

“I reveal who I am and my stories and my emotions, and music is an outlet for me. But it’s all revealed through my music and my message. Even though I don’t show my face and I don’t tell people who I am or more about me, it’s—really, you get to know who I am in my music,” she has explained.

A child prodigy, she has been singing and performing for some time. Little Gabi Wilson sang in her dad’s cover band as a child, and at age 10, she covered Alicia Keys’s “If I Ain’t Got You” on the Today show. She signed her first record deal with Sony at age 14.

In 2018, H.E.R. received two Grammy nominations: one for Album of the Year (for the self-titled H.E.R. Volume 1) and another for Best New Artist.

H.E.R. can play a number of musical instruments with masterful proficiency. A pianist, drummer, and accomplished guitarist who can play electric, acoustic, and bass guitar, this brings a dimension to her music rarely seen with modern artists.

“Playing guitar is part of who I am, since I was a kid. I remember watching a video of Lenny Kravitz and Prince [from the Rave Un2 the Year 2000 concert] when I was a kid. That video changed my life—it made me want to play guitar just because of how rock star it is,” she said to Rolling Stone.

“When H.E.R. was a child, she’d wake up in the morning to her dad making breakfast in the kitchen and blasting the late musician’s concert DVD on the television,” WWD wrote about H.E.R.’s affinity for Prince. And fans celebrate the similarities between H.E.R.’s “Lost Souls” (off I Used to Know H.E.R.) and Lauryn Hill’s “Lost Ones.” Other influences include B.B. King: “B.B. King, with literally one note on the guitar, does something to everyone in the room—and that’s what I’ve been inspired by as far as playing: feeling instead of technique,” she said.