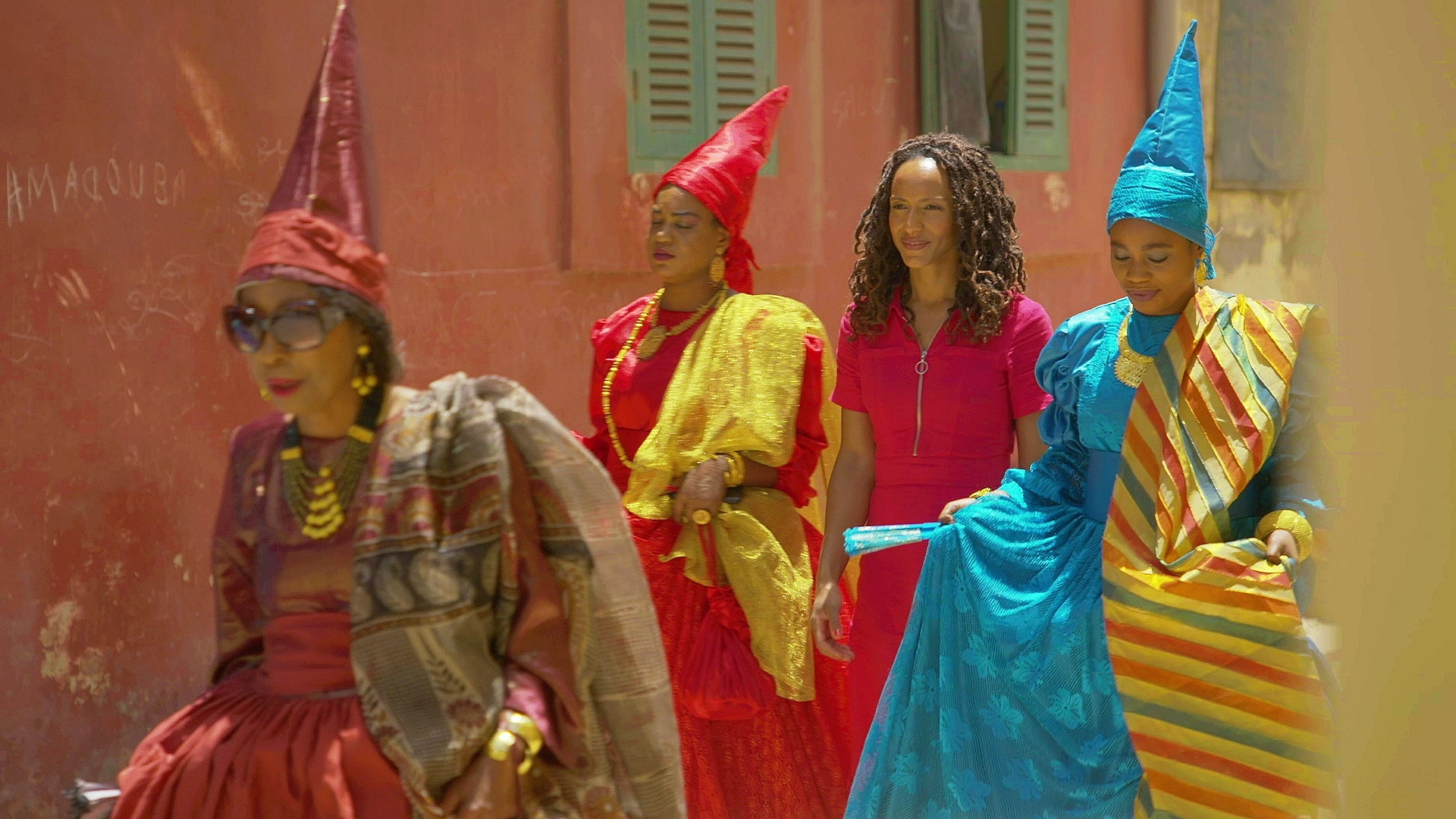 “I am a writer, author, TV presenter, documentary maker, and former barrister.

It probably sounds as if I do a lot of very different things but there is a theme that threads through everything I do: trying to make sense of the injustice and unfairness I see in the world around me.

At a young age, I had to make sense of the ways in which people racialised me – a mixed-race, black girl with an African name and a middle class upbringing – while at the same time claiming that they “did not see race”. I had to work out for myself the history of where those ideas came from, and why, even though that history has shaped our world in so many profound ways, we address it rarely and with only the most selective approach.

I was born in 1981 – (which makes me a millennial by about six months!) – and grew up in Wimbledon. You might know it for its lawn tennis tournament and its quintessentially English village culture. For me it became a testing ground for my observations about the divisions in modern Britain. London is one of the most diverse cities on earth, but the privileged, hillside enclave where I was growing up, was almost exclusively white.

I wondered why, having a family that was so proud of its Ghanaian heritage, the media portrayed the African continent as a backwards place of violence and poverty. How could we feel comfortable regarding Africa as inherently poor when this country was still enjoying centuries of African wealth – after building Britain on African physical, intellectual and mineral resources?

And why, as a teenager, did I feel the pressure of an image that girls like me were hyper sexual? Why did the black boys I know begin to be criminalised and harassed by the police, or excluded from school?

These experiences and narratives affected our daily experience, our relationships with our country, our future, our very identity, and yet, most of the people in my environment remained oblivious. I lived an almost double life, reading global black revolutionaries like Marcus Garvey and Malcolm X, black British scholarship from intellectuals like Paul Gilroy and Stuart Hall, and then interacting with people – people who in some cases even consider themselves the educated elite – who were totally ignorant about how the blatant historical, and racial injustice in our society shaped all of our lives.

My lifelong quest to grapple with these questions of race, class, and gender prompted me to write my book Brit(ish): On Race, Identity and Belonging, which was published in 2017. At the time, I was relieved to be able to make it easier, I hoped, for another young person growing up with these same, urgent questions. It was a huge surprise that Brit(ish) became a Times Bestseller and won the Royal Society of Literature Jerwood Prize.

The work I do has always reflected my combined passions: the African continent – to which I feel a strong pull as a proud African and diasporan – human rights, because I believe in the dignity and equality of all people, and storytelling, because my response to the problems in the world is to tell truthful stories about them and be creative about how we can reimagine the future.

In 1999, I finished school and went to St Peter’s College at the University of Oxford to study Philosophy, Politics and Economics at Oxford. There I focused on African politics and wrote a thesis on how the traditional role of women in Ghanaian society had shaped post-colonial contemporary national politics. I was hugely influenced by incredible African scholars by whom I was privileged to be taught -especially Gavin Williams, and the late Raufu Mustapha.

After graduating in 2002, I went to work for the Open Society Institute in Dakar, Senegal, a grant-making foundation that supports small NGO’s and civil society organisations to improve democracy and respect for human rights in 15 West African countries. My work focused on supporting the press during the war in Sierra Leone and Liberia, and increasing transparency in the oil and other extractive industries, so that more of the profits from the lucrative mineral resources that has made global corporations so rich, went into countries’ own development. That struggle continues.

In 2006, I qualified as a barrister at the Bar of England and Wales, and trained at Doughty Street Chambers, which has pioneered advocacy and jurisprudence on human rights in England and Wales, and around the world. The cases I worked on all involved representing people whose fees were paid by legal aid – the system of public funding now so severely under threat from government cuts – and included evictions and homelessness, immigration and asylum, disability and social care, criminal defence, press freedom and international war crimes.

I realised that I wanted to communicate the importance of these struggles to a wider audience. So in 2008, I became the legal affairs correspondent for the Guardian Newspaper. It was an intense period to be covering the law – the courts had become a battle ground for contesting the counter-terror legislation introduced since 9/11, and were overturning the government’s draconian measures like control orders and 90-day detention without trial, as well as reviewing the legality of the war in Iraq. It was an incredible experience to be able to use my legal training to report from the frontline of this fight to retain civil liberties in a world increasingly reshaped by the global threat of terrorism and the mushrooming of data, the context for so many of the other stories I worked on, like the revelations from Wikileaks and the emerging problem of “superinjunctions”.

In 2011 I became the Guardian’s West Africa correspondent, and moved to Ghana to cover a large part of West and Central Africa for the newspaper. I covered stories like the returnee movement, the rise of a new West African foodie culture, corruption in Guinea, the start-up movement in Ghana, and the war in Mali, and made a film about the impact of illegal Chinese goldmining, which was destroying large areas of forest, polluting the water and causing deaths and injury. My film has had more than a million views. I continue to write a regular column for the Guardian. You can see all my articles for the paper over the years – almost 1,000 since 2008 – here.

I began making TV in earnest in 2014 when I joined UK news channel Sky News as the Social Affairs editor, a role I held until 2017. I reported on stories ranging from the return of slums in the UK’s deteriorating private rental sector, to the girl born into and trapped in a cult until her 30’s.

In 2017 I began working for myself. Here are a few of the things I do now:

I’m the Wallis Annnenberg Chair of Journalism at the University of Southern California in Los Angeles – an incredible school raising the next generation of journalists.

I am a regular contributor to Sky News debate show The Pledge.

I write feature length articles for publications ranging from Time Magazine, Vogue, the Sunday Times and the Observer.

I am a judge on the 2019 Booker Prize, the world’s leading literary prize for works of fiction in the English language. This year we read 151 books, and are currently down to a shortlist of 5. Watch this space for the winner.

I am the author of Equal To Everything, a children’s book which tells the story of Lady Brenda Hale – a remarkable woman who was until recently the only woman in the UK Supreme Court. She comes from a small town in Yorkshire and found an unlikely path to become a leading legal authority of her generation, and a proudly feminist judge.

I am one half of the fashion brand Sika, which creates ethically-made, African inspired mens and womenswear clothing, made in Ghana, sold globally. I often wear Afua X Sika pieces during my broadcast appearances, so keep an eye out for them!

I do public speaking and events, and have hosted for Google, YouTube, Facebook, the British Library, LSE, the University of Oxford, the Bank of England and the FA.”