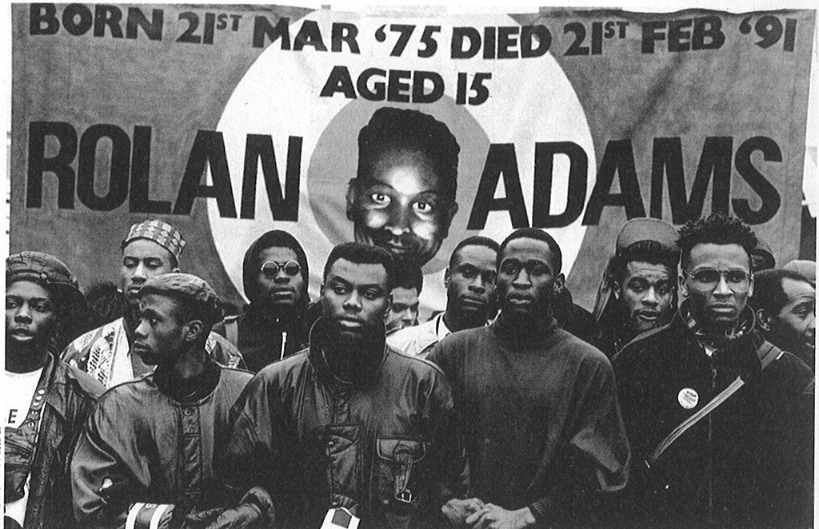 On 21 February 1991, Rolan and his younger brother Nathan were waiting at a bus stop in Eltham. They were attacked by a group of 15 teenagers who chased them, calling them ‘niggers’. Rolan was fatally stabbed with a butterfly knife, a nightmarish ending to a carefree evening where the brothers had played table tennis and swapped records with their school friends at a youth club. Rolan was aged just 15, Nathan, 14. The family received a printed card with the message inside, “Glad a nigger is dead.”

Rolan’s family established a tradition of holding a candlelit vigil at the spot where Rolan was murdered, on the anniversary of his death. This ended after they were pelted with abuse in 2001. Passersby jeered and sounded car horns as the mourners pray silently and lay wreaths in Rolan’s memory. One threw a McDonald’s milkshake at them as they stood quietly, reflecting on the loss of their loved one.

In 2014, the Metropolitan Police admitted that its Special Demonstration Squad (now disbanded) had carried out surveillance on Rolan’s family after his murder. Richard Adams has said,