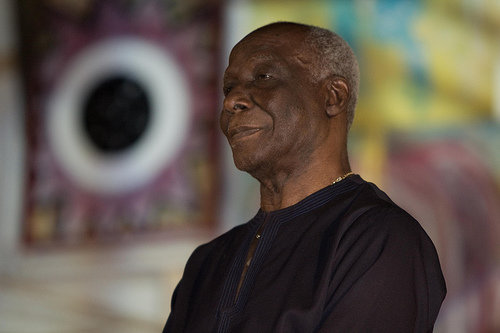 Born in Trelawny, Jamaica, on 3 February 1933, Ralston Milton “Rex” Nettleford won the 1957 Rhodes Scholarship to Oriel College, Oxford where he earned a postgraduate degree in Politics. After completing his studies, he returned to Jamaica and taught at the University of West Indies, where he would later be appointed Vice-Chancellor Emeritus.

Rex believed and espoused the view that for African Caribbeans, their cultural identity was strengthened through looking at the values drawn from their African ancestry. He produced a significant body of essays, articles and books and in 2004 the Rhodes Trust established the Rex Nettleford Prize in Cultural Studies. Rex served as an advisor to numerous international organisations including UNESCO and the International Development Research Council.

Rex co-founded the National Dance Theatre of Jamaica with Eddy Thomas and went on to inspire and train generations of Jamaican dancers and choreographers.

In 1975, he was awarded the Order of Merit by the Jamaican government. He also had his work and contributions recognized by the Institute of Jamaica who gave him a gold Musgrave Medal, an annual award bestowed in recognition of achievements in Art, Science and Literature.