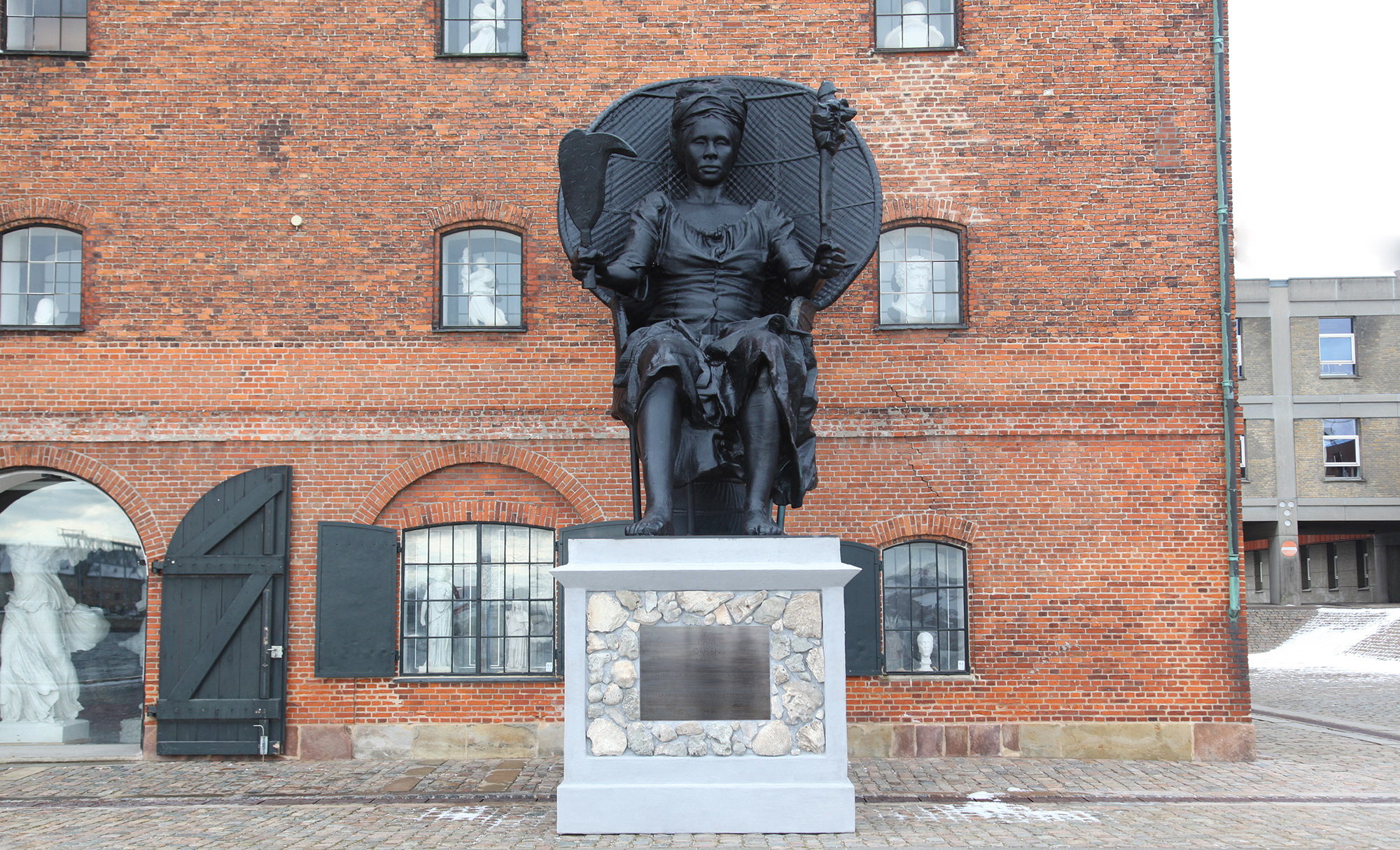 Created by La Vaughn Belle (Virgin Islands) and Jeanette Elners (Denmark), the I Am Queen Mary statue stands at 23 feet tall, at the Danish West Indian Warehouse in Copenhagen, Denmark.

It commemorates and was inspired by Mary Thomas, one of 4 women (the others were Axeline ‘Agnes’ Elizabeth Solomon, Matilde McBean and Susanna ‘Bottom Belly’ Abrahamson) who led an uprising against Danish colonial rule in Frederiksted, St. Croix, in 1878. During the insurrection, 50 plantations were razed to the ground.

La Vaughn says it is

“…the first collaborative sculpture to memorialize Denmark’s colonial impact in the Caribbean and those who fought against it”.  She continues, “…this project challenges Denmark’s role in slavery and the commemoration of its colonial past. It aims to change the narrative around this history and demonstrates how artists can be leaders in this conversation.”

The sculpture emulates the iconic 1967 image of Huey P. Newton, co-founder of the Black Panther Party (see August 21) seated in a wicker chair while holding a rifle in his right hand and a spear in his left, with the Queen Mary seated, also in a wicker chair, and holding a cane bill in her right hand and a torch in her left. The plinth on which her chair rests contains coral stones cut by African who had been enslaved, which were recovered from the ruins of historic buildings constructed during Danish colonial rule of St. Croix.