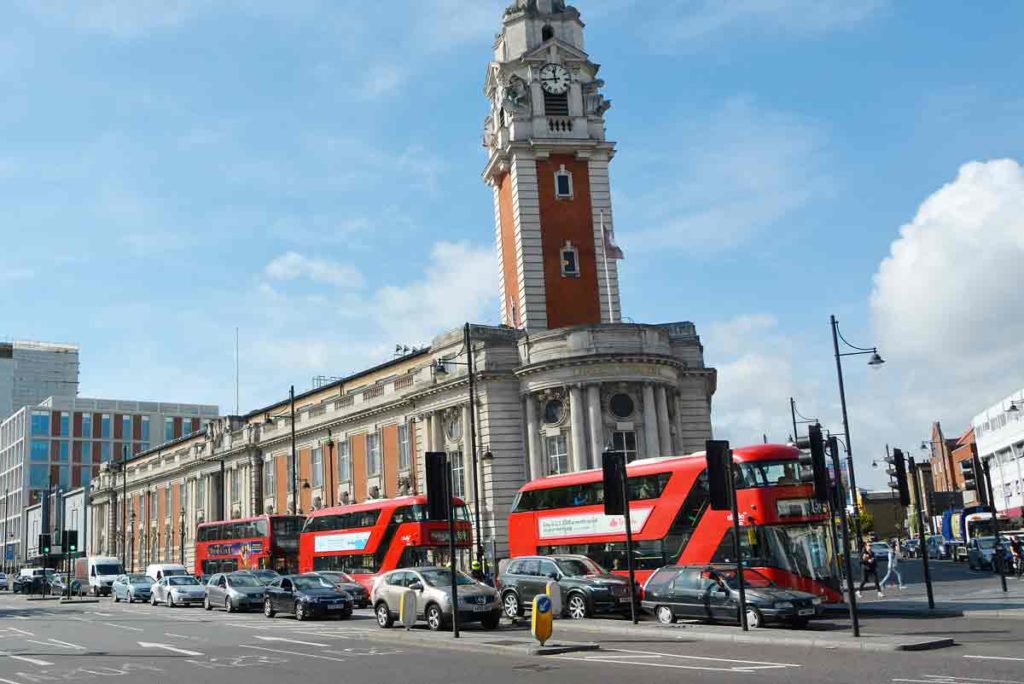 Joe Hunte was a community activist who fought to improve living and working conditions for West Indians in London.

He was born in St Vincent then worked in Trinidad as a teacher. In 1958, he came to Britain and studied Politics, Economics and Philosophy at Swansea University, where he won the annual student debating competition. Hunte then moved to Brixton with his family. In 1968 he took up the post as Senior Community Relations Officer in the London Borough of Tower Hamlets, a post he held until his retirement. Hunte became a voice for the growing West Indian community and was active in social and political issues.

After an incident with the police at Lambeth Town Hall in 1965,

he published a pamphlet titled ‘Nigger Hunting in England – The Police and The Immigrant in London’ suggesting ways to improve relations between the police and immigrant communities.

Hunte was appointed to a Home Office advisory committee dealing with race relations – the Joint Council for the Welfare of Immigrants – and was frequently invited to talk to groups of trainees and serving police officers. Many of his ideas have become standard community police practice.

As secretary of the West Indian Standing Conference he provided the framework with his concept which he called ‘Equal opportunity’. His concept was enshrined in the 1965 Race Relation Act and all other acts up to the present commission for Equality and Human Rights.

Although Hunte was posthumously designated Father of Community Relations the value of the contribution equal opportunity’ has given to British social development has not been evaluated nor accredited to Caribbean people.

In 1977, Hunte was awarded the Queen’s Silver Jubilee medal for services to the local community. After his death, Joe Hunte Court – a sheltered housing scheme in Lambeth near Knight’s Hill – was named after him. There is also a memorial to him in St Vincent Close, named after the island where he was born.

Previous post NIGGER HUNTING IN ENGLAND? (1965)
Next post The Brixton riots 40 years on: What has changed for Black Britons?