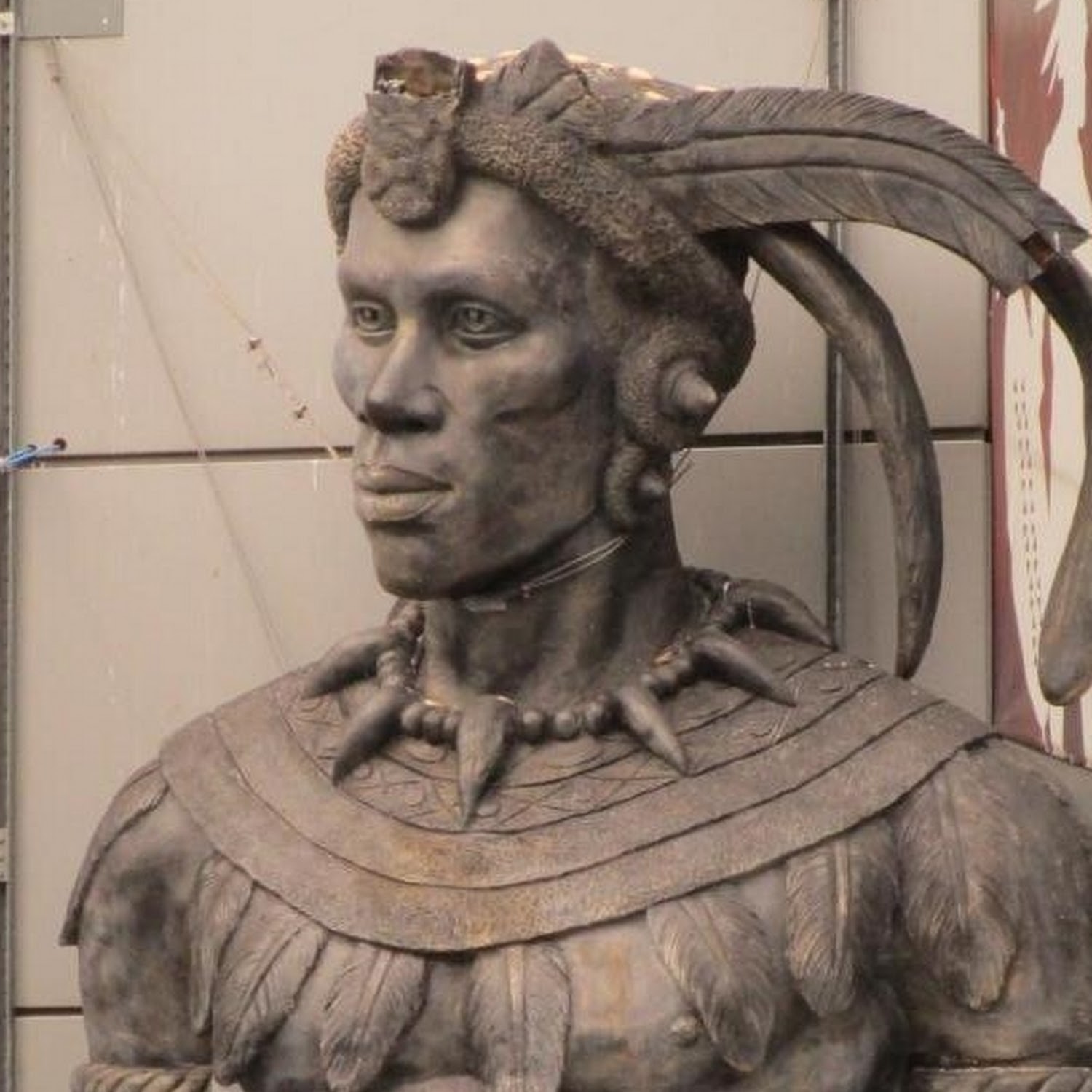 Shaka Zulu established the Zulu Empire and revolutionized warfare in Southern Africa in the early 19th Century.  Shaka was born in 1787. His father, Senzangakhona, was a minor chief of one of the Zulu-speaking clans and his mother, Nandi, was daughter of Chief Mbhengi of the rival clan.  Shaka’s birth was considered a sin because his parents were from different clans. Due to pressure from tribal leaders Shaka’s parents separated resulting in the exile of him and his mother from his father’s clan. Shaka’s mother returned to her Elangeni where she was shunned.  Consequently, her son Shaka was harassed, tormented, and neglected.

As Shaka grew older, he recalled with anger his tormenting by Elangeni members.  Upon reaching manhood he deserted the Elangeni and became affiliated with the Mthethwa clan. He served as a warrior for six years under the reign of Dingiswayo, the Mthethwa’s chief. Dingiswayo was impressed by Shaka’s courage and endurance and remained with the Mthethwa until he learned of the death of his father, Senzangakhona, in 1816.

Shaka claimed his father’s chieftaincy with military assistance from Dingiswayo.  With his experience learned from the Mthethwa, he transformed his clan’s military from a largely ceremonial force into a powerful army capable of both defense and aggression.

In 1818, Shaka’s mentor Dingiswayo was assassinated by Zwide, the chief of the Ndwandwe clan.  Shaka sought revenge and received it in 1820 with the Zulu’s victory over the Ndwandwe in the Battle of Mhlatuze River.  Shaka then set out to forge the various Zulu-speaking clans into a powerful empire.  As he incorporated rival groups, the Zulu Empire’s population reached an estimated 250,000 and his state emerged as the largest in the history of Southern Africa.  In 1827, at the height of his power, Shaka could order into the field of battle over 50,000 warriors and controlled most of the area that is now the modern state of South Africa.

Shaka’s actions became simultaneously more tyrannical, ruthless and bizarre as power concentrated in his hands.  In 1827 at the height of his power, his mother, Nandi, died.  Anger over her death and over her (and his) treatment at the hands of the Elangeni led him to order the massacre of thousands of tribal members.  His brutal treatment of his own Army nearly led to its mutiny.

In 1828, Shaka was assassinated by his half brothers, Dingane and Mhlangana.  Dingane assumed control of the Empire which lasted another half century before finally being crushed by the British Army.