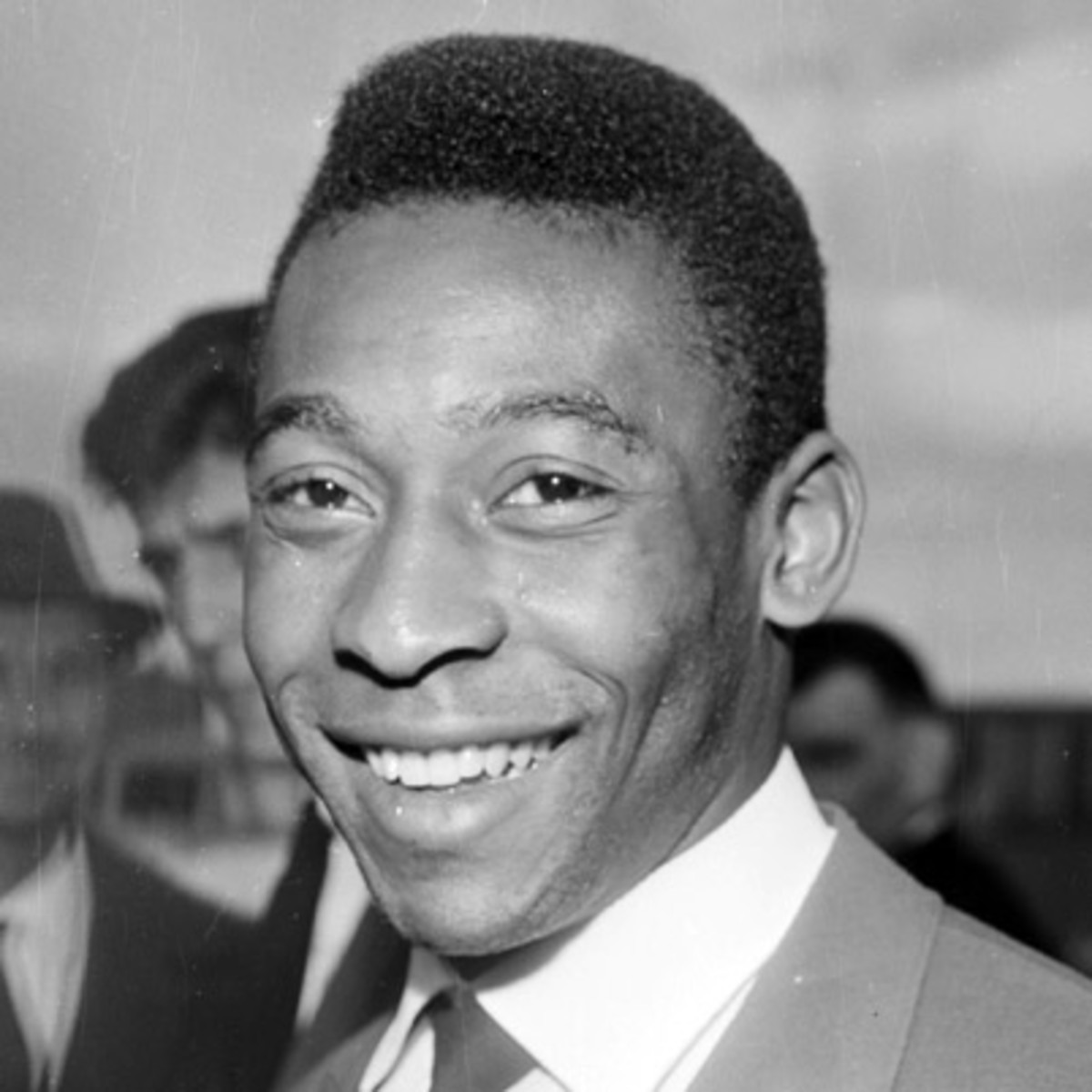 Born on October 23, 1940 in Tres Coracoes, Minas Gerais in Brazil, Edson Arantes do Nascimento, known to the world as “Pelé,” is revered as one of the most influential football (soccer) players in history. From the time he began his legendary football career at the age of 15, until his final match in 1977, Pelé set numerous international records and is believed to have scored over 1,281 goals throughout his 22 years as a professional football player.

Pelé’s love for football began when he was a young child growing up in Bauru, Sao Paulo State, Brazil. Although his family could not afford a leather football, he improvised by playing with grapefruits and sock rolls. Additionally, Pelé and his friends helped finance their Bauru youth team by selling roasted peanuts.

Pelé began his amateur career in football at the age of 11. Under the mentorship of famous football star Waldemar de Brito, Pele began playing for the Clube Atletico Bauru in his home city. In 1956, he moved on to Santos Futebol Clube, a professional club team in Sao Paulo, at just 15 years of age. Pelé’s skill and precision made him the highest scorer in his first year with Santos, which led to an invitation to join the National Club Soccer team of Brazil. Playing for both Santos and the National team simultaneously, Pelé won nine Sao Paulo State Championships, three Rio-Sao Paulo Interstate Championships, two South American International Club Competitions, and two Inter-continental Cups during his 18 years with professional clubs.

Pelé retired from Brazilian club football in 1974. That same year, he accepted a three-year, $7 million contract to play with the New York Cosmos in the United States, becoming the highest paid soccer player in North America. Throughout his four seasons with the Cosmos, Pelé was voted most valuable player in 1976, helped lead his team to victory in the North American Soccer League (NASL) championships of 1977, and was declared one of the top eleven best players in American soccer.

Pelé retired from the New York Cosmos after his fourth season in U.S. soccer in 1977. The Cosmos honored Pelé by arranging for him to play his final match against his first club, Santos Futebol Clube on October 1, 1977.  Since retiring, Pelé has engaged in broadcasting, journalism, and advertising. In 1993, he was inducted into Brazil’s National Soccer Hall of Fame and appointed that nation’s Minister of Sports just one year later. In 2000, Pelé was awarded the Sportsman of the Century award by the Federation Internationale de Football Association (International Federation of Football Association).