Down With the British Monarchy 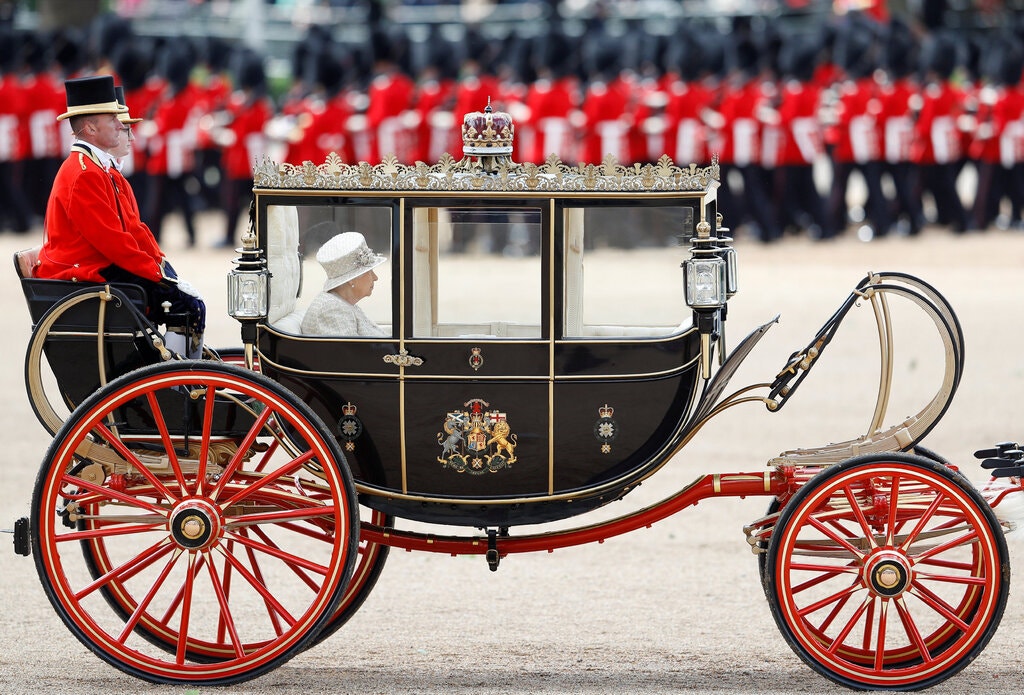 Any nation that still has a monarchy in 2021 is proving itself to have a mortifying lack of revolutionary gumption.

Mr. Nolan is a writer for In These Times, a progressive magazine. He’s been calling for an end to the monarchy since 2013.

A recent interview you may have heard about revealed that the British monarchy is a toxic den of backbiting and racism. And who would doubt it?

There is nothing easier to believe than that an institution created to be the physical embodiment of classism is awash in inhumanity. Where the public response to this humdrum revelation has gone astray is in the widespread conviction that we should make the monarchy better.

Not at all. You cannot turn a bottle of poison into a refreshing drink, no matter how much sugar you pour into it.

A just and proper response to what we have learned would be for the entire United Kingdom to come together, join hands in a great circle around the institution of the monarchy and burn it to the ground, while singing “Sweet Caroline,” to maintain a positive spirit. Then the members of the royal family can sweep up the ashes and deposit them neatly in the bin, a ceremonial beginning to a new life of working for a living.

The existence of a monarchy is an admission that a government can’t, or doesn’t care to, solve people’s problems. Instead, it offers spectacle. It has always been easier to elevate one family to a fairy-tale life of luxury than to do the dreary work of elevating every single family to a decent standard of living. The common people fund the lifestyle of a tiny, exalted and thoroughly unworthy elite, rather than the other way around. Any nation that still has a monarchy in 2021 is proving itself to have a mortifying lack of revolutionary gumption.

America is guilty of many crimes against humanity, but this is one thing we got right.

Yes, we have our own hypnotic capitalist addiction to celebrity, but monarchy is something altogether more twisted — as if the Bush family, the Kardashians and the Falwells were all rolled into one bejeweled quasi-religious fame cult, topped off with a bracing dose of imperialism.

What is a monarchy if not the highest veneration of inequality? Based not on moral worth but on accidents of heredity, a small group of people are lavished with millions of dollars skimmed from the public till and are worshiped as sentimental nationalist gods, in exchange only for performing the duty of “being pleasant in public,” which they do with mixed success.

And that plan appears to be working: More than four in five British adults have a positive view of the queen. The appeal of fancy hats is hard to overcome.

The stars of this insipid show will change with time. New princes and princesses will be born, opulent weddings will be had, different coddled butts will get their turn to sit on the cushioned throne. These machinations, each of them designed to occupy the public’s attention for a while, are just the scrambling of termites atop the enormous nest that is the monarchy itself. It feeds on the vigor of the working people and regurgitates it into a giant home for itself.

The good news for the royal family is that the economy seems to be on the rebound. It shouldn’t be too hard for them to find jobs, even considering their lack of practical experience. They could get honorable jobs at a Tesco market. What a wonderful opportunity for them to earn an honest living, for the first time in their lives. As our social betters often tell the rest of us, hard work is good for self-esteem. I expect that they will soon be happier than ever.

Hamilton Nolan is a writer for In These Times, a progressive magazine.

Previous post ‘There Is, in Britain, a Very Big Silence Around Race’
Next post Life Aboard a Slave Ship | History Channel