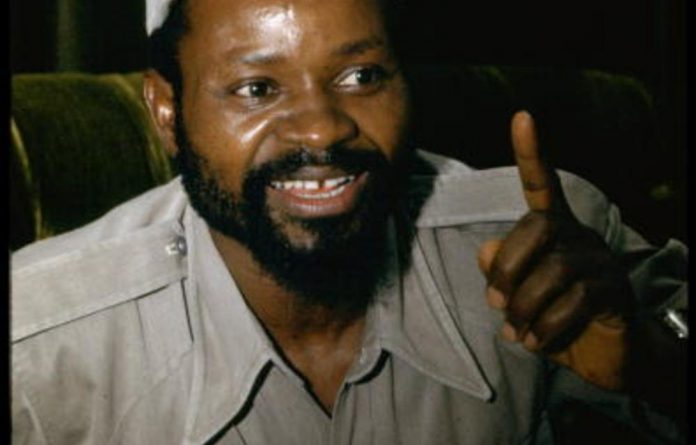 Samora Machel, first president of independent Mozambique, was born on September 29, 1933 in the village of Chilembene, in the Gaza Province of Mozambique. He was of the Shangana ethnic group and was born into a family of farmers. Machel attended a Catholic mission school for his primary education and by 1954 he had started studying in the capital city of Maputo to become a nurse, one of the few occupations open to Black Mozambicans at the time. It was during this time that Machel began criticizing the Portuguese government, protesting that Black nurses were paid less than their white counterparts.

In 1962 Machel gave up nursing and volunteered for the Mozambique Liberation Front (FRELIMO), which was an organization dedicated to the liberation of Mozambique from colonial rule. In 1963 Machel received military training and the following year he led FRELIMO’s first guerrilla attack against Portugal in northern Mozambique. By 1969 he had become Commander-in-Chief of the FRELIMO army. When the founder of FRELIMO, Eduardo Mondlane, was assassinated in 1969, Machel was first elected to the three-man presidency council which took Mondlane’s place, and was then in May 1970 elected as president of FRELIMO. On the 25th June 1975 Mozambique was finally granted its freedom, due to the combined efforts of FRELIMO and the military coup in Lisbon, and Machel became Mozambique’s first president.

Machel’s presidency was a turbulent one. Faced with the task of transforming the now post-colonial Mozambique, Machel attempted to recast the nation according to his Marxist-Leninist beliefs, and as such began the nationalization and socialization of the country’s wealth and resources. He set up schools and hospitals for the country’s peasants and he allowed organizations fighting white colonial rule in South Africa and Zimbabwe to operate from Mozambique. However, Machel also made errors in his presidency which plunged the country into an economic crisis. Furthermore, he enacted a strict one-party system and tolerated no criticism from opponents.

Despite this, Machel was able to inspire national pride into many of the people of Mozambique and when he died in a plane crash on the 19th October 1986, his country mourned the loss of a national icon.