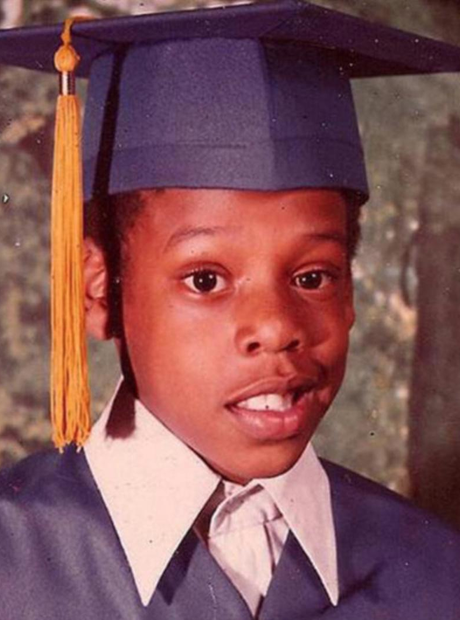 Shawn Corey Carter, who uses the stage name of Jay-Z, has become one of the most successful hip-hop artists and entrepreneurs. By 2011 Jay-Z’s net worth was near $450 million, making him one of the wealthiest and most successful businessmen in the entertainment industry.

Carter was born on December 4, 1969 in Brooklyn, New York and grew up in the borough’s Marcy housing projects. His parents were Adnis Reeves and Gloria Carter. At the age of 11, Shawn Carter’s father deserted the family. Carter began rapping in 1984 at the age of 15 soon after he met his mentor, Jaz-O. Carter subsequently adopted a similar stage name, “Jay-Z,” which derived from the shortening his childhood nickname Jazzy.

Jay-Z attended George Westinghouse High School in Brooklyn. He mastered his lyrical skills in the school’s cafeteria by performing in competition with other rappers. In 1988 Jay-Z was flown to London to help record Jaz-O’s album. When he returned to the United States he traveled on Big Daddy Kane’s tour bus. In 1993 Jay-Z first appeared on a remix of the song “Can I Get Open.”

From 1999 to 2003 Jay-Z released five consecutive albums that eventually reached #1 on the hip hop charts: Vol. 3… Life and Times of S. Carter, The Dynasty: Roc La Familia, The Blueprint, The Blueprint 2: The Gift & The Curse, and The Black Album. He won two Grammy Awards in 2004. Between 2006 and 2009 he released the albums Kingdom Come, American Gangster and The Blueprint 3. From 2008 to 2011 Jay-Z won a total of eight Grammy Awards, mostly for singles off the album The Blueprint 3. In 2005 Jay-Z was named president of Def Jam Records, the largest hip hop label. He headed the company for two years. In 2008 Jay-Z married superstar recording artist Beyoncé Knowles after a long courtship.

In 2010 he won three Tony Awards for his work on the Broadway musical Fela! which he co-produced with Will and Jada Pinkett Smith. In 2011 he won a Sports Emmy Award for Outstanding Music, Composition, Direction and Lyrics for his Superbowl half-time production.

Besides his musical success, Jay-Z has been involved with a number of business ventures. In 1999 he and business partner Damon Dash created a clothing line called Rocawear. In 2003 he was the first non-athlete to have a signature shoe by Reebok. He operates a sports bar chain called the 40/40 Club and has a deal with Live Nation, a concert promotion company.