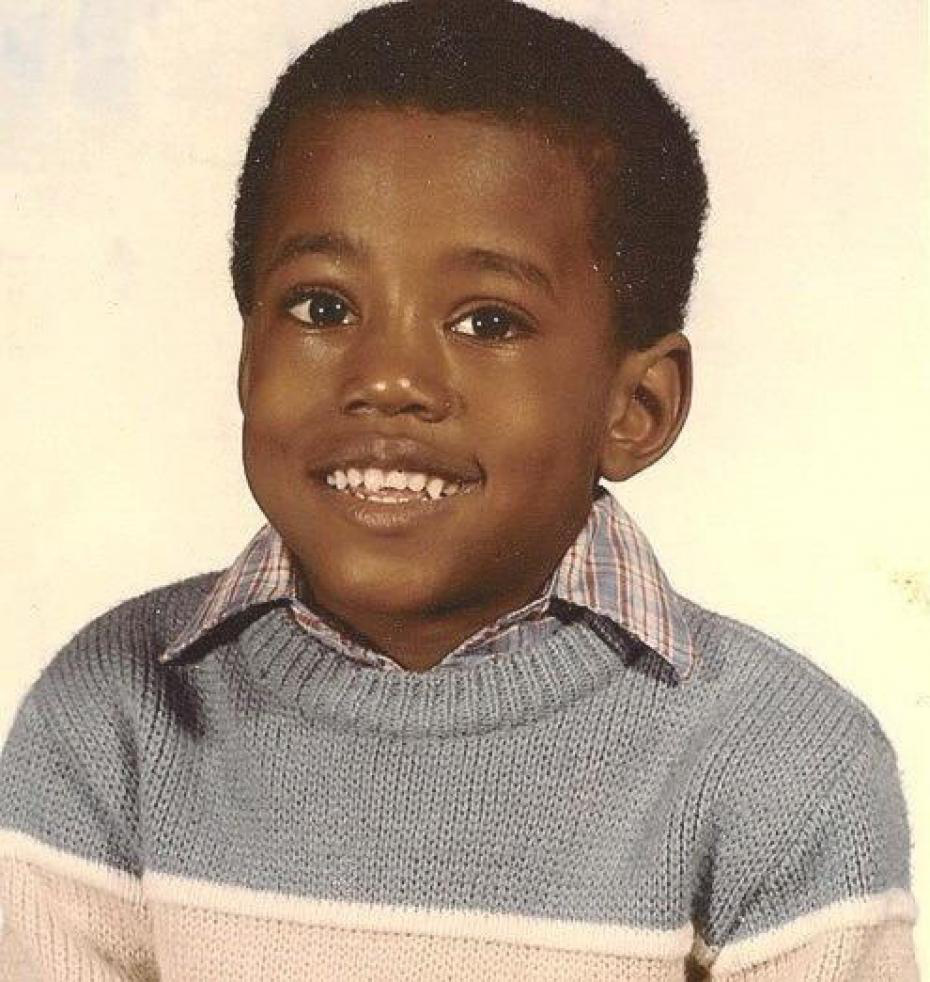 Kanye Omari West, rapper, singer, producer, and entrepreneur was born in Atlanta, Georgia on June 8, 1977 to Donda and Ray West. Donda was an English professor, and Ray, a former Black Panther, was an award winning photojournalist.  West’s parents divorced when he was three, and he moved to Chicago’s south side with his mother when she took a job at Chicago State University.  He spent summers in Atlanta with his father.  As a teen, West immersed himself in the Chicago, Illinois hip-hop scene, writing lyrics and learning production techniques.

Following his graduation from Polaris High School in 1995, West briefly enrolled at the American Academy of Art in Chicago before transferring to Chicago State University where his mother was the Chair of the English Department.  In 1997 West dropped out of college to pursue a full-time music career.

After producing and performing with a variety of local artists in Chicago, West moved to New York City where he was recruited as an in-house producer for Jay-Z’s Roc-A-Fella Records.  He produced hits for numerous artists including Common, Ludicris, and Beanie Sigel before being tapped to work on songs for Jay-Z’s album The Blueprint (2001).  West’s goal, however, remained being a rapper and soon he was set to record for Roc-A-Fella Records, even though label executives Jay-Z and Damon Dash were skeptical as to whether West could make the transition from producer to artist.

In 2002 West was involved in a serious car accident in Los Angeles, California.  Among his injuries was a broken jaw which required reconstructive surgery.  Drawing on his near-death experience, he wrote and recorded his breakout hit “Through the Wire” only weeks after the accident, and with his jaw still wired shut.  The song’s success convinced Roc-A-Fella executives of West’s potential, and they arranged for him to record his debut album The College Dropout (2004), which sold nearly 450,000 copies in its first week, eventually went platinum multiple times, and won the Grammy Award for Best Rap Album.  His next two albums, Late Registration (2005) and Graduation (2007), also won Grammys for Best Rap Album.  West also won a Grammy Award in 2006 in the Best R&B Song category as a writer and producer for Alicia Keys’ hit “You Don’t Know My Name.”

Overall, West has had more than 50 Grammy nominations, and has taken home over 20 trophies.

In 2005 alone he was nominated 10 times.  From awards, to records sold, to critical acclaim, he is one of the most recognized, successful, and celebrated rap artists in music history.

West is no stranger to controversy, whether from saying “[President] George Bush doesn’t care about black people!” in 2005 on a live television broadcast for Hurricane Katrina relief, or from interrupting Taylor Swift’s acceptance speech at the 2009 MTV Video Music Awards.

In 2007 West’s mother Donda died suddenly at 58 of heart disease after complications from plastic surgery.

West acknowledged her unwavering support in the face of both success and criticism, performing his song “Hey Mama” at his first concert following her death.

Kanye West married celebrity personality Kim Kardashian in 2014.  The couple have four children, North, Psalm, Saint, and Chicago.  In September, 2019, the couple purchased two ranches and commercial property totaling nearly 10,000 acres in and around Cody, Wyoming indicating that they would move their family and all of their businesses to the area.

On 19 January, 2021, the media reported that the couple were to divorce.