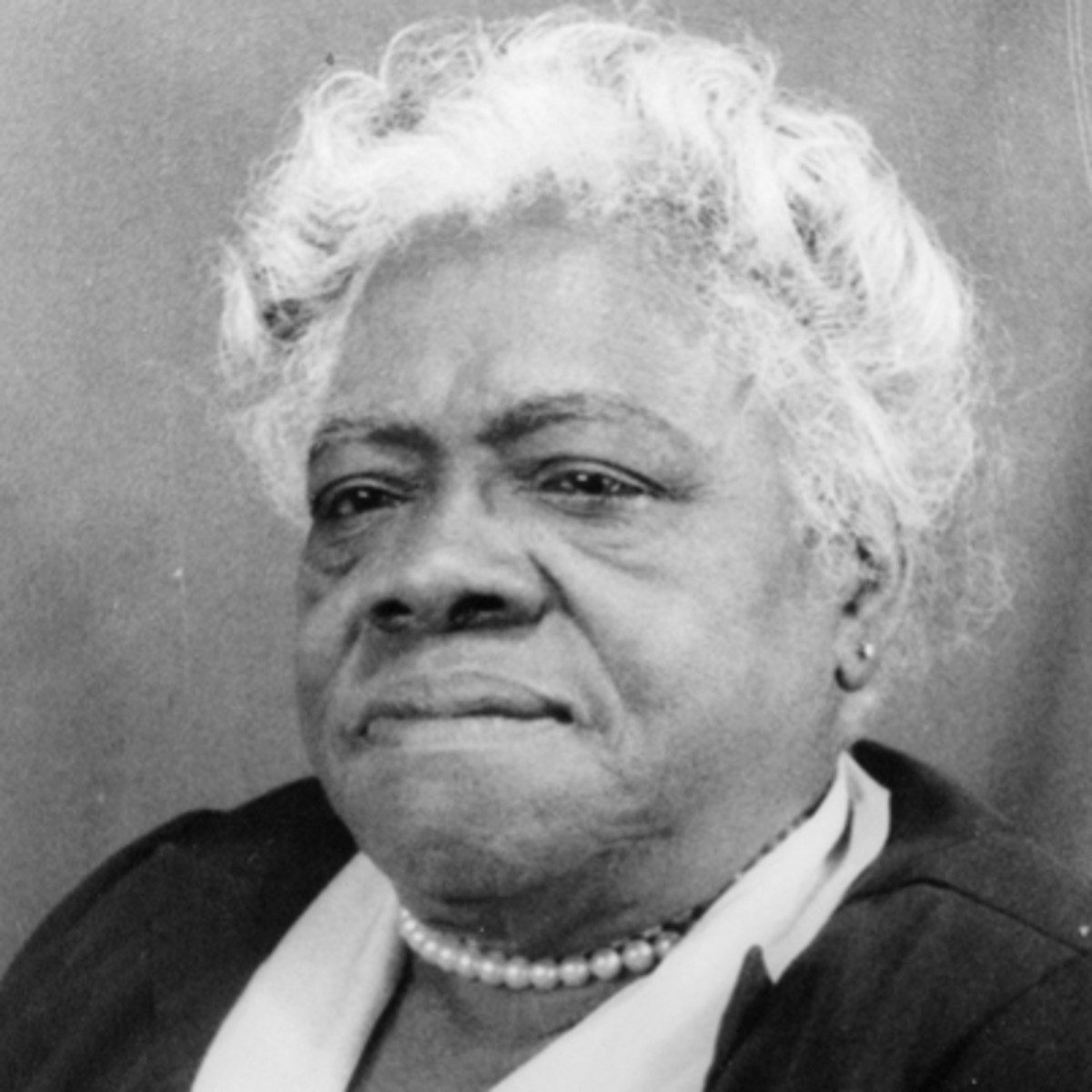 The daughter of former enslaved people, Mary Jane McLeod Bethune became one of the most important Black educators, civil and women’s rights leaders and government officials of the twentieth century. The college she founded set educational standards for today’s Black colleges, and her role as an advisor to President Franklin Delano Roosevelt gave Americans of African origin an advocate in government.

Born on July 10, 1875 near Maysville, South Carolina, Bethune was one of the last of Samuel and Patsy McLeod’s seventeen children. After the Civil War, her mother worked for her former owner until she could buy the land on which the family grew cotton. By age nine, Bethune could pick 250 pounds of cotton a day.

Bethune benefited from efforts to educate Americans of African origin after the war, graduating in 1894 from the Scotia Seminary, a boarding school in North Carolina. Bethune next attended Dwight Moody’s Institute for Home and Foreign Missions in Chicago, Illinois. But with no church willing to sponsor her as a missionary, Bethune became an educator. While teaching in South Carolina, she married fellow teacher Albertus Bethune, with whom she had a son in 1899.

The Bethunes moved to Palatka, Florida, where Mary worked at the Presbyterian Church and also sold insurance. In 1904, her marriage ended, and determined to support her son, Bethune opened a boarding school, the Daytona Beach Literary and Industrial School for Training Negro Girls. Eventually, Bethune’s school became a college, merging with the all-male Cookman Institute to form Bethune-Cookman College in 1929. It issued its first degrees in 1943.

A champion of racial and gender equality, Bethune founded many organizations and led voter registration drives after women gained the vote in 1920, risking racist attacks. In 1924, she was elected president of the National Association of Colored Women’s Clubs, and in 1935, she became the founding president of the National Council of Negro Women. Bethune also played a role in the transition ofBblack voters from the Republican Party—“the party of Lincoln”—to the Democratic Party during the Great Depression. A friend of Eleanor Roosevelt, in 1936, Bethune became the highest ranking African American woman in government when President Franklin Roosevelt named her director of Negro Affairs of the National Youth Administration, where she remained until 1944. She was also a leader of FDR’s unofficial “Black cabinet.” In 1937 Bethune organized a conference on the Problems of the Negro and Negro Youth, and fought to end discrimination and lynching. In 1940, she became vice president of the National Association for the Advancement of Colored Persons (NAACP), a position she held for the rest of her life. As a member of the advisory board that in 1942 created the Women’s Army Corps, Bethune ensured it was racially integrated. Appointed by President Harry S. Truman, Bethune was the only woman of color at the founding conference of the United Nations in 1945. She regularly wrote for the leading African American newspapers, the Pittsburgh Courier and the Chicago Defender.

Additionally, Bethune was a businesswoman who co-owned a Daytona, Florida resort and co-founded the Central Life Insurance Company of Tampa. Honored with many awards, Bethune’s life was celebrated with a memorial statue in Washington DC in 1974, and a postage stamp in 1985. Her final residence is a National Historic Site.