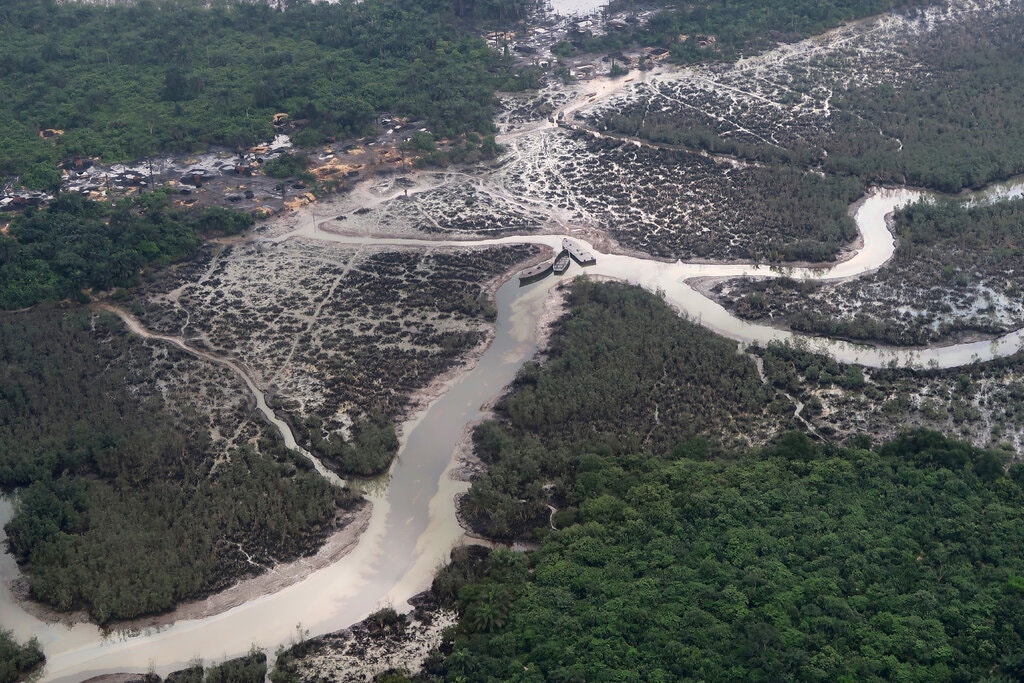 The Dutch energy company has a presence in Britain, and a judge ruled there was “a real issue to be tried.”

LONDON — Britain’s Supreme Court said Friday that a group of about 50,000 Nigerian farmers and fishermen could bring a case in London’s High Court against Royal Dutch Shell over years of oil spills in the Niger Delta that have polluted their land, wells and waterways.

The judges said there was the potential that a parent company like Shell, which has its headquarters in the Netherlands but a large British presence, has responsibility for the activities of subsidiaries like the Shell Petroleum Development Company of Nigeria, which operates in the delta region.

The court overruled a lower court that had said there was no case to be brought against Shell in Britain. On Friday, the judges said there was “a real issue to be tried.”

The ruling is “a watershed moment in the accountability of multinational companies,” said Daniel Leader, a partner in the British law firm Leigh Day, who led the legal team representing the Nigerian communities.

Mr. Leader added that the judgment would most likely increase the ability of “impoverished communities” to hold powerful companies to account. Indeed, courts in Western countries have recently indicated that they were increasingly open to hearing such cases. Last month, a court in the Netherlands ruled that Shell was liable for pollution in another case involving Nigerian farmers.

The Ogale and Bille peoples bringing the case in Britain say their lives have been blighted by years of damage from oil spills from pipelines operated by Shell. Mr. Leader said they were bringing their claims in Britain because the prospects of success in the Nigerian courts were remote, given that few lawyers would take on a case and local potentates might lay claim to money from any judgment. He said that local people lacked access to legal representation and that if they did bring a case, it would most likely take decades to reach a conclusion.

“By that time, everyone is dead,” Mr. Leader said.

Shell routinely blames the damage on sabotage and criminal activity. According to Shell, Nigerian law requires it to pay compensation for spills caused by operational issues but not for damage resulting from sabotage.

“The spills at issue happened in communities that are heavily impacted by oil theft, illegal oil refining and the sabotage of pipelines,” a company spokeswoman said in an email on Friday.

Mr. Leader said a case was now likely to be brought against Shell in Britain, though he suggested that there might be more room for legal maneuvers by the oil company on issues of jurisdiction. Unless Shell settles, the case is likely to take another two or three years, he said. He declined to give an estimate of the damages that the Nigerian plaintiffs might seek, saying the main issue is to force Shell to clean up the spills, something he said Shell had failed to do.

“These communities are chronically polluted; it impacts every aspect of their daily life,” he said.

Shell said the company’s subsidiary in Nigeria cleaned up the mess “regardless of the cause.”

The company is also gradually selling off its properties in the delta, preferring to drill offshore, away from where people live.

CARIBBEAN HISTORIES REVEALED: 20TH CENTURY TRANSITIONS (NATIONAL ARCHIVES, UK)
At the time that this picture was taken, Antigua was under British Colonial rule. Its very existence proves that the British were content to let their subjects live in abject squalor, document it and send it back for filing.

MENELIK SHABAZZ JOINS THE ANCESTORS
Today we received the news that Director Menelik Shabazz had transitioned to become an ancestor while filming his latest movie, The Spirits Return, in Zimbabwe on 28 June 2021.