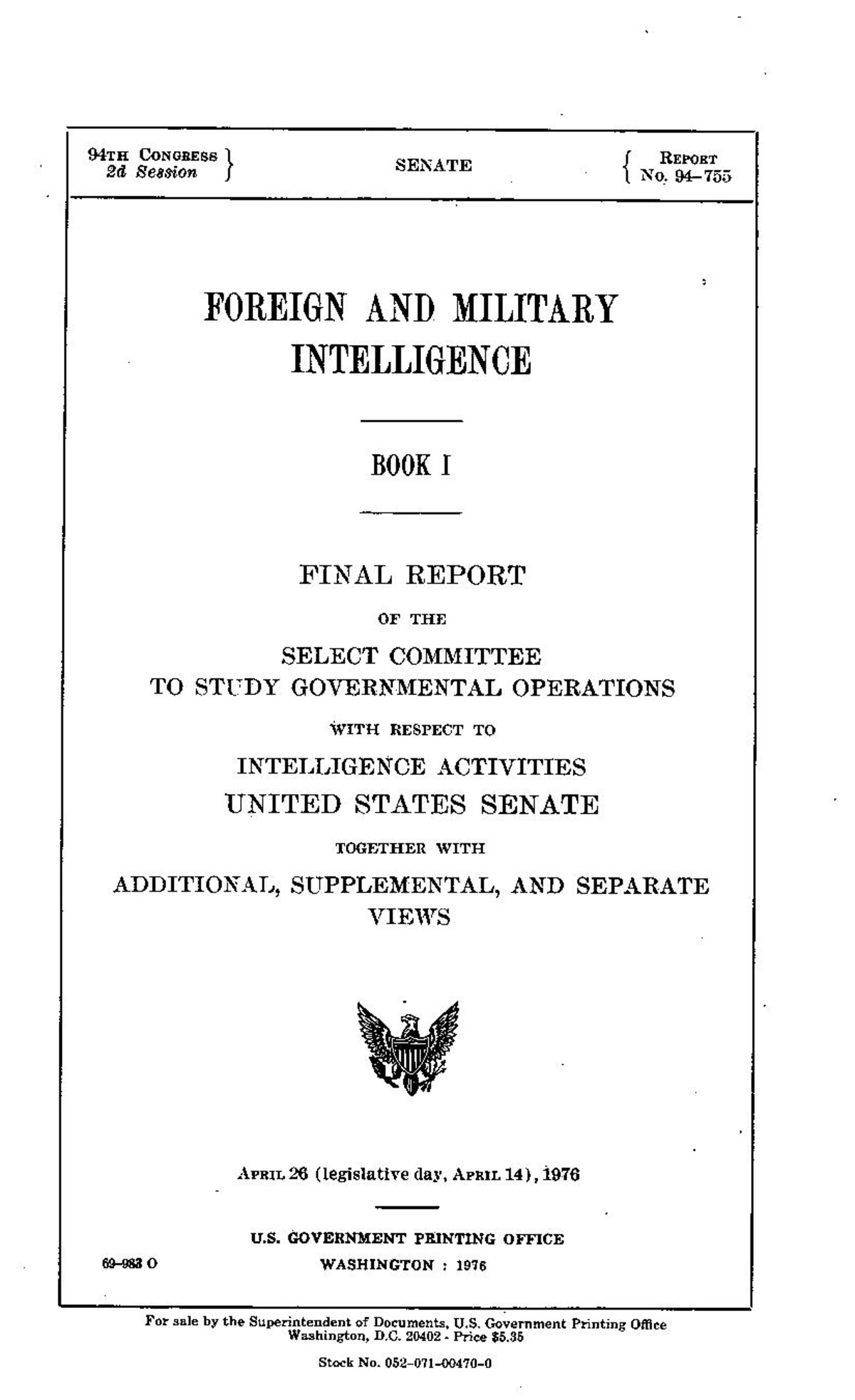 On January 21, 1975, Senator John Pastore introduced a resolution to establish a select committee to investigate federal intelligence operations and determine “the extent, if any, to which illegal, improper, or unethical activities were engaged in by any agency of the Federal Government.” The Senate approved the resolution, 82-4.

The Church Committee investigated and identified a wide range of intelligence abuses by federal agencies, including the CIA, FBI, Internal Revenue Service, and National Security Agency. In the course of their work, investigators identified programs that had never before been known to the American public, including NSA’s Projects SHAMROCK and MINARET, programs which monitored wire communications to and from the United States and shared some of that data with other intelligence agencies. Committee staff researched the FBI’s long-running program of “covert action designed to disrupt and discredit the activities of groups and individuals deemed a threat to the social order,” known as COINTELPRO. The FBI included among the program’s many targets organizations such as the Southern Christian Leadership Conference, the anti-Vietnam War movement, and individuals.

After holding 126 full committee meetings, 40 subcommittee hearings, interviewing some 800 witnesses in public and closed sessions, and combing through 110,000 documents, the such as Martin Luther King, Jr., as well as local, state, and federal elected officials. The committee published its final report on April 29, 1976.

Investigators determined that, beginning with President Franklin Roosevelt’s administration and continuing through the early 1970s, “intelligence excesses, at home and abroad,” were not the “product of any single party, administration, or man,” but had developed as America rose to a become a superpower during a report concluded, “primarily because checks and balances designed by the framers of the Constitution to assure accountability have not been applied.”

In a separate appended view, Senator Tower acknowledged “intelligence excesses” and the “need for expanded legislative, executive, and judicial involvement in intelligence policy and practices.” He cautioned, however, that Congress should not “unnecessarily” restrain the president from exercising discretion in the realm of national security.

The final report included 96 recommendations, legislative and regulatory, designed “to place intelligence activities within the constitutional scheme for controlling government power.” The committee observed that “there is no inherent constitutional authority for the President or any intelligence agency to violate the law,” and recommended strengthening oversight of intelligence activities. The Church Committee’s thoughtful and careful investigative work, which earned it the respect of many members of the Senate, ultimately led to reform efforts throughout the intelligence community.