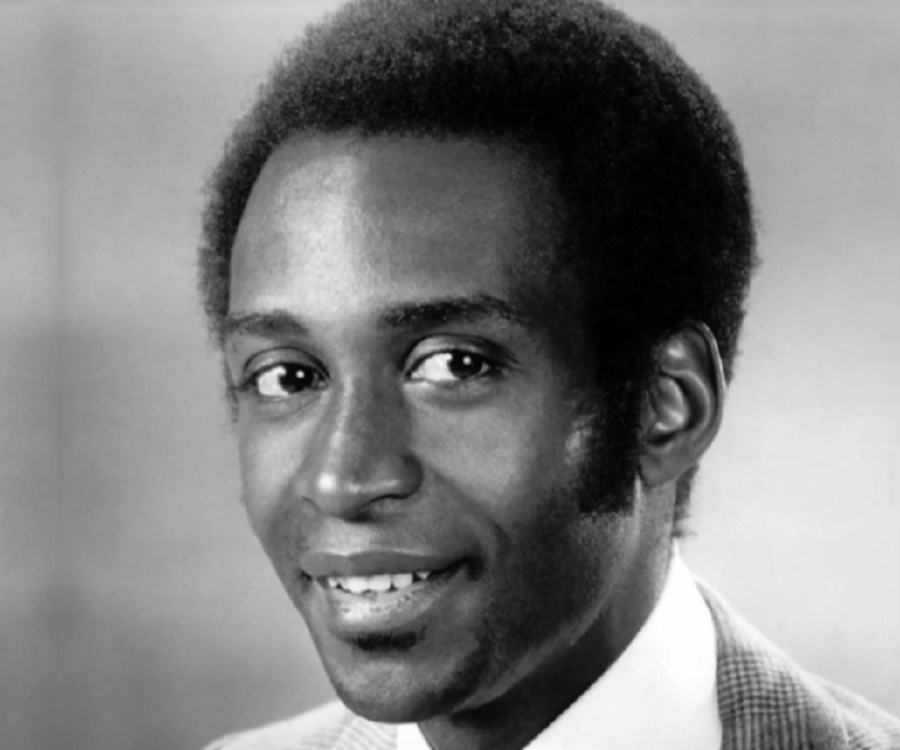 American television, film, and stage actor Cleavon Little (b. Chickasha, OK, 1 June 1939; d. Sherman Oaks, CA. 22 October 1992) is best and most affectionately remembered as Sheriff Bart in Mel Brooks’s western Blazing Saddles (1974). In 1970 Little won the Tony Award® for Best Actor in a Musical for his performance in Purlie, and won the hearts of the national television audience as Dr. Jerry Noland in the 1972 sitcom Temperatures Rising.

Although born in Oklahoma, Cleavon Jake Little grew up in California and went to college in San Diego, beginning at the City College and ultimately earning a bachelor’s degree in dramatic arts at San Diego State. Winning a full scholarship for graduate study at the Juilliard School, he moved to New York, and finished his training in Shakespeare and the classics at the American Academy of Dramatic Arts.

Little’s professional acting debut came in February 1967, when he appeared with Stacy Keach, Paul Hecht, and Rue McClanahan at The Village Gate in MacBird, Barbara Garson’s controversial (but very successful at 386 performances) Shakespearean take-off on LBJ’s rise to the presidency. Cleavon Little played the Muslim Witch. Shortly after MacBird closed (this was the heyday of off-Broadway experimentation and boundary-stretching), Bruce Jay Friedman’s legendary Scuba Duba (October 1967, 692 performances) opened, with Little in the title role (aka “Foxtrot”), alongside Jerry Orbach and Judd Hirsch.

Cleavon Little began to attract attention and to get small roles in television series (Felony Squad, 1968 and 1969) and in films (What’s So Bad About Feeling Good? 1968, John and Mary 1969, Cotton Comes to Harlem 1970). He also made a Broadway debut in Murray Schisgal’s “play with music” Jimmy Shine (December 1968, 161 performances), with Dustin Hoffman in the title role.

But his biggest break came in 1970 when he starred with Melba Moore in the title role of Ossie Davis’s musical Purlie, for which he won the Tony Award® for Best Actor in a Musical and the Drama Desk Award for Outstanding Actor. (Moore won the Musical Drama Desk Award as well, but not the Tony® – this was the year that Lauren Bacall took the crown for rasping her way through Applause.) Purlie played 688 performances, but Little left the cast in March 1971.

Nineteen seventy-one was perhaps the busiest year of Little’s career, and the period during which he made his fastest rise to prominence. In the car-chase movie Vanishing Point, with Barry Newman and Dean Jagger, he played Super Soul, a blind radio DJ with a police scanner who helps the hero evade the cops while speeding from Colorado to San Francisco. (The film, although shoddily produced, has become a cult favorite.) On television he appeared in a pilot for The Waltons (The Homecoming: A Christmas Story) and as a burglar on All in the Family; he also joined the comedy sketch ensemble on television’s The David Frost Revue, with Jack Gilford.

These successes led to an appearance on The Mod Squad and to a regularly recurring starring role in the ABC sitcom, The New Temperatures Rising Show. From 1972 through 1974 he played the irreverent Dr. Jerry Noland, the only common element through three different iterations of the show.

The climax of Cleavon Little’s career was his portrayal of Sheriff Bart in Mel Brooks’s western satire Blazing Saddles (1974), playing opposite Gene Wilder and Madeline Kahn. Originally the role was supposed to be played by Richard Pryor, who had co-written some of the script with Brooks, but the studio executives were nervous about Pryor’s in-your-face personal reputation and chose the affable Little instead. The film earned three Oscar® nominations, and Little received a BAFTA Award nomination as Most Promising Newcomer to Leading Film Roles .

Meanwhile, Little had done another stint on Broadway, the short-lived Narrow Road to the Deep North, in early 1972, and after Blazing Saddles he returned again in another Murray Shisgal comedy, All Over Town(1975), Dustin Hoffman directing. Though it lasted for half a year, the play has since sunk into obscurity. Little’s next Broadway effort, The Poison Tree (1976), a prison drama, was an utter flop, and the actor did not return to the Great White Way for another decade.

A return to Broadway in 1985 starring with his old friend Judd Hirsch in I’m Not Rappaport injected new life into Little’s career. The show won three Tony Awards® – Best Play, Best Lighting, and Best Actor for Hirsch – and played 891 performances, in addition to the 181 it had chalked up off-Broadway before its opening. I’m not Rappaport also toured regional theatres after its closing.

After a tour-de-force performance as Frederick Douglass on the 1988 television miniseries Lincoln, Cleavon Little appeared in an episode of Hirsch’s wry comedy series Dear John and pulled down a 1989 Primetime Emmy Award for Outstanding Guest Actor.

At the Alabama Shakespeare Festival in 1989, Little premiered his one-man show, All God’s Dangers, before arriving off-Broadway in October for a six-week run. He played a rural sharecropper, Nate Shaw, and 24 other minor characters. After that, he was slated to star as a black Congressman in a TV series but the idea was nixed by the genuine black Congressmen in Washington, and the show was cancelled. More movies followed – Fletch Lives (1989) with Chevy Chase, Murder By Numbers (1990), Goin’ To Chicago (1991).

He had two more major recurring television roles, Sal in Bagdad Café (1990) and Ron Freeman in True Colors (1991). Little also played a civil rights lawyer in the television docudrama, Separate but Equal(1991), starring Sidney Poitier as Thurgood Marshall, lead attorney for the NAACP in the 1954 Supreme Court case, Brown v. Board of Education, that desegregated public schools. (Marshall became the first black U.S. Supreme Court Justice in 1967.) Little’s last appearance was in a 1992 episode of Tales from the Crypt.

All told, Cleavon Little acted in ten movies made for TV, 26 TV series, and 25 feature films, and appeared as himself in ten Tony Awards® presentations, television documentaries, and quiz and talk shows. He was the brother of singer DeEtta Little, best known for her performance of “Gonna Fly Now,” the theme song to the film Rocky. For a short time (1972–1974) he was married to Valerie Wiggins, a British subject, and they had one child.

Cleavon Little had suffered from ulcers and other digestive problems over most of his adult life, and took his place with the ancestors at the age of 53. His ashes were scattered at sea in New York Harbor. He has a star on the Walk of Fame at 7080 Hollywood Boulevard.