THE NATION OF ISLAM (US) 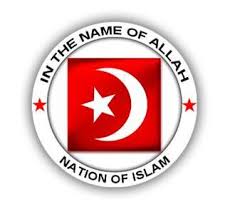 The Nation of Islam was founded by Wallace Fard Muhammad on July 4, 1930 in Detroit, Michigan, USA. The following information is taken from the website noi.org.

NATION OF ISLAM IN AMERICA: A NATION OF BEAUTY & PEACE

On July the Fourth, the day of America’s Independence celebration, He announced the beginning of His mission which was to restore and to resurrect His lost and found people, who were identified as the original members of the Tribe of Shabazz from the Lost Nation of Asia. The lost people of the original nation of African descent, were captured, exploited, and dehumanized to serve as servitude slaves of America for over three centuries. His mission was to teach the downtrodden and defenseless Black people a thorough Knowledge of God and of themselves, and to put them on the road to Self-Independence with a superior culture and higher civilization than they had previously experienced.

He taught us the ways of love and peace, of truth and beauty. We are being led into the path of a new spiritual culture and civilization of complete harmony and peace, one of refinement in the pursuit of happiness and eternal joy in the Supreme Knowledge of God and the Science of everything in life.

IN 1931, THE MASTER WAS preaching this Great Truth of salvation when He met a man named Elijah Poole in Detroit, Michigan. He chose him to be His Divine Representative in continuing this most difficult task of bringing truth and light to His lost and found people. For 3 1/2 years He taught and trained the Honorable Elijah Muhammad night and day into the profound Secret Wisdom of the Reality of God, which included the hidden knowledge of the original people who were the first founders of civilization of our Planet and who had a full knowledge of the Universal Order of Things from the beginning of the Divine Creation.

Upon the Master’s departure in 1934, the Honorable Elijah Muhammad labored tirelessly to bring life to his mentally and spiritually dead people until his return to the Master in 1975. The Honorable Elijah Muhammad identified the Master as being the answer to the one that the world had been expecting for the past 2,000 years under the names Messiah, the second coming of Jesus, the Christ, Jehovah, God, and the Son of Man. When the Honorable Elijah Muhammad asked Him to identify Himself He replied that He was the Mahdi. He signed His name in 1933 as Master Wallace Fard Muhammad to express the meaning of One Who had come in the Early Morning Dawn of the New Millennium to lay the base for a New World Order of Peace and Righteousness on the foundation of Truth and Justice; to put down tyrants and to change the world into a Heaven on Earth.

During the Honorable Elijah Muhammad’s initial 44 years, he suffered persecution & rejection from the very people whom he was appointed as a Servant of God. He was rejected and despised by the 10 percent leaders of America and the world because he revealed a Greater Truth and Wisdom that would end the old world of Satan’s rule and dominion. He was not self-taught or self-made but ONE MIGHTY IN POWER had taught him what he knew not. The Honorable Elijah Muhammad had never received any more than a fourth grade education, yet his heart was true in what he saw and he saw the greatest of the Signs of his Lord.

The more converts that he made in the cities, in the by-ways, and in the highways of this land, along with receiving honor and fame abroad, the powerful leaders and rulers of this world grew in opposition. As the baby Nation of Islam came to birth in America, the world rulers were shaken in their foundation to learn of this miraculous achievement, and are today frustrated in plans to prevent our survival. The theme of the Holy Qur’an and Bible that most clearly defines this struggle is revealed in the history of Pharaoh’s opposition to Moses and Aaron in the delivery of Israel in bondage in Egypt.

THE NATION OF ISLAM WAS founded on the basis of peace and as an answer to a prayer of Abraham to deliver his people who would be found in servitude slavery in the Western Hemisphere in this day and time. The Flag of Islam with the symbols of the Sun, Moon, and the Stars, represent the Universe and is also a Banner of Universal peace and Harmony. Our Holy Temples of Islam were established in America as sanctuaries of peace and higher learning into the Knowledge of the Oneness of God. Our schools are called Universities of Islam and teach the higher meaning of Islam which is Mathematics. We have always been taught to respect the laws of the land. We are taught never to carry arms, to make war or to be the aggressor, for this is against the nature of the righteous. We are taught the Principles of Divine Unity and the Universal Brotherhood of Islam.

We are taught cleanliness inwardly and outwardly with the practice of good manners and respect to one and all. We are taught that the family is the back bone of society and that our children must be reared to reflect the highest morals and training to perfect our society. We are trained to eat and to prepare the best of foods for the longevity of life, without the use of alcohol, smoking and substance abuse which endangers the ethics of healthy living. We are taught to respect and protect our women who are the mothers of civilization.

Our women are taught a dress code of modesty that will lead to the practice of high morality. We are trained to be an exemplary community expressing the highest spiritual goals for the reform of ourselves and others based on wisdom, knowledge and beauty.

Contrary to the inflammatory rhetoric that has been utilized by the news media and some community leaders to condemn the positive effects of Islam’s influence in today’s modern society, just the opposite is being proven true. The Nation of Islam (The Nation of Peace) represents hope to millions of our people in America and around the globe who have been deprived of the high standards of a righteous way of life.

This unity and love so sorely absent from our communities was genuinely exemplified by the millions of participants on the day of the Million Man March held in Washington, D.C., October 16, 1995. The exemplary Spiritual Leadership of Minister Louis Farrakhan in the rebuilding of the Nation of Islam in America is showing the way in the breaking down of barriers of communication throughout the society regardless to one’s religious, racial, or ideological beliefs and views.

Through God’s Divine Guidance, we are extending this Divine Work of moral and spiritual reform throughout the Western Hemisphere. God’s Light and Truth will prevail against the darkness and falsehood of all opposition. In spite of the controversy and clamor surrounding the Nation of Islam and it’s Divine Leader, Minister Louis Farrakhan, we are forging ahead in the Spirit of Almighty God, Allah, to unite with all of humanity in the Oneness of God, where all people of goodwill of every Race and of every Nation may participate in the Universal Expression of the Principles of Peace and the Brotherhood of man. This is the Beautiful Community of the Nation of Islam that is coming to birth in America on this Farthest Western Horizon in fulfillment of the Prophecy that God would meet with Muhammad for a second time and reveal to His servant What He Revealed. Thus the world is witnessing the Sun of Islam arising in the West. Praise the Holy Name of Allah, the Beneficent, the Merciful.

Where do we go from here in the remaining four years of the twentieth century? Will we continue to argue, to condemn, to fight and kill one another; or will we sit down and counsel with one another in seeking a just solution to the problems that beset us in America and in the world? Wisdom decrees that in counsel and in dialogue is the way to peace. Foolishness decrees that if we ignore the warning signs, we will fall into the deeper abyss of Hell. God is the Judge today; and most surely upon Him do the Believers rely!