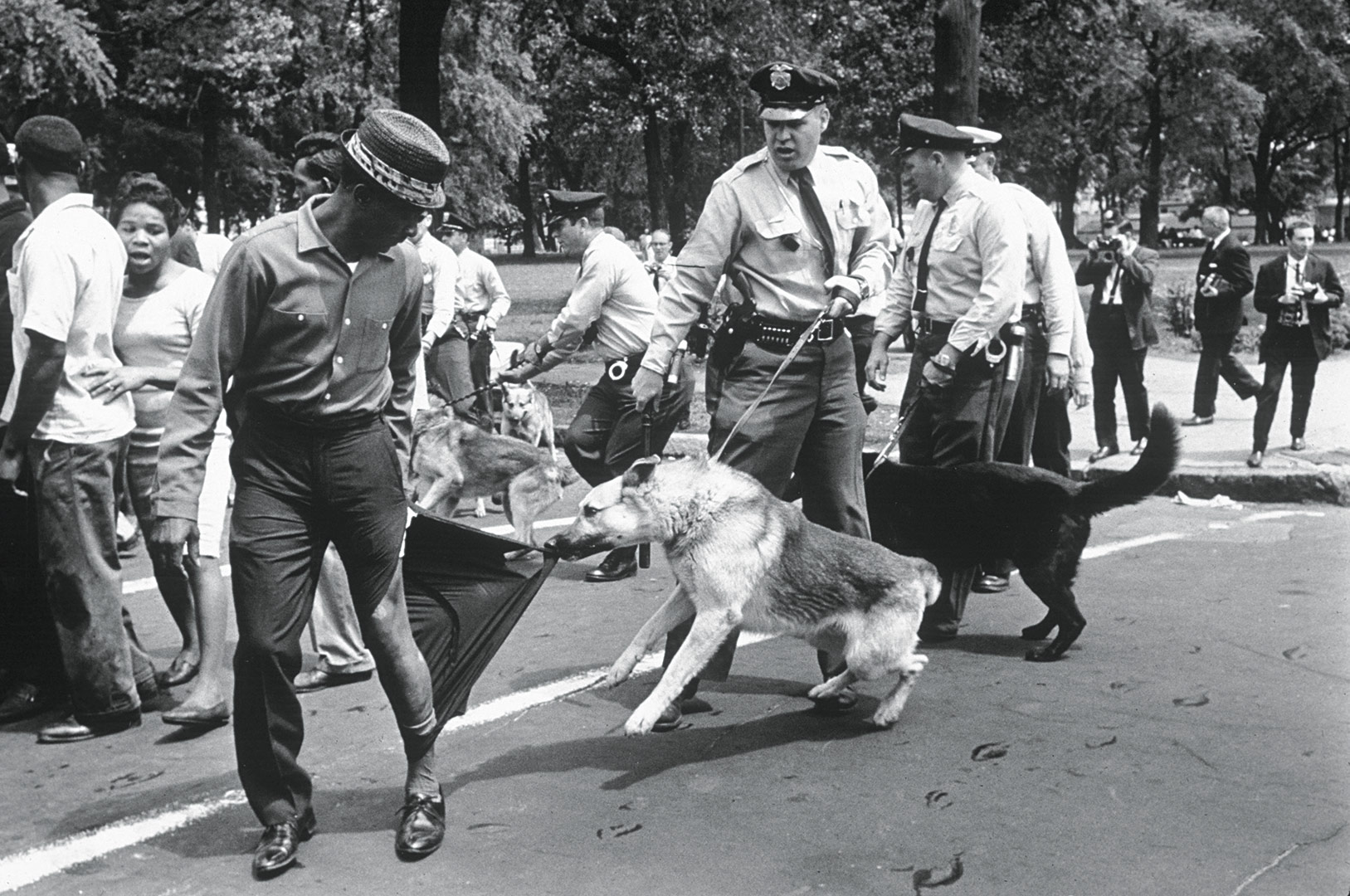 Robin Day reports on the 1963 civil rights demonstrations in Birmingham, Alabama for Panorama.

In the spring of 1963, Martin Luther King organised a large-scale protest campaign in Birmingham, Alabama, where Governor George Wallace had declared his total support for segregation. There was serious violence – the Alabama state police brutally attacked the marchers, using fire hoses, dogs, and tear gas – King and other leaders were arrested.