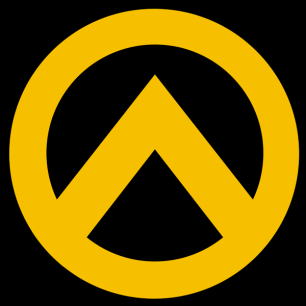 Generation Identity (GI) is a pan-European youth movement that originated in France in 2012 as the youth wing of France’s Les Identitaires movement. GI has since spread to five other regions in Europe. Its newest branch claims to span the United Kingdom and Ireland, which the group claims are “inflicted by extreme multiculturalism.”

To realize these goals, the network has issued five demands: preserve European ethno-cultural identity, defend freedom of speech and opinion against far-left attacks, repatriate illegal immigrants to their countries of origin, promote regional development in African countries to stem emigration, and secure national borders. GI claims it does not “provide a platform for any kind of national-socialist or fascist groups or views.” Nonetheless, GI’s German chapter, Identitäre Bewegung, has reportedly marched alongside neo-Nazi skinheads, and the German neo-Nazi political party NPD has held up GI’s tactics as a model. Austrian GI leader Martin Sellner has also professed the group’s dedication to non-violence, but GI has created militaristic training camps across Europe that feature combat training as well as anti-Islamic and anti-immigrant speakers.

GI has staged numerous public protests, beginning with occupying the site of a future mosque in Poitiers, France, in October 2012. Several of the perpetrators were sentenced to a year in prison in December 2017 on charges of incitement to discrimination and property destruction related to this incident. In March 2016, police arrested 14 GI members after they lit tires on fire during a protest near refugee camps in Calais, France. The GI protesters claimed that they were defending Europe from a “migrant invasion.” In October 2017, GI’s British chapter unrolled a giant banner over London’s Westminster Bridge reading “Defend London: Stop Islamisation.”

GI accuses humanitarian NGOs of smuggling millions of people to Europe from Africa.

It created a spinoff group, Defend Europe, in order to stop what it believes to be illegal human trafficking by refugee aid organizations. In August 2017, Defend Europe members chartered a ship in order to block the transport of immigrants from Libya. They draped it with a giant banner declaring “No Way—You Will Not Make Europe Home.” GI claimed that it received $100,000 in donations to pay for the charter. However, the ship experienced mechanical issues and the GI crew had to be rescued by a ship belonging to the German refugee aid organization Sea Eye. Human rights advocates accuse GI activists of delaying necessary humanitarian rescues with such tactics.

In March 2018, British authorities banned Sellner from entering the country ahead of a speaking engagement.

The British Home Office declared that his entry would not be “conducive to the public good.” The following month, British authorities again denied Sellner entry into the country to attend a GI “European Reunion” conference. Twitter suspended multiple GI accounts in July 2020, including Sellner’s.

Founded in France; maintains chapters in the United Kingdom and Ireland, Germany, Austria, and Flanders, Belgium.

The network includes six regional chapters across Europe and smaller subchapters within those countries. GI’s original French chapter allegedly had some 2,000 members as of 2016.

GI primarily targets European men and women in their 20s and 30s. The movement has a subgroup called Generation Identity Support Group (GISG), targeted to people over 40 to “help us protect our valuable heritage. A heritage that you have handed down.” GI hosts online stores that sell T-shirts and stickers with slogans such as “Stop the Great Replacement,” “Chassons les Islamistes!” (“Hunt the Islamists”), “On est chez nous” (“We are home”), and “Defend Europe,” and the Identitaires magazine, which reports on the activities of GI and Les Identitaires.

On April 14, 2018, GI hosted its “European Reunion” conference in England, which reportedly drew attendees from across Europe. GI livestreamed the conference on Facebook, drawing more than 2,000 views. The group claimed that the event was a success, but Hope Not Hate and anti-fascist Twitter account Anti-Fascist Intel alleged that organizers were forced to relocate the conference from London to Kent the day before and that prominent speakers, including Sellner, were unable to attend.

Sellner also created a mobile app called Patriot Peer to connect GI members and sympathizers. After the crowdfunding website Kickstarter banned the app, Sellner turned to YouTube to raise support. Sellner’s YouTube page had 25,311 subscribers and hosted more than 140 videos as of July 3, 2018. Both Sellner’s Twitter and YouTube accounts were suspended in July 2020.

In June 2018, Facebook finally took action to permanently ban GI from its platforms, citing violations of Facebook’s policies on extremism and hate speech.

With the exception of the Flanders chapter’s page, all of GI’s Facebook and Instagram accounts appeared to have been removed as of July 3, 2018. The Defend Europe website had also been removed as of the same date, though its YouTube page remained active. Related GI Twitter accounts remained active. GI UK & Ireland’s website was offline as of April 2020 and the group had migrated to a BitChute account.  Twitter also suspended Sellner’s account and multiple other GI accounts as part of a purge of more than 50 white nationalist accounts in July 2020.  GI’s Defend Europe YouTube account remained online as of July 14, 2020.

GI is not known to have directly instigated any violent attacks. However, the group has engaged in military-style combat training in preparation for violent confrontation. Some of GI’s protests have also directly threatened others. For example, in October 2016, GI members in Montpellier, France, built a fake wall over which they draped a banner declaring “Refugee-free Montpellier.” GI’s Facebook page declared that the group would not let immigrants “walk around Montpellier in peace.”