DAVE PERFORMING AT THE BRITS 2020 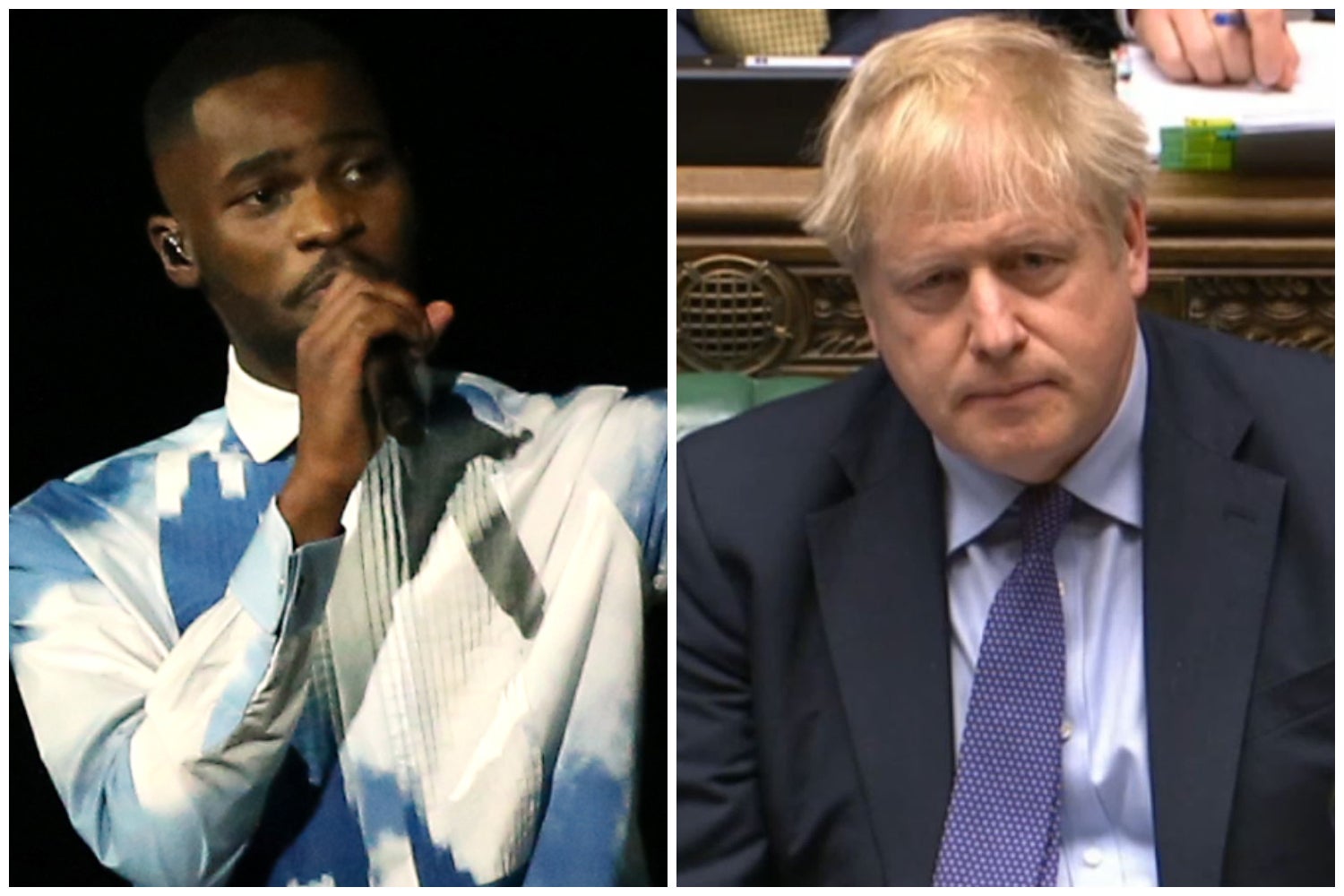 Look, black is beautiful, black is excellent
Black is pain, black is joy, black is evident
Workin’ twice as hard as the people you know you’re better than
‘Cause you need to do double what they do so you can level them
Black is so much deeper than just African-American
Our heritage been severed, you never got to experiment
With family trees, ’cause they teach you ’bout famine and greed
Show you pictures of our fam on their knees
Tell us we used to be barbaric, we had actual queens
Black is watchin’ child soldiers gettin’ killed by other children
Feelin’ sick so quick, this could have happened to me
Mummy watchin’ tellin’ stories ’bout your dad and your niece, listen
The blacker the berry, the sweeter the juice
Kid dies, the blacker the killer, the sweeter the news
And if he’s white, you give him a chance, he’s ill and confused
If he’s black he’s probably armed, you see him and shoot, look

[Verse 2]
Black is growin’ up around the barbershop
Mummy sayin’, “Stay away from trouble, you’re in yard a lot”
Studying for ages, appreciatin’ the chance you got
‘Cause black is in your blood, and you ain’t even got the heart to stop
Black is steppin’ in for your brothers because your father’s gone
Standin’ by your children when you haven’t proven karma wrong
Black is doin’ all of the above, then go and corner shop
Tryna help a lady cross the road to have her walkin’ off
Black is growin’ up around your family and makin’ it
Being forced to leave the place you love because there’s hate in it
People say you’re faking it, never stay for change in it
But black is bein’ jealous, you’d be dead if you had stayed in it
Black is strugglin’ to find your history and tracing it
You don’t know the truth about your race ’cause they’re erasin’ it
Black has got a really sour flavour, here’s a taste of it
But black is all I know, there ain’t a thing that I would change in it

[Verse 3]
Look, black isn’t a single colour, man, there’s shades to it
Her hair’s straight and thick, but mine’s got waves in it
Black is not divisive, they been lyin’ and I’m hating it
Black has never been a competition, we’re all making it
Black is deadly
Black is when you’re freezin’ in your home and you can’t get sleep, but never feelin’ empty
‘Cause you got twenty cousins in your country living stress-free
Walkin’ for their water, daughter wrapped inside a bedsheet
Black is distant
It’s representin’ countries that never even existed while your grandmother was livin’
Black is my Ghanaian brother readin’ into scriptures
Doin’ research on his lineage, findin’ out that he’s Egyptian
Black is people namin’ your countries on what they trade most
Coast of Ivory, Gold Coast, and the Grain Coast
But most importantly to show how deep all this pain goes
West Africa, Benin, they called it slave coast
Black is so confusin’, ’cause the culture? They’re in love with it
Take our features when they want and have their fun with it
Never seem to help with all the things we know would come with it
Loud in our laughter, silent in our sufferin’
Black is bein’ strong inside and facing defeat
Poverty made me a beast, I battled the law in the streets
We all struggled, but your struggle ain’t a struggle like me
Well how could it be when your people gave us the odds that we beat?
I mean, bloody hell, what about our brothers that are stuck in jail?
That couldn’t bust a bale, they held a bird and gotta live with it
Black is bein’ guilty until proven that you’re innocent
Black is sayin’, “Free all my people stuck inside them prison cells”
Think it’s funny, we ain’t got nothin’ to say to them
Unconditional love is strange to them, it’s amazin’ ’em
Black has really got the sweetest flavour, here’s a taste of it
But black is all I know, there ain’t a thing that I would change in it

[Verse 4]
It is racist whether or not it feels racist
The truth is our Prime Minister is a real racist
They say, “You should be grateful we’re the least racist”
I say the least racist is still racist
And if somebody hasn’t said it
Equality is a right, it doesn’t deserve credit
Now if you don’t want to get it, then you’re never gonna get it
How the news treats Kate versus how they treated Megan
Rest in Peace Jack Merritt, you’re my brother in arms
There’s tears in our eyes and love in our hearts
We never had the same background, culture, colour, or past
But you devoted your life to giving others a chance
And for that, I’m so taken aback
Because it gave us all a voice, I have to say it for Jack
As a young black man seeing paper and crack
Giving tougher sentences, it’s just paper and cracks
All he would want is unity, funding for communities
Equal opportunities, people under scrutiny
No more immunity, way less hatred
More conservation, less deforestation
We want rehabilitation, now that would be amazing
But Grenfell victims still need accommodation
And we still need support for the Windrush generation
Reparations for the time our people spent on plantations
I’m done