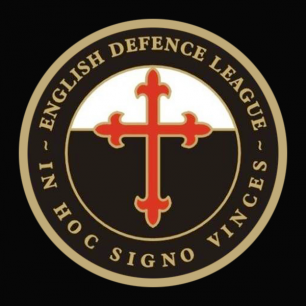 The English Defence League (EDL) believes that British society is under attack by Muslim extremists. Since 2009, the group has held what British media has routinely referred to as “aggressive rallies” across England. The EDL claims to stand for English rights, democracy, and rule of law. Concurrently, the group believes it is a leader in “the struggle against global Islamification.”

The EDL equates illegal immigration with an invasion. It blames Muslim immigrants for importing a culture of terrorism into England and raping English women, a phenomenon that it has dubbed “rape jihad.” The EDL believes that rape jihad is ingrained in Islamic religious texts and foundation. The EDL blames the broader Muslim community for a list of offenses, including denigration and oppression of women, organized sexual abuse of children, support of terrorism, female genital mutilation, honor killings, homophobia, racism, anti-Semitism, and intolerance of non-Muslims.

The EDL was co-founded in Luton, England, in 2009 by Kevin Carroll and Stephen Christopher Yaxley-Lennon, a.k.a. Tommy Robinson. According to Robinson, the two men formed EDL in response to the threat of “militant Islam.” In 2011, EDL members joined vigilante patrols in southeast London and clashed with police. Matthew Collins of the British NGO Hope Not Hate told British media in 2013 that the EDL had become increasingly fascist in its protests and “went from being concerned about extremism, to them radicalising themselves.” A 2013 poll found that 61 percent of Britons believed that groups like the EDL made terrorism more likely.

In October 2013, Robinson and Carroll quit the group, citing concerns of growing far-right extremism within the EDL. Robinson said he was persuaded to leave the group by the British anti-extremism think tank Quilliam, but later said that Quilliam paid him £2,000 a month to make the claim.

In May 2018, Robinson was sentenced to 13 months in prison for contempt of court after filming outside of a jury trial. The following month, thousands of far-right supporters of Robinson marched through London.

British counter-extremism group Hope Not Hate claims that the EDL has suffered a “lethargic and alcohol-fuelled almost comic collapse.”

Nonetheless, the group maintains its active social media presence and continues to stage demonstrations across the country.

Alan Spence claims to be the EDL’s chairman.

The EDL does not maintain membership lists, but media reports suggested the group had approximately 30,000 members as of 2013. British NGO Hope Not Hate claimed in early 2018 that the EDL has collapsed, though the EDL still maintains an active online presence and calendar of events.

The EDL maintains 17 regional chapters throughout England, according to the group’s website. After Facebook suspended the EDL’s accounts in April 2019, the group recommended members use its website forum to connect with each other while the EDL reorganized. The EDL’s main Facebook page had 2,728 likes as of March 19, 2019.

The EDL maintained Facebook pages for each of its 17 regional chapters. Facebook suspended the EDL in April 2019. After Twitter suspended the EDL’s account in 2017, the group created an account on Gab, a social network populated by far-right groups. The EDL’s website also had a forum available to registered members. The EDL also asked for donations through PayPal. PayPal has since suspended the group’s account. PayPal suspended Robinson in November 2018. The EDL’s website was offline as of April 2020. EDL members have created an online radio program on the website BlogTalkRadio. As of June 2020, the show had 286 followers and almost 1,000 episodes.

The EDL claims to be committed to non-violence. Nonetheless, its members have been involved in numerous violent clashes with police and other protesters. The Guardian has produced footage of violent protesters at EDL demonstrations and the group’s plans to elicit violent reactions.  Further, others have reportedly been inspired to violence by EDL propaganda.