BARACK OBAMA: READ OR LISTEN TO THE PREFACE OF HIS NEW BOOK, ‘THE PROMISED LAND’ 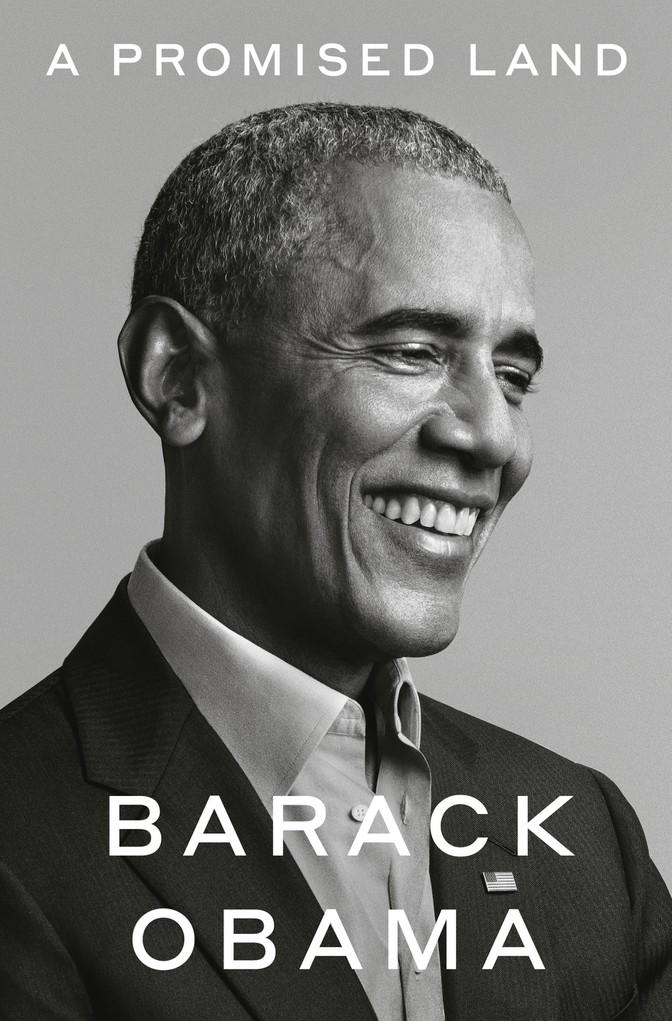 At the end of my presidency, Michelle and I boarded Air Force One for the last time and traveled west for a long-deferred break. The mood on the plane was bittersweet. Both of us were drained, physically and emotionally, not only by the labors of the previous eight years but by the unexpected results of an election in which someone diametrically opposed to everything we stood for had been chosen as my successor. Still, having run our leg of the race to completion, we took satisfaction in knowing that we’d done our very best—and that however much I’d fallen short as president, whatever projects I’d hoped but failed to accomplish, the country was in better shape than it had been when I’d started.

For a month, Michelle and I slept late, ate leisurely dinners, went for long walks, swam in the ocean, took stock, replenished our friendship, rediscovered our love, and planned for a less eventful but hopefully no less satisfying second act. For me, that included writing my presidential memoirs. And by the time I sat down with a pen and yellow pad (I still like writing things out in longhand, finding that a computer gives even my roughest drafts too smooth a gloss and lends half-baked thoughts the mask of tidiness), I had a clear outline of a book in my head.

First and foremost, I hoped to give an honest rendering of my time in office—not just a historical record of key events that happened on my watch and important figures with whom I interacted but also an account of some of the political, economic, and cultural crosscurrents that helped determine the challenges my administration faced and the choices my team and I made in response. Where possible, I wanted to offer readers a sense of what it’s like to be the president of the United States; I wanted to pull the curtain back a bit and remind people that, for all its power and pomp, the presidency is still just a job and our federal government is a human enterprise like any other, and the men and women who work in the White House experience the same daily mix of satisfaction, disappointment, office friction, screwups, and small triumphs as the rest of their fellow citizens. Finally, I wanted to tell a more personal story that might inspire young people considering a life of public service: how my career in politics really started with a search for a place to fit in, a way to explain the different strands of my mixed-up heritage, and how it was only by hitching my wagon to something larger than myself that I was ultimately able to locate a community and purpose for my life.

I figured I could do all that in maybe 500 pages. I expected to be done in a year.

It’s fair to say that the writing process didn’t go exactly as I’d planned. Despite my best intentions, the book kept growing in length and scope—the reason I eventually decided to break it into two volumes. I’m painfully aware that a more gifted writer could have found a way to tell the same story with greater brevity (after all, my home office in the White House sat right next to the Lincoln Bedroom, where a signed copy of the 272-word Gettysburg Address rests inside a glass case). But each time that I sat down to write—whether it was to describe the early phases of my campaign, or my administration’s handling of the financial crisis, or negotiations with the Russians on nuclear-arms control, or the forces that led to the Arab Spring—I found my mind resisting a simple linear narrative.

Often, I felt obliged to provide context for the decisions I and others had made, and I didn’t want to relegate that background to a footnote or an endnote (I hate footnotes and endnotes). I discovered that I couldn’t always explain my motivations just by referencing reams of economic data or recalling an exhaustive Oval Office briefing, for they’d been shaped by a conversation I’d had with a stranger on the campaign trail, a visit to a military hospital, or a childhood lesson I’d received years earlier from my mother. Repeatedly my memories would toss up seemingly incidental details (trying to find a discreet location to grab an evening smoke; my staff and I having a laugh while playing cards aboard Air Force One) that captured, in a way the public record never could, my lived experience during the eight years I spent in the White House.

Listen to the preface as it appears in the book, read by President Obama: · Preface, read by Barack Obama

Beyond the struggle to put words on a page, what I didn’t fully anticipate was the way events would unfold during the more than three and a half years that have passed since that last flight on Air Force One. The country is in the grips of a global pandemic and an accompanying economic crisis, with more than 230,000 Americans dead, businesses shuttered, and millions of people out of work. Across the nation, people from all walks of life have poured into the streets to protest the deaths of unarmed Black men and women at the hands of the police. Perhaps most troubling of all, our democracy seems to be teetering on the brink of crisis—a crisis rooted in a fundamental contest between two opposing visions of what America is and what it should be; a crisis that has left the body politic divided, angry, and mistrustful, and has allowed for an ongoing breach of institutional norms, procedural safeguards, and the adherence to basic facts that both Republicans and Democrats once took for granted.

This contest is not new, of course. In many ways, it has defined the American experience. It’s embedded in founding documents that could simultaneously proclaim all men equal and yet count a slave as three-fifths of a man. It finds expression in our earliest court opinions, as when the chief justice of the United States bluntly explains to Native Americans that their tribe’s rights to convey property aren’t enforceable, because the court of the conqueror has no capacity to recognize the just claims of the conquered. It’s a contest that’s been fought on the fields of Gettysburg and Appomattox but also in the halls of Congress; on a bridge in Selma, Alabama; across the vineyards of California; and down the streets of New York—a contest fought by soldiers but more often by union organizers, suffragists, Pullman porters, student leaders, waves of immigrants, and LGBTQ activists, armed with nothing more than picket signs, pamphlets, or a pair of marching shoes. At the heart of this long-running battle is a simple question: Do we care to match the reality of America to its ideals? If so, do we really believe that our notions of self-government and individual freedom, equality of opportunity and equality before the law, apply to everybody? Or are we instead committed, in practice if not in statute, to reserving those things for a privileged few?

I recognize that there are those who believe that it’s time to discard the myth—that an examination of America’s past and an even cursory glance at today’s headlines show that this nation’s ideals have always been secondary to conquest and subjugation, a racial caste system and rapacious capitalism, and that to pretend otherwise is to be complicit in a game that was rigged from the start. And I confess that there have been times during the course of writing my book, as I’ve reflected on my presidency and all that’s happened since, when I’ve had to ask myself whether I was too tempered in speaking the truth as I saw it, too cautious in either word or deed, convinced as I was that by appealing to what Lincoln called the better angels of our nature I stood a greater chance of leading us in the direction of the America we’ve been promised.

I don’t know. What I can say for certain is that I’m not yet ready to abandon the possibility of America—not just for the sake of future generations of Americans but for all of humankind. I’m convinced that the pandemic we’re currently living through is both a manifestation of and a mere interruption in the relentless march toward an interconnected world, one in which peoples and cultures can’t help but collide. In that world—of global supply chains, instantaneous capital transfers, social media, transnational terrorist networks, climate change, mass migration, and ever-increasing complexity—we will learn to live together, cooperate with one another, and recognize the dignity of others, or we will perish. And so the world watches America—the only great power in history made up of people from every corner of the planet, comprising every race and faith and cultural practice—to see if our experiment in democracy can work. To see if we can do what no other nation has ever done. To see if we can actually live up to the meaning of our creed.

The jury’s still out. I’m encouraged by the record-setting number of Americans who turned out to vote in last week’s election, and have an abiding trust in Joe Biden and Kamala Harris, in their character and capacity to do what is right. But I also know that no single election will settle the matter. Our divisions run deep; our challenges are daunting. If I remain hopeful about the future, it’s in large part because I’ve learned to place my faith in my fellow citizens, especially those of the next generation, whose conviction in the equal worth of all people seems to come as second nature, and who insist on making real those principles that their parents and teachers told them were true but that they perhaps never fully believed themselves. More than anyone else, my book is for those young people—an invitation to once again remake the world, and to bring about, through hard work, determination, and a big dose of imagination, an America that finally aligns with all that is best in us.

This article is excerpted from Obama’s forthcoming book, A Promised Land and was published in TheAtlantic.com

BARACK OBAMA was the 44th president of the United States.