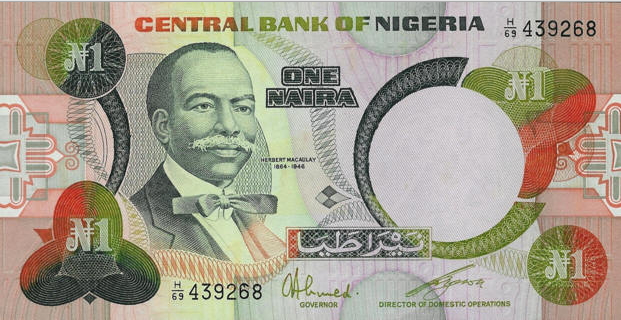 Born in Lagos on November 14, 1864, to Sierra Leone Creole parents, he was the grandson of Bishop Samuel Ajayi Crowther, the founder of the first secondary school in Nigeria, the CMS Grammar School. His father was a strict disciplinarian who ruled his house like a Military set-up. With this firm hand, the young timid Macaulay was forged in fire and would alter the landscape of politics in Nigeria forever.

Upon the completion of his secondary school, he was sent to England to study Surveying, Civil engineering and Piano tuning by the then Colonial government in Lagos as an appreciative gesture of his grandfather’s legacy. He excelled extremely at everything that he did. As a student in England, Macauley, a brilliant chess player represented the West of England in a tournament against Ireland. He got a certificate in music from Trinity College, London and a certificate in violin playing from Music International College, London.

The young and dynamic Macaulay returned to Lagos in 1893 and landed a job shortly after. He gained quick popularity among the Lagos Traditional circle because of his knowledge of Lagos lands and history. Revered for his wisdom, his advice was sorted at every step. His calculated moves around Lagos Island earned him the nickname ‘Ejo ni gboro’ (snake in the town), a name that stuck till his death.

His involvement in Lagos politics reveals how much of a brilliant strategist and maverick Herbert Macaulay was. He was known as the wizard of Kirsten hall because of his ability to obtain classified information which he used against his adversaries so that his house was named “Kristen Hall.”

As a man who stood and fought for the oppression of his people, Macaulay threw himself heavily into the Politics of Lagos. The infamous “Oluwa Land Case” in 1915 brought him to the limelight and saw him emerge as a champion of the masses. This case also made him enemies with the colonial government in Lagos who, in turn, made his life miserable.

Despite his charming attitude and his almost successful career as an Engineer, Journalist and Politician, Herbert Macaulay went through a lot of trials and tribulations in his private life. A good example was the death of his first wife, Caroline Pratt, eight months after they got married. She had complications during her first pregnancy and died with her baby in the process. Shattered by that experience, Macaulay vowed to mourn them with a black bow tie constantly on his neck, a vow he kept until his death. Then there was the loss of his mother in 1920 when he was in England fighting the Oluwa’s Land case. Again, in 1931, he lost two of his oldest children, Frank and Florence Augusta within a month.

Macaulay would later throw himself into the world of black magic, divination, sacrifices and voodoo. Later in his life, he became an extremely superstitious man. As an Ifa priest, he was a member of the Association of Babalawo’s in Lagos and a top chieftain member of the society.

As a result, the colonial government was forced to compensate the chiefs. In retaliation for this, he got jailed. The second time was in 1928 when his Newspaper Lagos Daily News published the planned assassination of the Eleko of Eko by the Colonial government. He was charged with libel and sentenced six months with hard labour in prison at 64 years. This imprisonment made him even more popular among Lagosians.

As the 1st Licensed Land Surveyor in Nigeria with Registration No: 01, he founded the oldest organised professional body in Nigeria ‘Licensed Surveyors Association in 1934 with a group of friends.

In 1946, although advised not to travel because of his failing health, Herbert Macaulay with his young protégée Nnamdi Azikiwe went to Kano campaigning against the Richard Constitution of 1945. At the age of 82, there was no slowing down for the great true son of Lagos. He eventually died in Kano that year.

It is reported that his last words were: “Tell the National Council delegates to halt wherever they are for four days for Macaulay and then carry on. Tell Oged [his son] to keep the flag flying.”

He was buried in Lagos on 11th of May 1946 with important personalities from all over the country coming to Lagos for his burial. Every market in Laos, Nigeria was closed for two days to honour the life and times of this Iconic Man. An Eyo festival was staged to celebrate and escort this illustrious son of Eko to the great beyond. Over 100,000 people followed the casket to the Ikoyi cemetery. For three months, different societies all over the country held one form of service or ceremony to celebrate this unique individual.

History will always be kind to Olayinka Herbert Samuel Heelas Badmus Macaulay. Herbert Macaulay forged the core of the History of Lagos and what would later become Nigeria with his own hands and wits. A man, political scientists and historians, describe as a ‘professional politician,’ he was possibly one of the most controversial and iconic figures in Nigeria’s political history. He didn’t just know how to play the game, but he wrote the rules of the game with his unconventional ways and methods that earned him enemies and allies at the same time.

Macauley was one stylish, flamboyant and charming individual who came to become the core point connector of Lagos politics from 1893-1946. A man of many contradictions, he was. Like the Biblical Joseph with his coat of many colours, ‘HM’ as he is fondly called, was a man’s man in so many ways. An accomplished civil engineer, surveyor, architect, violinist, herbalist, musician, journalist, diplomat, nationalist and politician, he was also the founder of Nigeria’s first political party (Nigerian National Democratic Party), the defender of native rights and liberties and the first Nigerian to own a car.