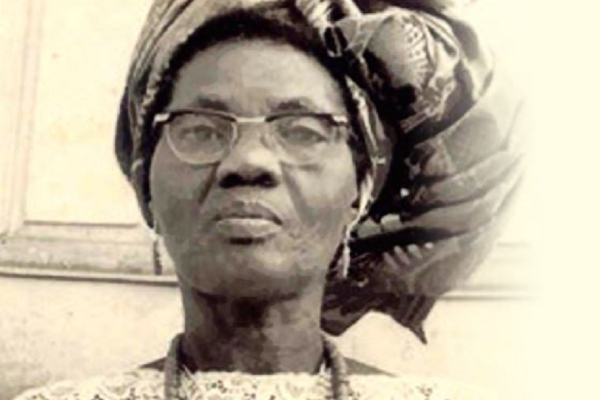 In the late 19th and 20th centuries, massive numbers of African women, poor and rich, educated and uneducated, were deeply involved in resistance to European colonialism/imperialism and male domination at both the national and local levels of their nations. The 1890 rebellion led by Charwe in present-day Zimbabwe, the 1929 women’s rebellion in eastern Nigeria, the 1940s women’s marches in Senegal as part of the strike of African male railway workers so beautifully chronicled in Ousmane Sembene’s God’s Bits of Wood (1960), the Mau Mau rebellion in Kenya, the revolution against the French in Algeria, and women’s roles as troop support and combatants against the Portuguese in Angola and Mozambique and against apartheid in South Africa are among the many examples of women centered in African resistance to colonialism and African nation-building. In all of these struggles women did not isolate their struggles as women from their struggles as oppressed people.

Born on October 25, 1900, Fela Kuti’s mother was a notable political campaigner, particularly on women’s rights. She was involved in a great variety of organisations, including the National Council of Nigeria and the Cameroons (where she was also President of the Women’s Association of the organisation’s Western branch), and the Women’s International Democratic Federation, springing from the French resistance movement in 1945 and backed by the former Soviet Union.

This resulted in the formation of the Abeokuta Ladies’ Club in 1944 (later the Abeokuta Women’s Union) which rose to a membership of some 20,000 local women, later going national as the Nigerian Women’s Union.While much of her work championed women’s rights, her activism sprang from a grassroots perspective and she acted in the interests of the poor and disadvantaged, whether male or female.

She travelled widely including to China where she met Mao Tse-tung and she was in the company of such people as Nelson Mandela and Pablo Picasso as winner of the Lenin Peace Prize, which was awarded to her in 1970. Labelled a communist in the United Kingdom and the United States, she nevertheless insisted throughout that she had the ‘improvement and liberation of Nigerian women’ as her primary objective. In the late 1960s she was awarded an honorary doctorate from the University of Ibadan in Nigeria and was entered into the International Women’s Who’s Who (1969).

She founded the Abeokuta Women’s Union in collaboration with Grace Eniola Soyinka, her sister-in-law and the mother of another internationally renowned member of the Kuti dynasty, Wole Soyinka.

British rulers of Nigeria had hoped that Funmilayo Ransome-Kuti could be an emblem of their “benevolent imperialism”. Instead she numbered among their most feared opponents—and was popularly known as the “Lioness of Lisabi”. As the daughter of a wealthy chief, she had been packed off to finishing school in Cheshire in 1919.

It was expected that she’d return home and take a place among the native elite. At school she was taught “British values”, alongside the “crucial’ skills” of elocution and domestic management. But once back on Nigerian soil she turned her back on those values and instead battled for the rights of women and workers.

The police then banned protests. But Ransome-Kuti organised what she called a “picnic” at the palace that drew more than 10,000 women. When police attacked with tear gas, she trained her supporters in how to deal with the canisters. Finally, the government gave in, the tax was abolished and Ademola was forced to abdicate—at least temporarily. Next she helped start a similarly victorious movement over water taxes.

Ransome-Kuti learned from the movements.

She said “The true position of Nigerian women had to be judged from the women who carried babies on their backs and farmed from sunrise to sunset, not women who used tea, sugar, and flour for breakfast”.

Instead of using her well-learned English to endear ­herself to the elites, she insisted on addressing ­meetings and negotiations in Yoruba.

Ransome-Kuti was the only woman on a national delegation to London to demand freedom for Nigeria.

The article was an attack on colonialism for ­pushing women into second class citizenship.

And, instead of hob-knobbing with the rich, she told the press at home that a highlight of her visit was meeting with British factory workers. Ransome-Kuti declared herself to be an “African socialist” and aligned herself with the Communist bloc in the growing Cold War.The years that followed Nigerian independence in 1960 were difficult to navigate politically. Ransome-Kuti’s sympathies often led her to follow “advice” coming from Russia and China.

So when the military launched a coup in 1966 she supported it.

The Kuti family had a connection to Nigeria’s poor that few politicians had.

When over 1,000 police raided Fela’s home compound in February 1977, Ransome-Kuti was thrown from a second floor window and would soon die from her injuries, on April 12, 1978. Those in power had once felt the lash of her tongue. Now they rushed to praise her spirit in the vain hope that the radicalism she represented would lie with her in the grave.