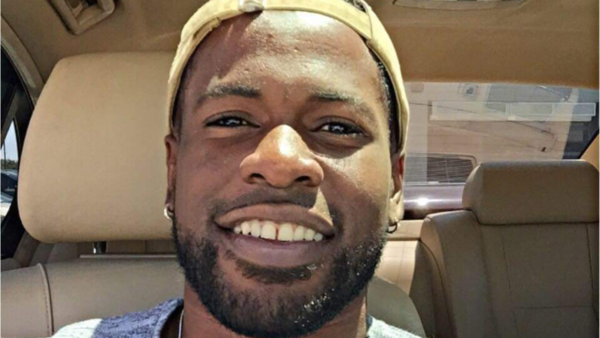 Jonathan Price is the latest black man to become a hashtag after being killed by a police officer.

What is said to have happened

Jonathan was shot and killed by police in Texas over the weekend, when he tried to break up an altercation in a convenience store. According to a statement posted to Facebook on Oct. 4 by civil rights attorney Lee Merritt, 31-year-old Jonathan Price tried to clarify the situation to police before he was killed.

“Yesterday he noticed a man assaulting a woman and he intervened,” said Merritt, who is representing Price’s family. “When police arrived, I’m told, he raised his hands and attempted to explain what was going on. Police fired tasers at him and when his body convulsed from the electrical current, they ‘perceived a threat’ and shot him to death.”

WFAA reported that on the evening of Saturday, Oct. 3, Price was gunned down at a Kwik Check gas station. Witnesses said that Price struggled to break up the argument inside the store, but it moved outdoors, and when officers encountered the scene, Price was the person who was shot.

Officials in Wolfe City, a small town of roughly 1,500 people about an hour northeast of Dallas, issued a brief statement on Sunday morning. “On October 3, 2020 an Officer involved shooting occurred in Wolfe City. The Officer has been placed on administrative leave pending an investigation of this matter by the Texas Rangers. No further information is available for release at this time.”

In an interview with WFAA, Price’s mother Marcella Louis said her only son was a “hero.” “He had a good heart. He always tried to help others. I taught him that all through the years,” Louis said.

Price, who was a fitness trainer, was well known for his giving and supportive heart, said relatives, who also said Price worked for Wolfe City’s public works department.

Now details have emerged that reveal Price, 31, tried to shake Wolfe City police Officer Shaun Lucas’ hand before he was gunned down by him.

An affidavit by Texas Rangers obtained by CBS Dallas Fort Worth says Lucas was “greeted by a male subject later identified as Jonathan Dwain Price. Price came very close to Officer Lucas asking ‘you doing good’ multiple times while extending his hand in a handshake gesture.”

According to statements from witnesses, Price was trying to defend a woman involved in a domestic dispute at a convenience store in Wolfe City, Texas, sometime after 8 p.m. on Saturday, Oct. 3. Police were called to the scene and, when Lucas arrived, Price tried to explain the situation. Still Lucas tried to detain Price.

The affidavit says Price walked away and said, “I can’t be detained,” which prompted the 6-foot-1, 240-pound Lucas to first tase him, then, after Price turned around and began walking toward Lucas, shoot him four times, hitting him in the upper torso. Price later died at a nearby hospital.

“The actions of Officer Lucas were not objectionably reasonable,” investigators determined, adding Lucas “intentionally and knowingly cause[d] the death of Price.”

Past social media posts from Price taking up for police, in which he described never experiencing mistreatment at the hands of cops, were shared widely in the days since his slaying.

In a Facebook post dated June 15, Price wrote “i’ve passed a sobriety test after leaving a bar in Wylie, Texas by 2 white cops and still let me drive where I was headed, and by the way, they consider Wylie, Texas to be VERY racist. I’ve never got that kind of ENERGY from the po-po. … Not saying black lives don’t matter, but don’t forget about your own, or your experiences through growth/waking up.”

Price also said protestors were increasing the chances of Black people getting pulled over by police due to an “idiotic stunt, [and] aggressive rioting” on May 31.

“You won’t survive white supremacy by uplifting your oppressor or their ideas. He may not have learned it, but maybe others will learn by this incident,” one user wrote.

Attorney Lee Merritt, who is representing the Price family, rebuked the backlash against Price’s pro-police stance in a Facebook post Tuesday, Oct. 6. He said it was irrelevant to the real issue. “A post JP made explaining that he never had a negative experience with a police officer has been the subject of much unnecessary and often irreverent banter. This may have been JP’s first negative encounter with a racist white police officer. If he survived the encounter maybe his perspective on systemic racism would have changed. We’ll never know because he is dead at the hands of a brutal cop,” Merritt wrote. “I pray his family can lay him to rest without feeling compelled to defend the value of his life. Black lives matter and black minds differ … but we’re all in this together— whether we like it or not,” Merritt added.

Lucas, 22, had been with the Wolfe County Police Department for less than six months when he killed Price, reported USA Today. He was arrested and charged with suspicion of murder, Monday, Oct. 5. He was booked into Hunt County Jail on $1 million bond. By Wednesday he had been transferred to the jail in nearby Collin County.

Merritt said Price’s “family was cautiously relieved.” Price’s mother, Marcella Louis, said Lucas’ arrest brought her some form of solace, but she will miss her son.

“My son didn’t deserve this,” Louis said. “He really didn’t. He helped everybody in this community and had a big heart and spirit. I’m going to miss just seeing his smiling face.”