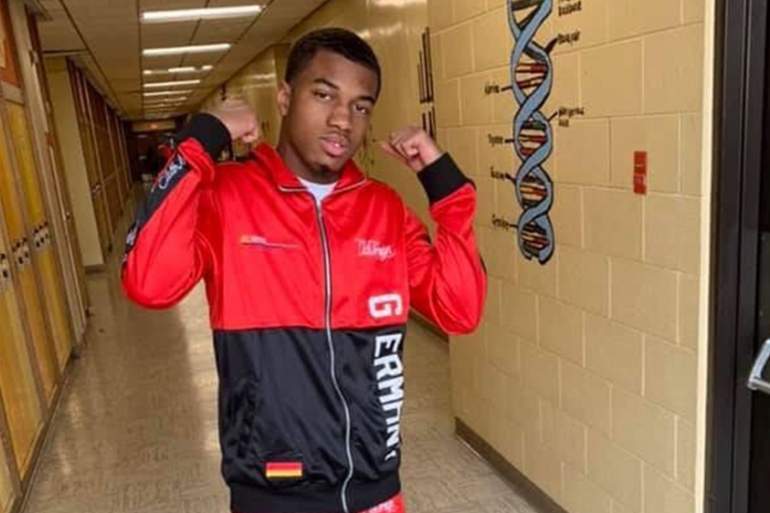 ALVIN Cole was a 17-year-old Black teenager who was shot and killed by Wisconsin officer Joseph Mensah in Wauwatosa, Wisconsin, USA, on 2 February, 2020.

Officials recently revealed that Mensah will not be charged with Cole’s death, prompting citywide protests from Black Lives Matter advocates.

Teenager Alvin was the third person that Mensah has shot dead in 2020. All are said to have been killed by him, in the line of duty

The two other shootings were also found to be in self-defense and Mensah was not charged for either.

Former US Attorney Steven Biskupic wrote that keeping Mensah on the force “creates an extraordinary, unwarranted and unnecessary risk to the Wauwatosa Police Department and the City of Wauwatosa.”

What is said to have happened

Alvin entered the Mayfair Mall in Wauwatosa on the evening on February 2. An argument broke out between a group Alvin was with and a male passer by. Alvin, who was carrying a fanny pack (known as a bum bag in the UK) , flashed a gun at the man, who then attempted to wrangle it from him. At roughly the same time, 911 calls started coming in.

Milwaukee County District Attorney John Chisholm said in a statement released October 7 that Cole began to flee from police when they arrived. Police can be heard yelling, “Drop the gun,” and, “Get on the (expletive) ground,” in a squad car video released by authorities. Chisholm said that Alvin shot himself in the arm while he ran. Shortly after, officer Joseph Mensa, opened fire on the teenager. The gun that was found at the scene was reported stolen in October 2019.

What will happen to officer Joseph Mensah?

The prosecutor reviewing Alvin’s case revealed on October 7 that Mensah will not be charged for his death.

District Attorney Chisholm wrote in a letter to the Wauwatosa police chief that there was “sufficient evidence” that showed that Mensah’s use of deadly force was necessary and that “that belief was objectively reasonable.”

“[Cole] was encountered by Wauwatosa police officers in the parking lot of Mayfair Mall, ran from the police, discharged the firearm and was ordered to surrender the weapon,” Chisholm wrote.

“He did not surrender the weapon and was fired upon by Officer Mensah causing his death. I do not believe that the State could disprove self-defense or defense of others in this case and therefore could not meet the burden required to charge Officer Mensah,” he continued. With this I conclude my criminal review of the matter,” Chisholm wrote about his decision.

“We’ve always maintained that Officer Joseph Mensah should be held accountable for his actions, and unfortunately today, we disagree with Chisholm’s assessment of what he saw,” Kim Motley, an attorney for Cole’s family, told reporters on October 7.

A period of 15 seconds, six months ago, have led to a summer of protests, calls for change and justice in Wauwatosa.

“the mother and sisters of a Black teenager who was killed by a suburban Milwaukee, Wisconsin, police officer were arrested during a curfew-defying protest against a decision not to charge the officer with Alvin Cole’s death.

Cole’s mother, Tracy Cole, was arrested around 8:30pm local time (00:30 GMT) on Thursday “for peacefully protesting”, their lawyer Kimberley Motley tweeted, and taken to hospital with injuries to her arm and forehead.“