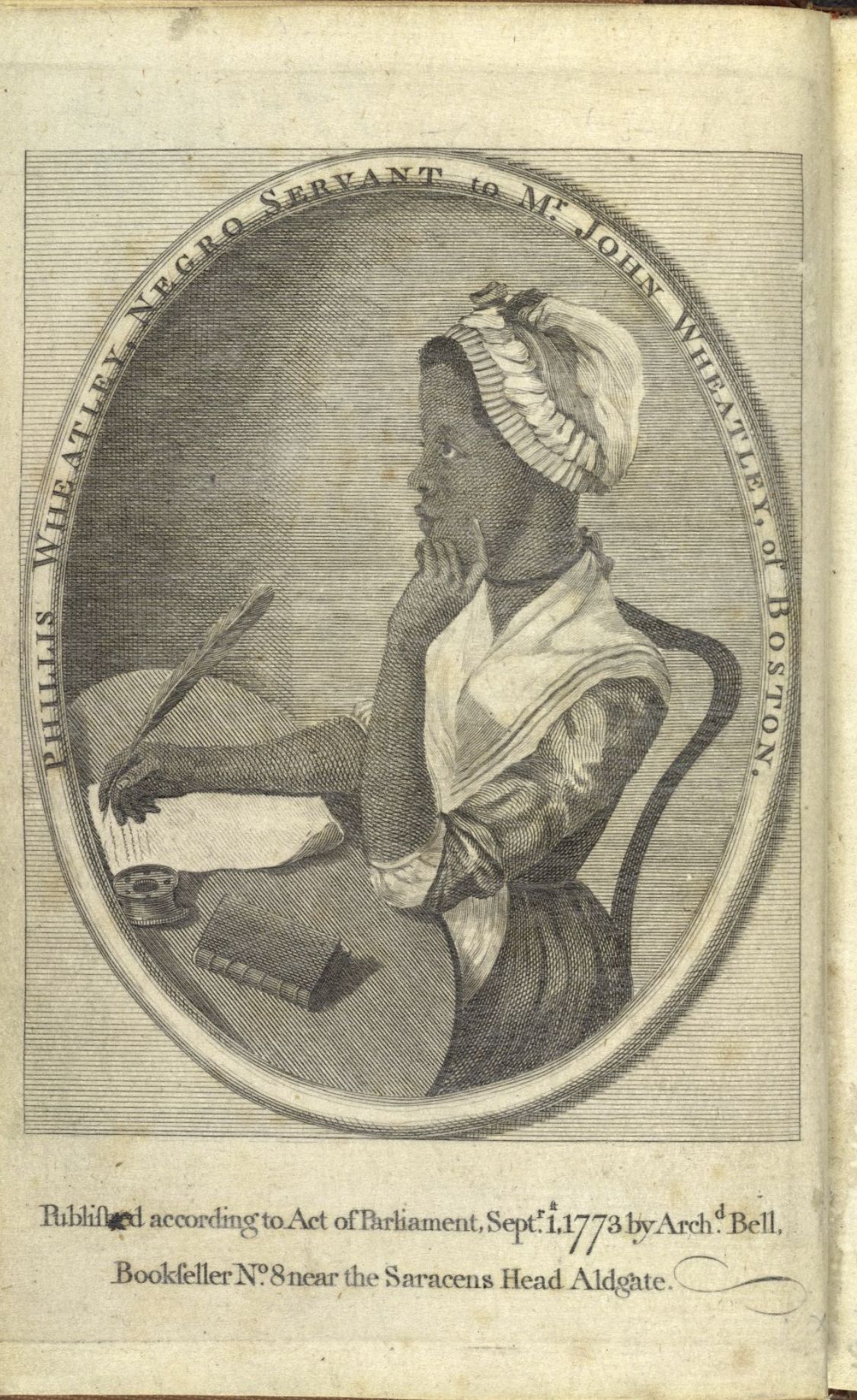 Phillis Wheatley: Poetry and the role of the imagination

Shortly before Ignatius Sancho’s death he mentioned in a letter the case of a young enslaved Black woman who had authored a collection of poems. He raised the point that none of the purchasers of her poetry had been moved to buy her freedom. He referred to her as a ‘Genius in Bondage’. The young woman was Phillis Wheatley, and her book Poems on Various Subjects, Religious and Moral was published in London in 1773, when she was about 19. Wheatley, like Sancho and Cugoano, had been taken from Africa as a child. One of her poems, published in London five years after her death, illustrates the impact of her forced removal:

I, young in life, by seeming cruel fate,
Was snach’d from AFRIC’s fancy’d happy seat;
What pangs excruciating must molest,
What sorrows labour in my parents’ breast?
Steel’d was that soul and by no mis’ry mov’d
That from a father seiz’d his babe belove’d;
Such-such my case; and can I then but pray
Others may never feel tyrannic sway?

She had been sold to the family of John Wheatley, a lawyer in Boston, Massachusetts. The family, unusually for the time, encouraged her education. In 1772 she travelled with them to London, where a publisher was found for her growing body of work.

Her best known and most controversial poem, ‘On Being Brought from Africa to America’, was seized upon by pro-slavery individuals and groups who viewed it as a justification for human trafficking. They claimed that Phillis’s poem was an African voice seeming to give thanks for being removed from that continent and delivered into the knowledge of Christianity.

‘Twas mercy brought me from my Pagan land,
Taught my benighted soul to understand
That there’s a God, that there’s a Saviour too:
Once I redemption neither sought nor knew.
Some view our sable race with scornful eye,
‘Their colour is a diabolic die.’
Remember, Christians, Negros, black as Cain,
May be refin’d, and join th’ angelic train.

Abolitionists, for their part, also supported Wheatley as they did other African writers, arguing that by their literary merit and Christian witness they were living proof of the slave trade’s immorality.

Phillis returned to the United States with the Wheatleys. Following an unhappy marriage to a free Black man she died in poverty in 1784, aged 31.

One of her less celebrated poems, ‘On Imagination’, perhaps offers the clearest insight into the inner world of these ‘unchained voices’. Here, Wheatley seems to capture their need to remake the world with words and to write their times and their people into existence:

Imagination! who can sing thy force?
Or who describe the swiftness of thy course?
Soaring through air to find the bright abode,
Th’ empyreal palace of the thund’ring God,
We on thy pinions can surpass the wind,
And leave the rolling universe behind:
From star to star the mental optics rove,
Measure the skies, and range the realms above.
There in one view we grasp the mighty whole,
Or with new worlds amaze th’ unbounded soul.

Written by S I Martin