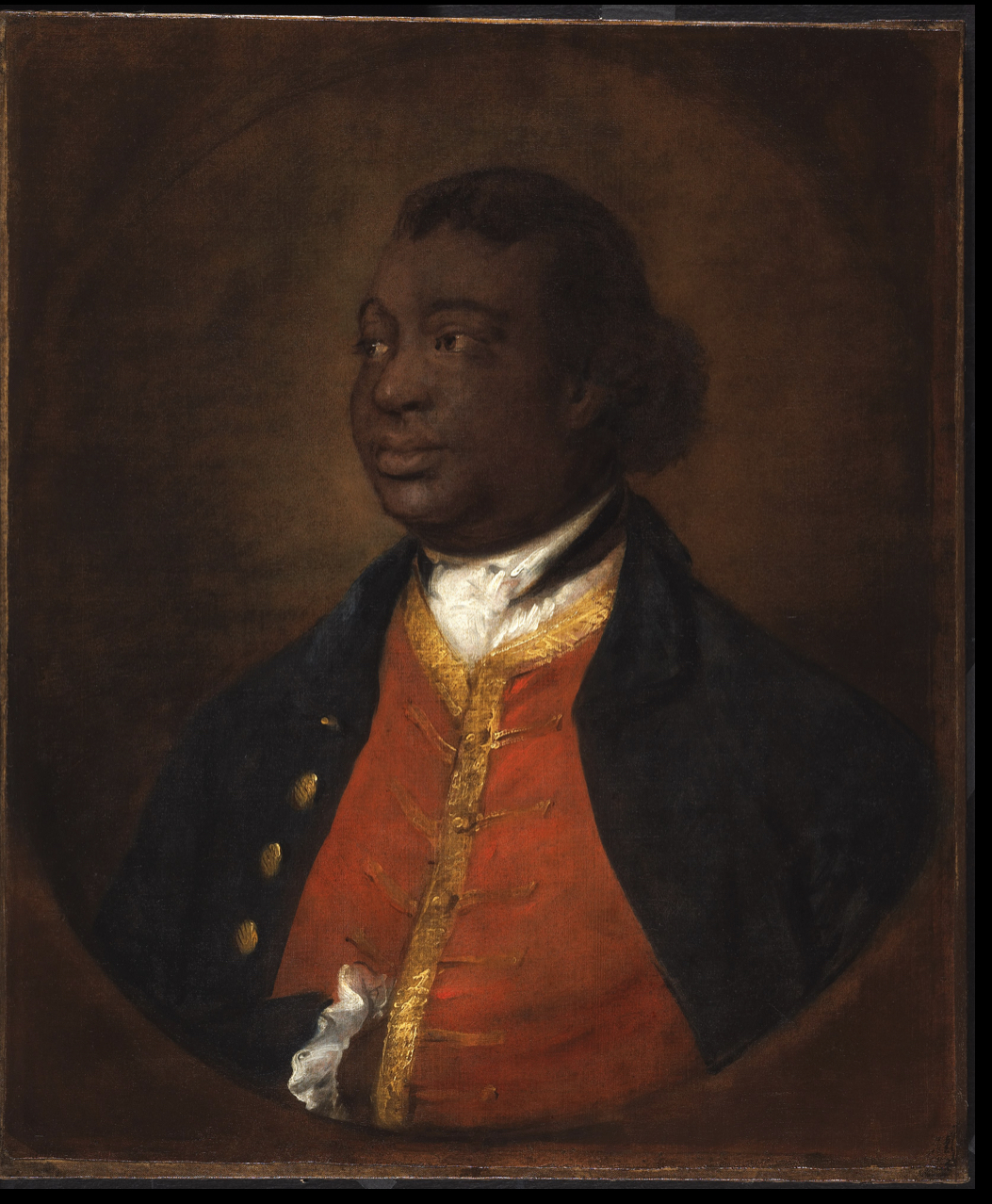 Ignatius Sancho, a Black contemporary of Olaudah Equiano and Ottobah Cugoano, expressed the need for abolition in less politicised though equally powerful ways. Joseph Jekyll’s biography, written two years after Sancho’s death, claimed that Sancho was born on board a slave ship. He was brought to Britain as an infant and put to work as a household slave for a family in Greenwich, London. In common with most slave masters, the family discouraged his desire to read.

I am one of those people whom the vulgar and illiberal call ‘Negurs.’ – The first part of my life was rather unlucky, as I was placed in a family who judged ignorance the best and only security for obedience. (Vol. 1, letter 35, to Mr Laurence Sterne, July 1766)

Sancho’s quest for learning was supported by the Duke of Montagu, who encouraged him to borrow books from his extensive library. After running away from the Greenwich house and briefly working as a butler for the Montagus, he became a shopkeeper with premises and property in Westminster.

His love of literature stayed with him throughout his life, and he cultivated friendships with many of the leading artistic and cultural figures of the age, including the novelist Laurence Sterne. His Letters, posthumously published in 1782, shows him to have been a powerful but shrewd critic of the slave trade:

… I must observe your country’s conduct has been uniformly wicked in the East – West Indies – and even on the coast of Guinea. – The grand object of English navigators – indeed of all Christian navigators – is money – money – money … But enough – it is a subject that sours my blood – and I am sure will not please the friendly bent of your social affections. – I mentioned these only to guard my friend against being too hasty in condemning the knavery of a people who bad as they may be – possibly – were made worse by their Christian visitors. (To Mr Jack Wingrave, 1778)

It is clear in this extract that Sancho is mindful of the prejudices held by some of his friends and correspondents, while still needing to broadcast the ugliness of enslavement. Despite his high-society associations, his ownership of property and his right to vote, Sancho was always aware of his African heritage:

Ignatius Sancho died in 1782. His shop was taken over by his son William, who converted the premises to a printing and publishing business where he published the fifth edition of his father’s letters in 1803.

Written by S.I. Martin. S I Martin was born in Bedford and has worked as a journalist for The Voice and Bulletin. He is the author of a novel, Incomparable World (1996), which tells the story of three black exiles living in 18th-century London; and a non-fiction title, Britain’s Slave Trade (1999), published to accompany a television series screened on Channel 4.S I Martin lives in South London where he works as a researcher and writer of Black history. In 2007 his children’s novel, Jupiter Williams, was published. It tells the tale of a boy who lives in the African Academy in Clapham, London, in 1800. His latest book is Jupiter Amidships (2009).