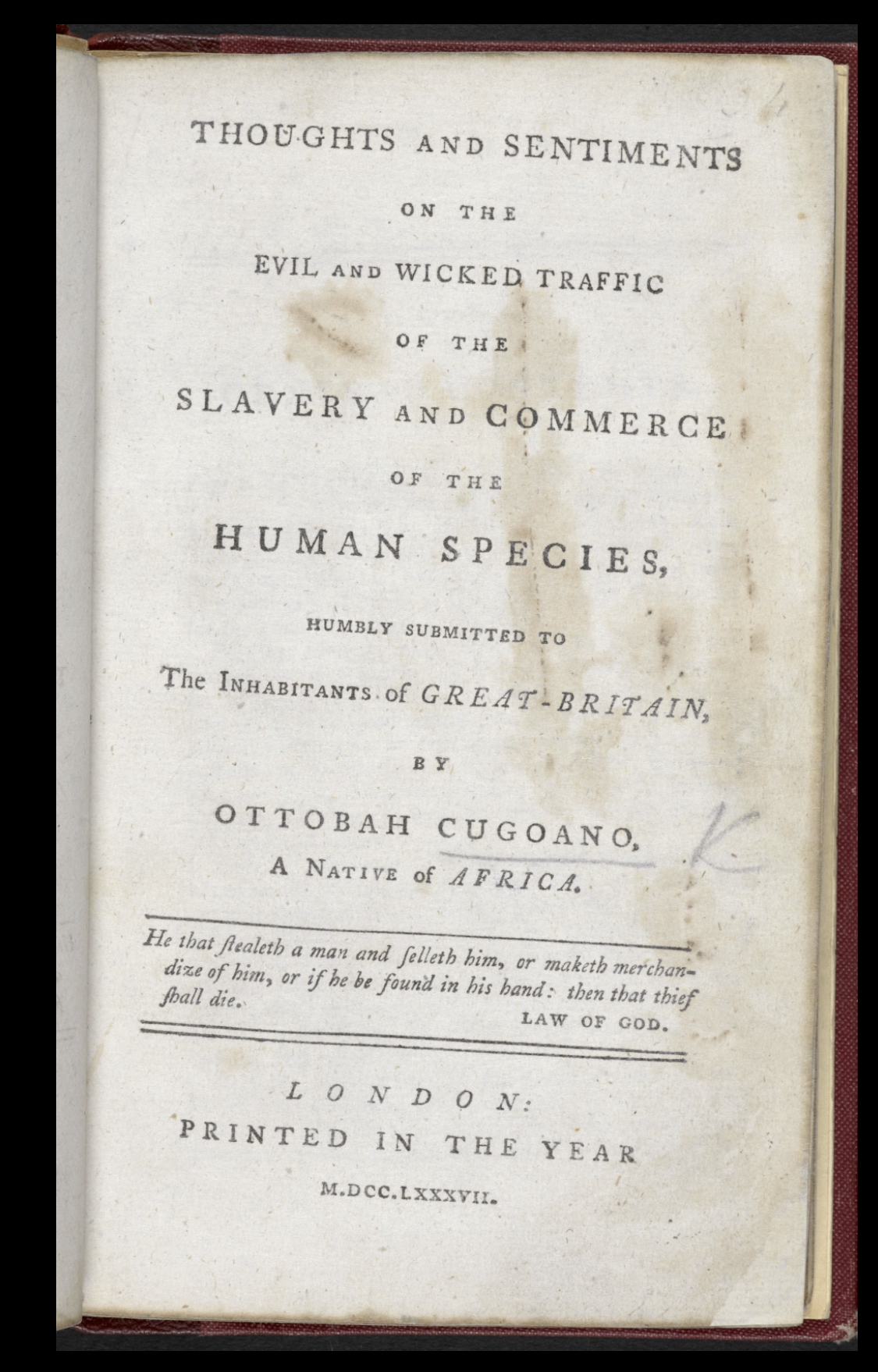 Olaudah Equiano was also a prominent member of a Black lobbying group called the Sons of Africa. This was a body of politically active, London-based Black men who worked towards the abolition of the slave trade and greater civil rights for Black people in Britain.

Sitting with him in this group was Ottobah Cugoano. Cugoano was born in what is now Ghana, from which he was captured at the age of 13. After enduring a brutal period of enslavement in Grenada, he was brought to England as a servant and given the name James Stewart.

After coming to England, and seeing others write and read, I had a strong desire to learn, and getting what assistance I could, I applied myself to learn reading and writing, which soon became my recreation, pleasure, and delight; and when my master perceived that I could write some, he sent me to a proper school for that purpose to learn. (ch. 2)

From an early age Ottobah Cugoano appeared to link his educational journey with the freedom of African people as a whole:

Since, I have endeavoured to improve my mind in reading, and have sought to get all the intelligence I could, in my situation of life, towards the state of my brethren and countrymen in complexion, and of the miserable situation of those who are barbarously sold into captivity, and unlawfully held in slavery.

Cugoano published his autobiography Thoughts and Sentiments on the Evil and Wicked Traffic of the Human Species in 1787. It was the first book written by an African to demand the total abolition of the slave trade. It was also the first to press for reparations to African nations impacted by large-scale human trafficking.