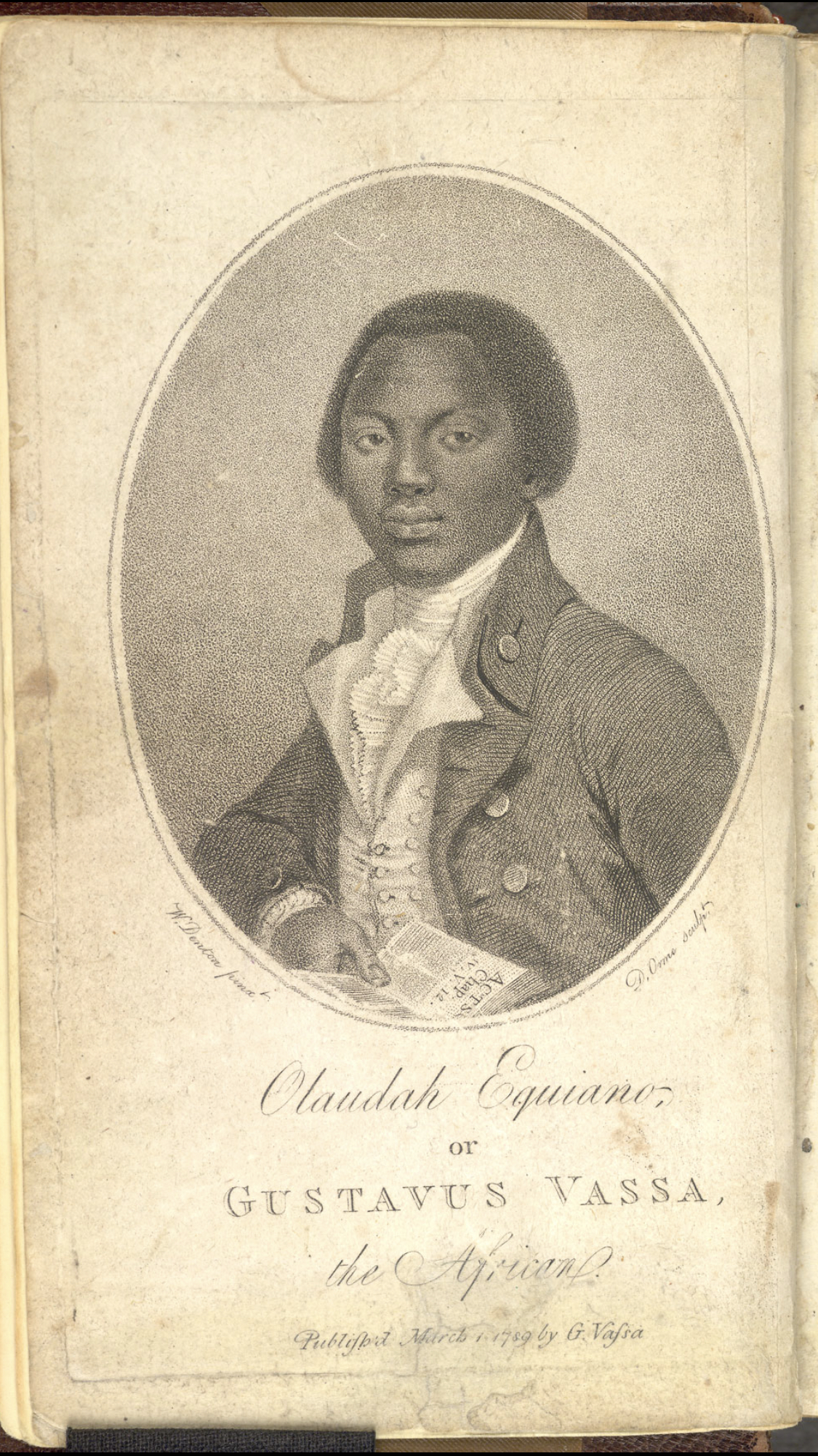 Olaudah Equiano was born around 1745. He was from the Ibo people of what is now Nigeria. He was kidnapped by slave traders as a child and survived the journey to Barbados in the hold of a slave ship. He was taught to read in London at the age of 12 by the family of his then master Captain Michael Pascal, but his interest in books had begun earlier:

I had often seen my master and Dick employed in reading; and I had a great curiosity to talk to the books, as I thought they did; and so to learn how all things had a beginning: for that purpose I have often taken up a book, and have talked to it, and then put my ears to it, when alone, in hopes it would answer me; and I have been very much concerned when I found it remained silent.

Equiano would be unusually lucky, and he was eventually able to purchase his own freedom (for £40 in 1766). For most of his life he was a seaman, but he is best known as Britain’s first Black political leader and the author of the best-selling autobiography The Interesting Narrative of the Life of Olaudah Equiano. Published in 1789, his book gave the British public their first authentic account of the horrors of a slave ship. It was not a coincidence that his work was published at a time when the case for abolition was being made before Parliament.

I was soon put down under the decks, and there I received such a salutation in my nostrils as I had never experienced in my life: so that, with the loathsomeness of the stench and crying together, I became so sick and low that I was not able to eat. I now wished for the last friend, death, to relieve me; but soon, to my grief, two of the white men offered me eatables; and on my refusing to eat, one of them held me fast by the hands, and laid me across I think the windlass, and tied my feet, while the other flogged me severely. (ch. 2)

He was baptised at St Margaret’s Church, Westminster, in February 1759, and his personal experience of Christianity would inform much of his message.

I might say my sufferings were great: but when I compare my lot with that of most of my countrymen, I regard myself as a particular favourite of Heaven, and acknowledge the mercies of Providence in every occurrence of my life. (ch. 1)

Equiano was also a prominent member of a Black lobbying group called the Sons of Africa. This was a body of politically active, London-based Black men who worked towards the abolition of the slave trade and greater civil rights for Black people in Britain. Sitting with him in this group was Ottobah Cugoano.