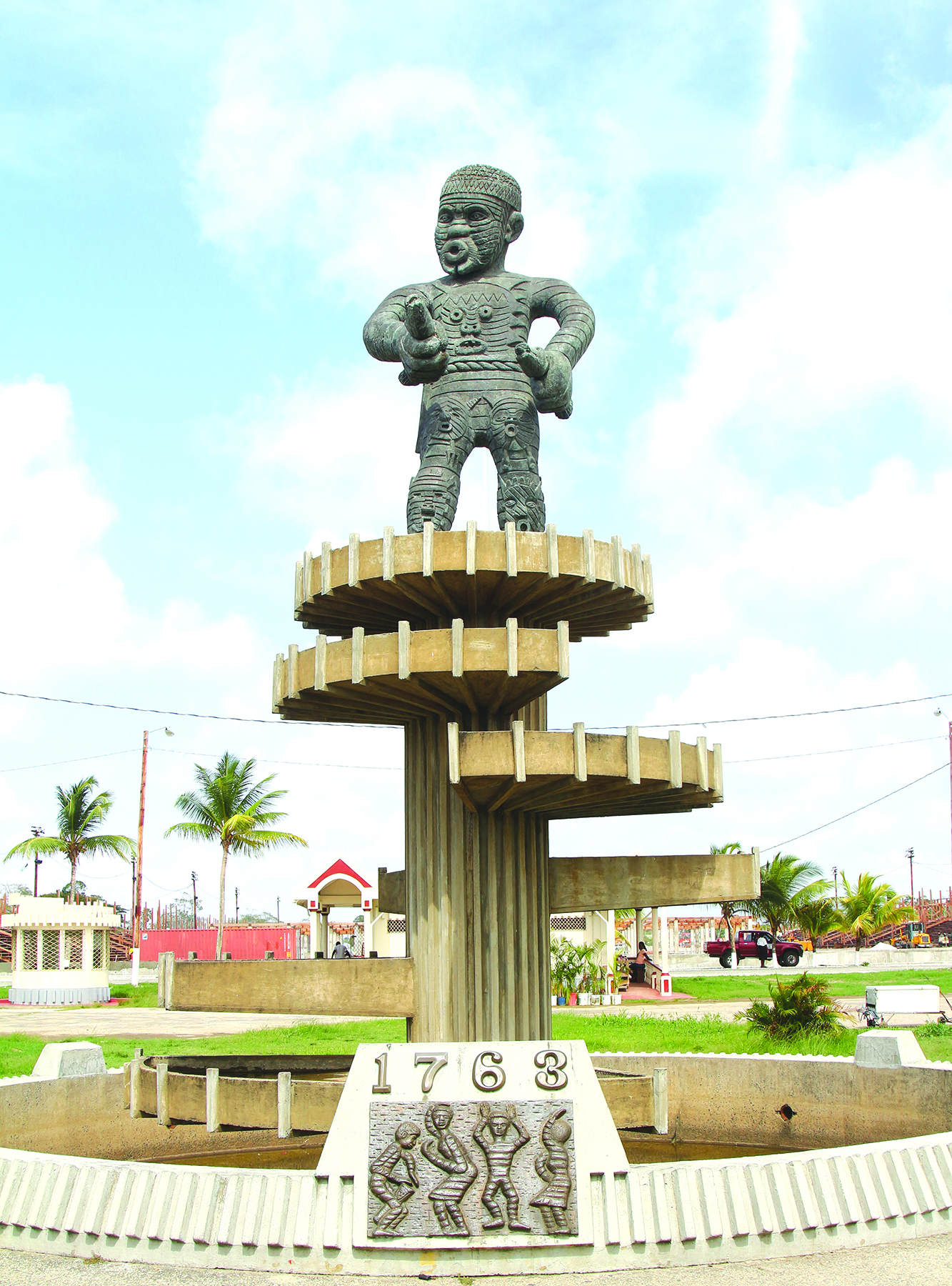 IN FEBRUARY 1763, Plantation Magdalenenberg on the Canje River in Berbice, Guyana erupted in violence. The more than 2,500 enslaved Africans working here revolted against the outright injustices meted out to them. And at the forefront of this massive revolt was Cuffy, the Akan man brought to Guyana to work on the sugar plantations.

Kofi Badu or “Cuffy” as he is better known, was a ‘house slave’ at Plantation Lilienberg, another plantation on the Canje River. According to historical records, on February 23, 1763, when the catastrophic events began in the Dutch colony of Berbice, it was Cuffy who managed to organise the enslaved persons into a ‘military unit’.

Guyanese Historian Eusi Kwayana wrote that the formerly enslaved burnt structures and wreaked havoc, in an attempt to dislodge the white ruling class. This was their way of resisting and revolting against the injustice that had been meted out to them, and which had been meted out to non-white peoples throughout the Caribbean at this point.

For about a year, Cuffy and the formerly enslaved Africans managed to dislodge the white ruling class and establish some degree of governance over themselves in the Dutch colony. A collection of circumstances and occurrences, including internecine strife, however, led to the ultimate failure of the 1763 revolt.

Despite this failure, the Berbice Slave Rebellion (as it is known) was perhaps a watershed moment in the history of rejection of colonial rule in Guyana, and the Caribbean.

“The Berbice Revolution of 1763 struck the first blow for Guyanese independence. It was a blow that the theoreticians of human subjugation will never forget,”

Kwayana (formerly known as Sidney King) wrote. However, he added that this event was also “part and parcel” of the wider Caribbean movement to reject the domination of the white colonialists and termination of their penetration in the Region.

Kwayana, however, bemoaned that Cuffy’s efforts have not been largely recognised in the Caribbean.

According to Guyana’s first Prime Minister and former President Forbes Burnham, Cuffy was a figure who was chosen so that Guyanese could all have a hero with which they could identify.

“The Co-operative Republic is an expression of the historical and psychological makeup of the new nation of Guyana,” the former President said in a public speech before Guyana became a Cooperative Republic. “It is a fulfilment of a struggle which started in the early days of the 17th and 18th centuries and of which the best-known example was provided by Cuffy and his group of fighters in 1763.”

Burnham drew attention to the other great heroes of Guyana, who led various revolts, rebellions and protests against the injustices meted out to varying groups of Guyanese. But, he posited that Cuffy was the first “revolutionary” among these great people, and was a man who not only opposed the cruelty of enslavement, but was also a leader who envisaged freedom for his people.

“He is the common man’s hero, he is the nation’s hero by common acclaim [and] by solemn agreement between the major political parties,” Burnham said later.

And so, as Guyana observes 50 golden years of being a Cooperative Republic this year, Cuffy still provides the timeless example of the change that is possible when Guyanese people come together. Though the 1763 rebellion was ultimately a failure, this event, like each subsequent struggle within Guyana’s borders, is part and parcel of the continuous movement for the development of Guyanese and Guyana.