12.10.2020: Why Black History Matters in a Decolonised Curriculum, online event 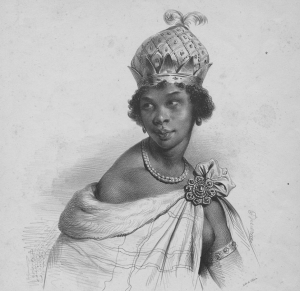 Why Black History Matters in a Decolonised Curriculum

Among which groups of people did scientific and technological discoveries first appear? With the current demands to decolonise the curriculum, this becomes a key question.

This presentation shows how the presence (or absence) of Black History and Heritage changes and how we all interpret the world. Most people know of the intellectual discoveries that originated in Europe. Some concede that key discoveries also came from Asia. However, few are aware of ANY intellectual contributions that came from Africa. This presentation fills this gap. It also points the way forward on how the curriculum can truly be decolonised.

Robin Walker, also known as The Black History Man, is one of the UK’s most pre-eminent African scholars. Born in London Walker read economics at LSE before studying African World Studies under Dr Femi Biko and later Kenny Bakie. Since 1992 Robin has been lecturing in adult education, universities and conferences on African World Studies, Egyptology and Black History.

Robin has authored or co-authored 13 books, including classic titles such as Classical Splendour, Roots of Black History Sword, Seal and Koran, the best study there has ever been on the Songhai Empire of West Africa (Everyday life in a West African Empire). Perhaps his most notable and critically acclaimed work is the title When We Ruled, which is hailed as the single most advanced historical synthesis on the history of Africa and its people to date. This established Walker as a leading authority on African studies in the English-speaking world.

Jamaica Past (images)
Selected images from 1800 - 1923
Previous post 09.10.2020: Black Couples Who Made History, online event
Next post 14.10.2020: Born of Good Intentions: The Life and Times of Black Victorian Children in a Dr Barnardo’s Home, online event