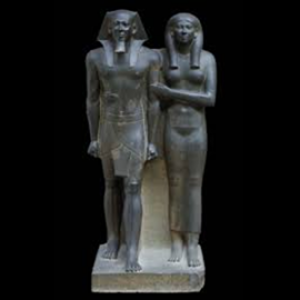 Black Couples Who Made World History

Can you Name 10 Black married couples who have contributed to world history?

Throughout history, there are many Black men and women who have joined together in marriage and have contributed to World History. Often their contribution as a couple have been overlooked and not celebrated. There have been attempts to destroy the institution of marriage and to break families apart but Black families have been able to stay together and survive during difficult times in history.

In this presentation, Black History Studies team husband and wife team Mark and Charmaine Simpson will focus on royalty, liberators, activists, educators and musicians who have altered the course of history. Clearly there is a need to give a balance against the negative messages and images that surround Black relationships.

Register for the Zoom Meeting before Friday 9 October at 7pm

CHERRY NATURAL (JAMAICA) SPOKEN WORD
Cherry Natural considers herself as a feminist dub poet or activist, and her sources of inspiration include the late Jamaican poet Louise Bennett. Louise Bennett is well-known as the first Caribbean poet who used Creole or patois consistently and to great effect in her ballads, and who relentlessly stood up for the people's language as opposed to standard English which was then considered as the only passport to social elevation.
Previous post 08.10.2020 – When We Ruled: Thousands of Years of a Visible African Heritage, online event
Next post 12.10.2020: Why Black History Matters in a Decolonised Curriculum, online event