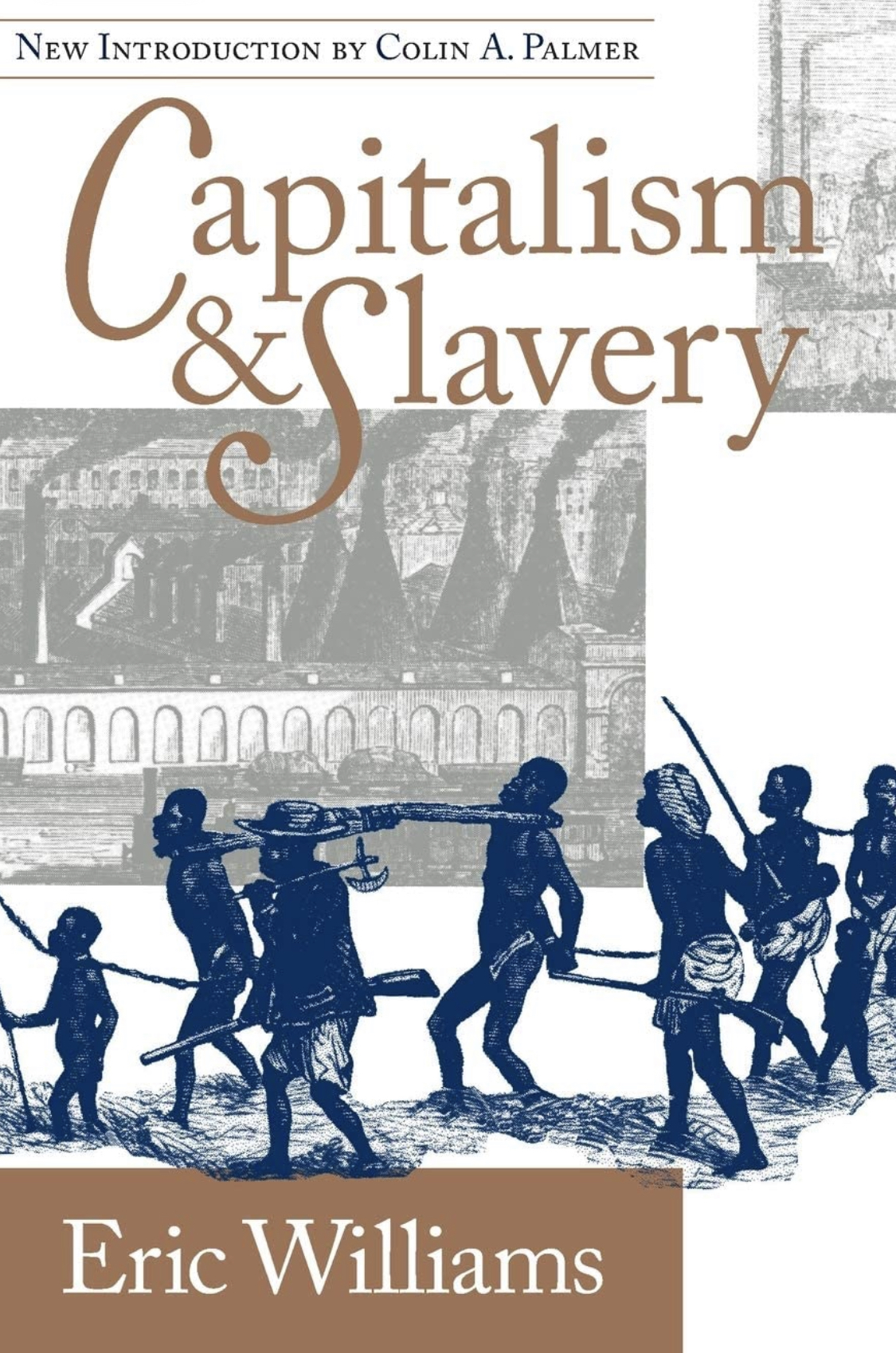 “Slavery helped finance the Industrial Revolution in England. Plantation owners, shipbuilders, and merchants connected with the slave trade accumulated vast fortunes that established banks and heavy industry in Europe and expanded the reach of capitalism worldwide.

Eric Williams advanced these powerful ideas in Capitalism and Slavery, published in 1944. Years ahead of its time, his profound critique became the foundation for studies of imperialism and economic development. Binding an economic view of history with strong moral argument, Williams’s study of the role of slavery in financing the Industrial Revolution refuted traditional ideas of economic and moral progress and firmly established the centrality of the African slave trade in European economic development. He also showed that mature industrial capitalism in turn helped destroy the slave system. Establishing the exploitation of commercial capitalism and its link to racial attitudes, Williams employed a historicist vision that set the tone for future studies.
In a new introduction, Colin Palmer assesses the lasting impact of Williams’s groundbreaking work and analyzes the heated scholarly debates it generated when it first appeared.”

“The 1944 work Capitalism and Slavery by the historian (and later the Prime Minister of Trinidad and Tobago) Eric Williams (1911–81) has been particularly influential on the studies of enslavement. His historical account of slavery was crucial in its contextualisation of the subject within the broader scope of economic history and capitalism. Williams argued that

European elites did not discard slavery because of humanitarian concerns, but because it was a means of economic production that was no longer useful by the late eighteenth and early nineteenth centuries, once the elites had accumulated enough wealth to finance the new economic model of industrialisation.

Although historians have interrogated almost every aspect of Williams’s thesis, it remains the foundational text on the economic history of Caribbean slavery and its abolition. His contention that the profits of overseas trade, including that of sugar, were an important contributing factor to economic growth and industrialisation Britain, is supported by the findings of the Legacies of British Slave–ownership project at University College London (UCL).”

Renowned as the “Father of the Nation,” Dr. Williams served as prime minister from 1962 until his death in 1981. He was also a noted Caribbean historian.