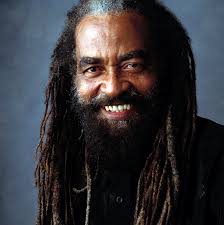 The honey-voiced Jamaican singer and songwriter John Holt, who has died aged 67, was responsible for some of the greatest moments in reggae during a career that spanned more than 50 years.

John Kenneth Holt, best known as John Holt, was born on July 11th, 1947 in Kingston, Jamaica. His talent came to light through Jamaica’s talent show circuit, which put its contestants up on the stage and gave them national radio coverage. He entered his first contest aged 12, and won 28 titles over the next four years before launching his recording career with a self-penned debut single, Forever I’ll Stay/I Cried a Tear, released in 1963. Plenty more well-received tunes followed, including collaborations with Alton Ellis.

It was a promising start. But small vocal groups rather than solo singers were the Jamaican staple at the time, and Holt’s star rose more quickly in 1964 once he joined the Paragons. They settled down as a trio, and he quickly became the lead singer, composer and arranger. Within three years the Paragons had become Jamaica’s top vocal group, and their adoption of the rock steady style – much suited to Holt’s laid-back vocals – produced guaranteed hits.

In 1970, however, the other members of the group, Tyrone Evans and Howard Barrett, both emigrated to the US, and the Paragons were no more. Holt had been developing a parallel solo existence, and he slipped seamlessly into the next phase of his development, continuing with a string of hits in Jamaica.

As the Paragons had been a popular act in the UK, he also came to the attention of the British public through the London-based Trojan Records, which released 1000 Volts three years into his solo career. By then Holt was revealing a penchant for middle-of-the-road ballads. Trojan recruited the pop producer Tony Ashfield to help him create a compilation of such material, and together, using orchestral arrangements laid down in London, they gave a reggae sheen to a roster of classic love songs that benefited from Holt’s exquisite vocal touch.

The enduringly popular 1000 Volts of Holt, recorded in Jamaica and London, gave the reggae treatment to classic romantic compositions such as Girl from Ipanema, Mr Bojangles, and Touch Me in the Morning. As a project it was, on the face of it, unlikely to meet with approval either from devotees of a music form usually given to addressing the harsh realities of Jamaican life, or from a more mainstream global audience, pre-Bob Marley, that was largely unfamiliar with reggae.

Against the odds, however, Mr Holt’s inspired, soulful interpretations of more than a dozen well-chosen classics proved to be an instant success, not only in Jamaica and the UK but further afield. One song, Kris Kristofferson’s Help Me Make It Through the Night, even outdid the Gladys Knight and the Pips version by making it to No 6 in the UK charts and, by elevating many of the originals to new heights, he managed to draw in not only a wider public but reggae aficionados too. Given the horribly chequered history of cover albums in any genre, it has the right to be acknowledged as one of the most critically successful ventures of its kind; 1000 Volts stood the test of time, and is as popular now as it ever was.

If anyone was going to pull off such a trick, it had to be Mr. Holt. A gifted songwriter possessed of the sweetest voice of any reggae singer, he had been producing hits in Jamaica and the UK since his teenage years in the 1960s, both as the lead singer and songwriter of the Paragons and as a solo artist from 1970 onwards. By the time he released 1000 Volts, he had composed dozens of hit tunes in his homeland, including The Tide is High, made more famous many years later by Blondie, and OK Fred, subsequently a hit for Errol Dunkley.

All that changed, however, with the 1983 album Police in Helicopter, which showed that the newly dreadlocked Holt could produce roots reggae with the best of them. The album’s title song, regarded as a reggae classic, railed against the destruction of marijuana fields in Jamaica, and with nine other strong songs, including compositions such as Fat She Fat and Can’t Use Me, he retrieved his reputation as a musician on the streets of Kingston.

Holt was prolific for the next decade. He released more than 40 albums in all, and although his last was in 1993, he remained a popular live artist whose final appearance was in August at the One Love festival in Milton Keynes, where he was taken ill and left us to join the ancestors on October 19th, 2014.