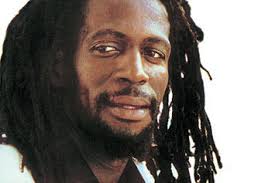 In a 2001 interview, Mr. Isaacs reflected on his legacy. “Look at me as a man who performed works musically,” he said. “Who uplift people who need upliftment, mentally, physically, economically  all forms. Who told the people to live with love ’cause only love can conquer war, and to understand themselves so that they can understand others.”

Gregory Anthony Isaacs, was born on 15 July, 1951 in the Jamaican capital, Kingston. His father emigrated to the US while Gregory was still a child, so Gregory and his younger brother, Sylvester, were raised by their mother in Denham Town. Showing a natural aptitude for singing, Gregory began making an impact on talent contests during his teens (often as a duo with Sylvester). Mr. Isaacs picked up the nickname Jah Tooth after a policeman broke one of his teeth. Inspired by the American soul singer Sam Cooke, he got his start on a local radio talent show, “The Vere Johns Opportunity Hour.” He was briefly a member of the vocal trio the Concordes before making his name with the solo single “All I Have Is Love” in 1973. Although he established his own Jamaican label and record shop, African Museum, with his fellow reggae singer Errol Dunkley, Mr. Isaacs was later signed to the British labels Virgin and Island.He named his mother as his first vocal role model, since he used to hear her singing while she ironed.

In 1968, Gregory recorded and produced a duet, Another Heartache, with an aspiring singer from the neighbourhood, Winston Sinclair, but the song sank without a trace. His next effort, Ballroom Floor, was recorded for Prince Buster.

He subsequently formed a trio, the Concords, with two other hopefuls, recording a number of impressive tunes for Rupie Edwards in 1969, of which the most notable was Don’t Let Me Suffer. Other stirring solo singles, such as Too Late and Lonely Man, followed. By 1970 he had formed the independent label African Museum with a fellow singer, Errol Dunkley. They found instant success with Dunkley’s Movie Star and Gregory’s moderately popular My Only Lover (featuring the Wailers’ backing band), before Dunkley broke away to found his own label. Isaacs’s first substantial hit, All I Have Is Love, was produced by a perceptive downtown promoter, Phil Pratt, in 1973. The following year, he scored an even bigger hit with Love Is Overdue, the first of several for the producer Alvin “GG” Ranglin, who soon issued Isaacs’s debut album, In Person (1975).

As his songwriting skills matured, Gregory shifted focus to address social injustice, in work that expressed longing for his ancestral African homeland, and grew dreadlocks as a sign of his commitment to the Rastafari faith.

At Lee Perry’s Black Ark studio, he cut the anthem-like Mr Cop in 1976 and the censorious Black A Kill Black. After the release of the self-produced concept album, Mr Isaacs (1977), he received a major career boost in 1978 by signing to Virgin Records for the album Cool Ruler and making an appearance in the feature film Rockers. The 1979 Virgin follow-up, Soon Forward, included the chart-topping Mr Brown and a popular title track which was one of the first recordings to make use of the production skills of Sly and Robbie.

A shift to Charisma Records’ subsidiary Pre in 1980 brought the album Lonely Lover and its follow-up, More Gregory, the latter featuring the Jamaican chart success Top Ten. Both albums were backed by the Roots Radics band, with whom he toured the UK in 1980-81. Night Nurse (1982), issued by Island, was his most commercially successful set to date, but just as he reached a pinnacle of popularity, problems arose. He was imprisoned in Jamaica and served time for cocaine possession. He addressed his experiences of prison in the subsequent Island release, Out Deh! (1983).

He was also renowned for his fashion sense; he performed in the 1978 film “Rockers” wearing a powder-blue tuxedo and black fedora. “He was always dapper,” his wife, Mrs. June Isaacs said. “Very proud, very tidy, very laconic, a man of few words.”

After recording the relaxed Private Beach Party album for the producer Gussie Clarke in 1985, he cut less impressive work for a number of relatively unknown producers. Then, in 1987, another cocaine bust prompted him to go into rehab. This was followed by a more productive period that peaked with the release of Red Rose for Gregory (1988), a hit dancehall album issued by Clarke, and featuring the outstanding single, Rumours.

Although Gregory would score a few more Jamaican chart hits, record for the British label Acid Jazz, open a recording studio in Jamaica, and launch the singing career of his son Kevin, he continued to use drugs. This resulted in several patchy releases, the loss of a number of his teeth, and a reputation for unreliability. Nevertheless, he maintained a loyal fan base, both at home in Jamaica and overseas.

“Gregory used to sit and go through his lyrics with a dictionary,” his wife, a secondary-school teacher, said in a telephone interview. “He was very clean with his lyrical content and his grammar.”

Known as the Cool Ruler for his exceptionally suave and emotive voice, Gregory scored many hits during the 1970s and 80s, including the perennial favourite Night Nurse, and remained active as a recording artist, live performer and producer in the decades that followed. Although best known for romantic ballads, delivered with a hint of vulnerability, he also excelled at songs of social protest and work that expressed unwavering pride in his African heritage. However, his long-term drug use and involvement in criminal activity led to long periods of incarceration and repeated arrests, hastening his physical decline. He took his seat with the ancestors on 25 October, 2010.

Gregory…lived in Harrow from 2007-2010. A blue plaque marking his life was unveiled at his home in Weald Lane, Harrow Weald on Tuesday October 25.

A Gregory Isaacs Foundation was founded on 15 July 2011, Isaacs’ birthday, by his wife June.

The foundation aims to continue his charitable work, as well as helping with charities that were close to his heart such as child welfare and drug and gun violence abstinence.