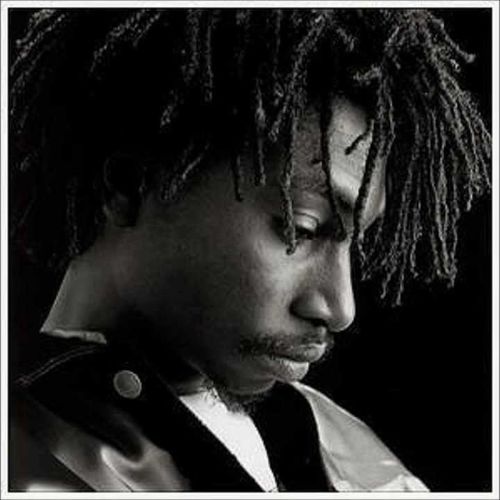 Garnett Daymon Smith was born on April 2, 1966, in Manchester, Jamaica. He showed an early interest in music and before he reached his teens had made his debut as a “toaster,” or deejay who accompanied pre-recorded tracks in dancehalls and nightclubs. Unlike many toasters, who specialized in boastful raps or challenges to other performers, Garnett—who took the name Little Bimbo—often incorporated spiritual and social themes in his lyrics. The teenager appeared with a number of notable sound system crews during the 1980s, including Soul Remembrance, Stereophonic, Pepper’s Disco, and Destiny Outernational. As Little Bimbo, Smith recorded several singles in the mid-1980s, although most of them were not immediately released. His first recorded track was 1985’s “Ram Dance Master,” although it was “Problems Everywhere,”made with producer Delroy Collins, that was his first single release in 1987. Among the numerous other recordings Smith made in the late 1980s was “No Disrespect,” a single made with Sugar Minott. By this time he had started to develop his talents as a singer. A live album he made with Tony Rebel in 1989 (but not released until 1994 under his later stage name, Garnett Silk), Tony Rebel Meets Garnett Silk in a Dancehall Conference, had Smith both toasting and singing on various tracks.

The late 1980s also witnessed a change in Smith’s spiritual identity. Encouraged by his friend Tony Rebel, Smith began to study Rastafari, a religion practiced by 10 to 15 percent of Jamaica’s population that encourages perseverance against oppression; adherents sometimes use marijuana to help them invoke the Spirit of Jah (God). Collective Rastafari events, called grounations, also use music and drumming in ceremonial fashion. Perhaps the most famous Rastafarian was reggae legend Bob Marley, who often referred to the religion’s message of salvation in his music. After converting to Rastafari and starting to perform as a singer instead of a toaster, Garnett started to earn comparisons to Marley, in part because of the cultural and spiritual message in his lyrics. He also changed his stage name around 1990 to Garnett Silk, the new surname in reference to his smooth, tenor vocals.

Garnett had a two-year recording contract with Jamaican producers Steely and Clevie from 1990-92, but the deal spawned only one single, “We Can Be Together,” a duet with singer Chevelle Franklin. Silk then recorded several singles with producer Courtney Cole, who owned the Roof International label. A cover version of Johnny Nash’s 1970s “I Can See Clearly Now” became his breakthrough success on the Jamaican charts, and two other singles, “Mama”and “Seven Spanish Angels,” also did well on the local charts. He was a Rastafarian who sang about God, and his songs such as “Zion in a Vision”, “Kingly Character” and “Love Is the Answer” celebrate the true love of the Almighty.

Now an up-and-coming reggae star, he went into the studio with producer Bobby Digital to record his first album, It’s Growing, released late in 1992. According to Steve Barrow and Peter Dalton in their 1997 book Reggae: The Rough Guide, “The release of this set, together with a swing back to cultural lyrics by deejays like Buju [Banton] and Capleton, marked a turning point in dancehall: he sang of both ‘culture’ and romance in a smooth tone that befitted his name change, but in a style that bore the mark of the previous ten years of Jamaican music.”

A series of concerts and compilation albums helped him gain an international record distribution deal with Atlantic Records in 1994. Hailed as a successor to reggae giant Bob Marley, expectations ran high for his next project. While recording tracks for a new album late in 1994, however, a freak accident ended the his life on December 9, 1994, when he tried to rescue his mother from a house fire. Both Garnett and his mother, Etiga Gray, died, and it was several years before his final recording sessions were released as The Definitive Collection in 2000.

“He lives on and we all in the music industry need to do more to make the younger generation know about the amazing works of Garnet Silk, his music…,” veteran reggae artiste Anthony B told Loop News reporter Claude Mills.

“His message was strong, meaningful deep and was inspirational to many youths in the little time he had in his musical career. He was an artiste and a man way ahead of his time so I would say Garnett Silk is, in my book, one of reggae music’s legends and a pioneer for the Rastafarian culture and Jamaican ghetto youths of his generation ,” Anthony B said.

He was survived by Novlyn ‘Lovey’ Banton, and seven kids, four of whom he shared with Lovey Banton, including singer Garnet Silk Jr.

Fabian, their oldest child together, recalls the day of his death to The Sunday Gleaner:

“My mother told me that my father was on tour. He died two weeks before my fifth birthday and I remember a lot of things, but not the funeral, so I believed her. I remember visiting my uncles in hospital, but nothing about the funeral. It was years later that I knew that my dad had died.”

One of Fabian’s memories is of him and his older brother eagerly running up the stairs to show their father the “songs” they had written, only to see him and Lovey kissing. “My brother and I would look at each other in disgust and go back down the stairs,” he recalled, laughing.

Lovey remembers Garnett Silk as a joker “who would kill you with joke, but he would roast you until yuh get angry”. But, that roasting is one of the things Lovey misses greatly from her life. And also the deep spirituality that was part of their everyday life. “Garnett was the one who would let you know when you walked out of line, and that was one of the great things about him. Also I miss our preparation on a Friday evening. It was a mad rush every Friday evening. We had to cook and bake and do everything and if it nuh finish him a turn off the stove even if the pot still on the fire,” she recalled fondly, adding that Saturday was church for the entire family.

Lovey Silk was a pregnant 23-year-old with four children – three children of her own, plus Garnett’s eldest son – when the singer died. “Derron, Garnett’s son who lived with us, was eight, Fabian was four and the girls were two and one year. (Garnett Jr was born the following April.) We had gone down to Mandeville on a little holiday and were staying at his sister’s house. Garnett went down to his mother’s house, which wasn’t far away, and later in the night, his brother ran back to the house and he looked burnt up. He said, ‘Mama house burn down’. I asked, ‘Where is Garnett?’ and he said, ‘Garnett dead’. I said, ‘How yuh mean Garnett dead? Where’s your mother?’ He said, ‘Mama dead’. I went blank,” Lovey recalls.

Lovey went to the hospital, but she wasn’t allowed to look at Garnett’s body. After that she was just going through the motions, until it was time for her to face reality. “I had to wake up and realise that I had all these kids and was pregnant. It’s not a nice place to be. We definitely should have received counselling. It was a rough road but we survived. The kids are all grown now and I am happy to see how they have turned out. The children were Garnett’s world and he would have been proud of them,” Lovey said.