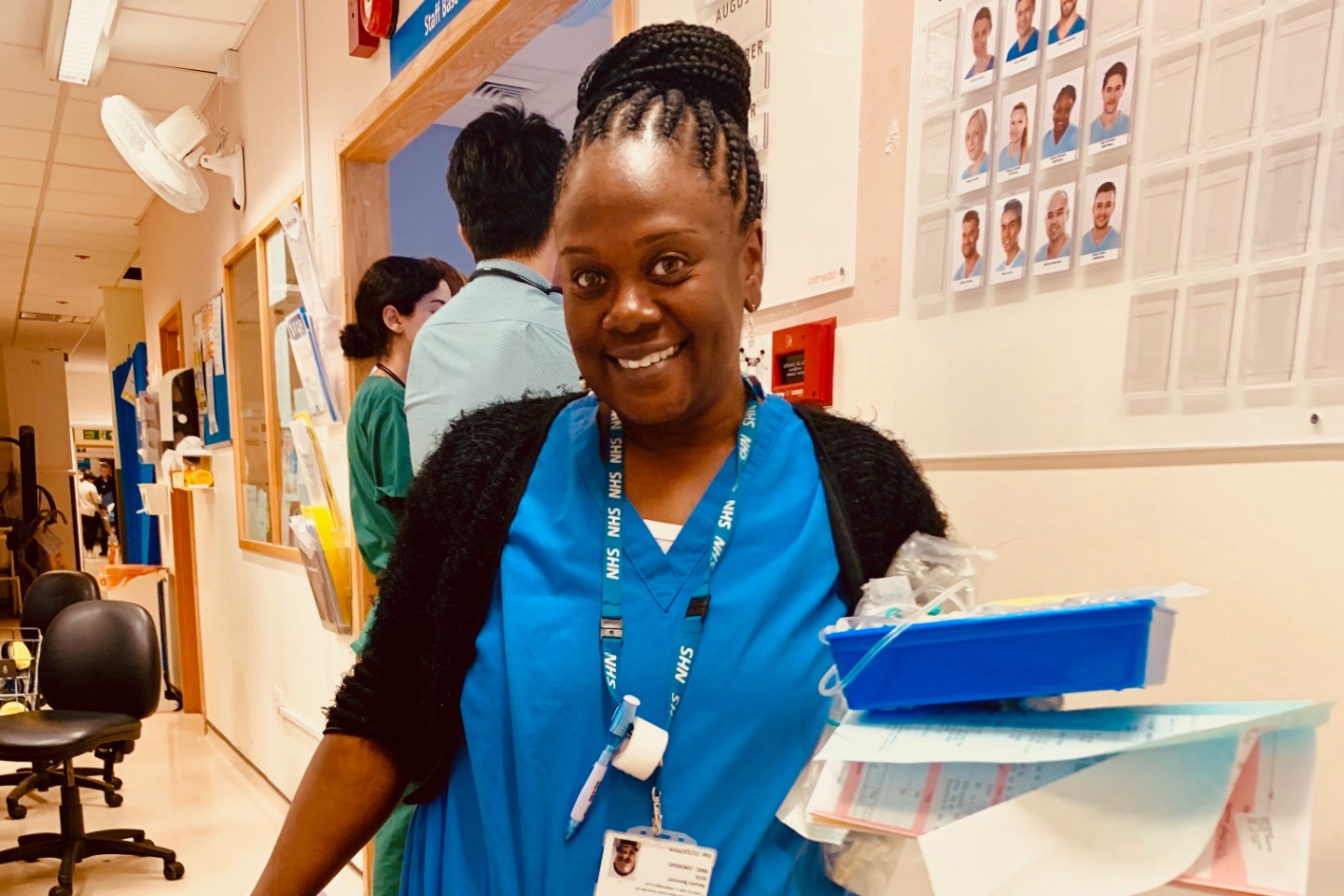 Drawing on her own experiences of discrimination at work, Neomi Bennett has created the Equality 4 Black Nurses group to provide fellow nurses of colour with a “safe space” to talk.

The group, which currently has around 20 members, wants to bring about positive change by lobbying employers and government to reduce and eventually eradicate racial discrimination in the health and care sector. The nurse-led initiative offers Black nurses weekly online call sessions to discuss their experiences of systemic racism or discrimination. It is also working to provide individuals with specific support to deal with issues in their workplaces in an informal way and bring incidences of discrimination to the attention of health and care employers.

To do this, the group was working with its members to collate case studies and real-life experiences that Black nurses had encountered in the hope to inform employers. “I think for the nurses we are just kind of teasing out our case studies and really clearly defining our experiences and hoping that somebody can just take that into account,” said Ms Bennett.

The group, which started in July, was formed in wake of the Black Lives Matter movement and because of the way the coronavirus pandemic had disproportionately impacted Black and minority ethnic health and care staff.

Government reports have previously uncovered that institutional racism and bullying at work had meant that nurses from Black, Asian and minority ethnic backgrounds were “afraid to speak up” about issues that put them at higher risk of Covid-19, such as inadequate personal protective equipment (PPE).

Meanwhile, earlier on in the pandemic, senior nursing leaders had also flagged concerns to Nursing Times that nurses from these backgrounds had felt targeted to work on Covid-19 wards over their White colleagues.

These were concerns and experiences which had resonated with Ms Bennett, who said she had put complaints to one trust she had worked at because she felt it was “blatant discrimination when I am allocated to go in areas without protection”.

She said this was a “very common theme with Black nurses” who were part of the group and that they were all “really scared” about the situation.

Other common themes that had come out of the group during weekly meetings were issues of covert racism, disproportionate levels of disciplinary action, lack of promotion and progression and “cultural inappropriateness”.

Back in June, Ms Bennett had spoken to Nursing Times about her “disturbing” police stop and search ordeal.

Officers had stopped Ms Bennett in Wandsworth last year because they said the front windows of her car were too tinted. However, she felt she had been targeted and treated differently because she is Black.

Off the back of her coming forward and speaking to the press about her experience, she had been “approached by quite a few nurses who were also going through issues around systemic racism – not just with the justice system but also within the healthcare setting”.

“I have gone through so many challenges and I have never really shared them with anybody,” she said. “But I think being approached by all these different Black nurses gave us an opportunity to talk about our issues and our experiences.”

This in part led to the creation of Equality 4 Black Nurses. “I started by setting up a Zoom conference and inviting Black nurses to come and talk about their experiences,” said Ms Bennett. “We are now having weekly Zoom sessions and it provides a safe space for Black nurses to talk about our issues and there are common themes throughout.”

Nurses had joined the group from all around the UK and it was “the same patterns” that were being reported, she noted. “It is the same kind of cultural inappropriateness that we are experiencing – such as lots of colleagues wanting to touch our hair and how it makes us feel,” she told Nursing Times, adding that most members had gone through some form of disciplinary action as well.

As part of her work she wanted to look at the patterns of certain trusts and how they dealt with racism and grievances. She said she also wanted to see “more accoutability” across the health and care system around the inclusion agenda and for individuals accused of discrimination given enhanced diversity training and ongoing monitoring. “Amongst Black nurses there are trusts with certain wards that we say ‘don’t work there’,” she told Nursing Times. “How is a trust allowed to encourage that culture?”

The group, which is run by a team of six, is in the process of surveying Black nurses to further reveal the experiences they encounter in the health and care sector. So far around 500 responses from Black nurses have been received, of which 92% had reported feelings of racial discrimination whilst at work. Ms Bennett said Black nurses, including herself, were subject to a number of microagressions “where you end up basically having to fight for your profession”. “As a Black nurse you are constantly having to prove yourself and it becomes so tiring,” she added.

The team is also in the process of developing an app to widen the group’s support offer and currently has 150 people on its mailing list. Ms Bennett said the group was working with a range of other organisations that also had Black nurses at the centre of the agenda to enforce change.

A Department of Health and Social Care spokesperson said: “We support all efforts to eradicate racial discrimination and this kind of behaviour against our dedicated NHS and social care staff will not be tolerated. “As the largest employer of black, Asian and minority ethnic people in the country, the NHS draws on a rich diversity of people to provide care. “Respect, equality and diversity are at the heart of the NHS People Plan and staff of all backgrounds should rightfully expect to work in a health system that exhibits an inclusive, and compassionate culture.”