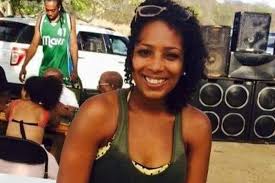 Tamla St.Jour-Horsford was born on 10 October, 1978 in Kingstown in Saint Vincent and the Grenadines. She married Leander Horsford and had five children in the USA and was also stepmother to Leander’s 24 year old daughter.

“Tamla, lovingly known as “Tam” and “Tammy”, was a 40-year-old wife, mother of 5 boys ranging in ages 4–14 and a stepdaughter. She was a kind and true friend to many and was heavily involved in her community. Tamla was full of life and love and on 11/4/18 that life was taken from her. She had been attending a sleepover birthday party with several women along with a few men and was found the next day deceased. Investigation into her death is still open with the police department however the family has been given conflicting information into the official cause of death. Her family seeks answers and they want to know what happened to her that night. Please join us and support us in our fight to seek justice for Tamla.”

At around 8 p.m. on Nov. 3, 2018, Tamla Horsford went to a birthday party at a house in Forsyth County, Georgia. USA. It was going to be an old-school pajama party, a girls’ night out for the wives and moms in attendance.

Tamla was the only person of African descent at the party. The northern county of Forsyth, one of Georgia’s 10 most populous, leans heavily white and conservative. Its demographics are shaped by an event that happened in 1912, when white people forced out all 1,098 of Forsyth’s black residents, who comprised about 10 percent of the population at the time. This expulsion wasn’t a bizarre anomaly in one part of the country. Between the 1860s and the 1920s, white Americans drove thousands of black residents from their communities. Today, Forsyth’s population is only 3.6 percent black.

At 8:59 a.m. on Nov. 4, 2018, 911 received a call about an unresponsive female at the residence and, when sheriff’s deputies arrived, they found Tamla dead in the backyard. She was face down and had been badly bruised around her face and head, as well as having multiple abrasions.

The 911 call regarding Tamla having been found dead in the backyard is made with all the casualness of someone reporting a fault on their telephone line. A whole narrative is also set out in response to the 911 operator’s simple question regarding why the caller has called 911.

The case didn’t even make the news until a few months after her death when people started using social media to bring attention to the case. It was initially reported that Tamla accidentally fell off a balcony on Nov. 4, where she was attending a “Football Moms” sleepover with seven other mothers and three men. Local news site WSB-TV shared an early coroner’s death certificate that listed Horsford’s death as an accident but the fall from the deck caused “multiple blunt force injuries” and “acute ethanol intoxication,” known commonly as alcohol poisoning which might have led to the fall.The police, who had some sort of connection to the people hosting the party, investigated and closed the case as an accident even though there were several questions that seemed to remain unanswered.

Tamla Horsford’s death was ruled an accident, the medical examiner finding that her broken bones and internal injuries were consistent with the result of a fall off a 14-foot-high deck after a night of drinking.

No one has been charged in relation to Tamla’s suspicious death.

Court employee Jose Barrera was fired for illegally accessing documents related to the case. Barrera is also the boyfriend of the woman who owns the home.

In a video sent to WSB-TV from the adult sleepover, Horsford is all smiles while singing “Happy Birthday” with friends. What’s also seen in the video are three men, including Jose Barrera who made the 911 call. Many have wondered why men were present if the witnesses claimed it was a sleepover meant for women.

In the 911 call released Wednesday (Feb, 20), Barrera is heard pointing out a cut on Horsford’s wrist. “She’s lying in the yard, basically on the patio downstairs. She’s not moving one bit. She’s not breathing,” he told dispatchers. “I’m noticing a small cut on her right wrist. She’s not breathing whatsoever. I don’t know if this cut was self-inflicted.”

In July 2020, a year and a half after Tamla died, authorities are taking another look, admittedly spurred by renewed public interest—which itself was spurred by widespread social unrest and calls for justice in the wake of the May 25 murder of George Floyd in police custody.

50 Cent and T.I. were among the thousands of people who started tweeting and posting on Instagram about Tamla again in June, insisting that something criminal had occurred, despite the official findings that her death was an accident. A Change.org petition to reopen the case has since gathered almost 690,000 signatures.