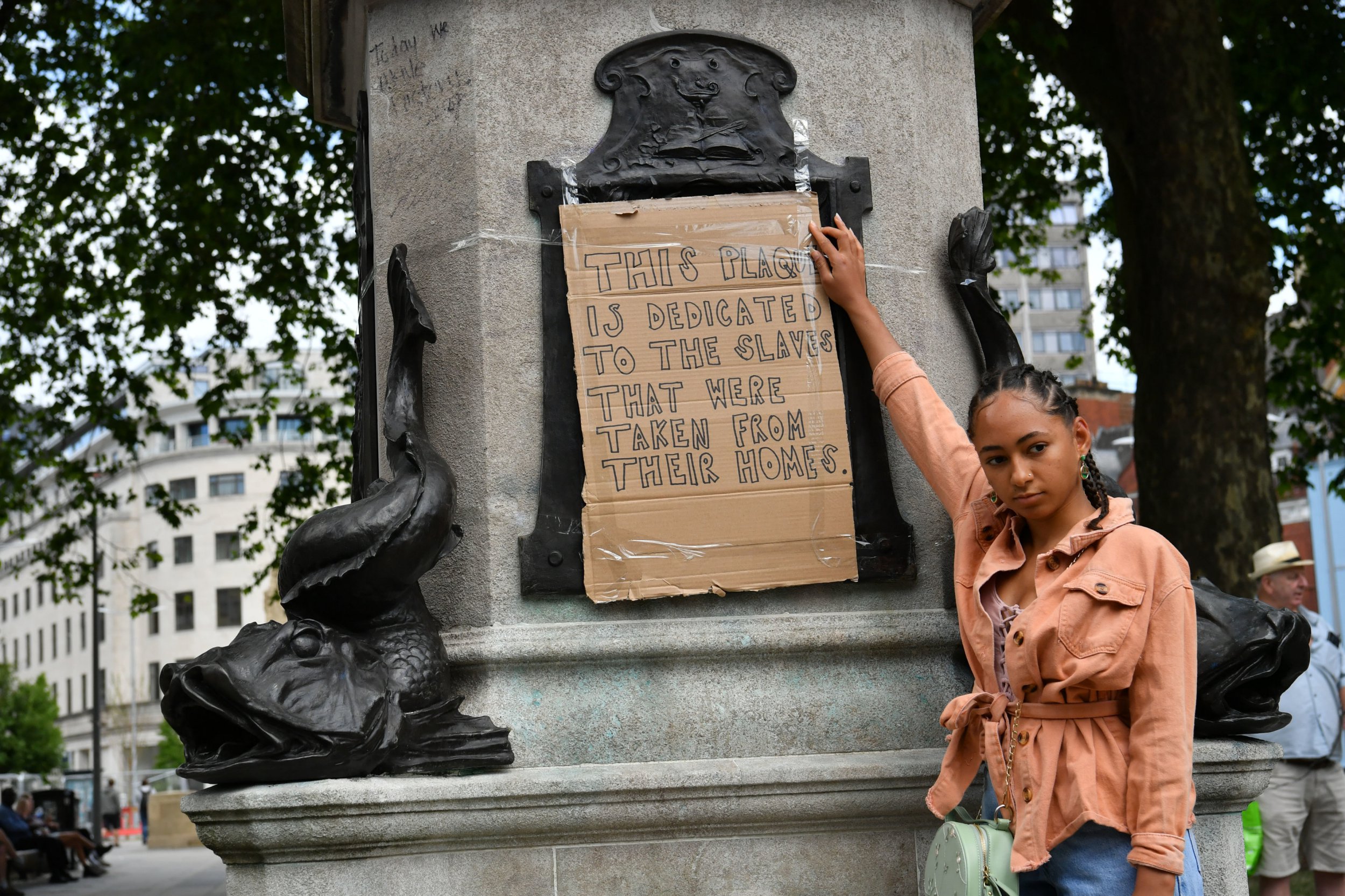 The original society set up in the name of Bristol-born slave trader Edward Colston has been disbanded, Bristol Live can reveal. Members of The Colston Society voted with a narrow majority to disband completely, rather than just carry on with a different name, in a survey held in July and August.

For years, the registered charity held church services involving school children that commemorated the London-based merchant venturer, who in later life gave part of his fortune to set up schools and almshouses in the city of his birth.

The Colston Society was the original society, set up by wealthy merchants and slave traders in the middle of the 18th century, after Edward Colston’s death in 1721.Three more societies – Anchor, Grateful and Dolphin – were set up in the following years, and with the Colston Society acting as their umbrella organisation, were a way of channeling philanthropy among the wealthy of Bristol for generations, many of whom were members of the Society of Merchant Venturers. But now, around 275 years of history of celebrating and commemorating Edward Colston by the Colston Society has been brought to an end – by the members themselves.

An email to its members from trustee Nigel Sommerville confirmed the result of the survey was to disband altogether.

Back in July, in the wake of the toppling of the statue of Edward Colston and the widespread re-examining of places, schools and organisations associated with the slave trader, the Colston Society quietly surveyed in members, and although it wasn’t a binary choice, the survey effectively offered three alternatives: continuing as they were under the Colston name; continuing but under a different name, with The Redcliffe Society proposed, or disbanding completely.

Of those 105, a total of 62 said they thought the society should disband. Of those 105, 49 said they would want to continue under a different name. The email from Mr Sommerville said the Colston Society would disband on December 31 this year. “There was an excellent response to the questionnaire sent out in late July, with 105 members (representing 76% of the total membership) replying,” he wrote. “Of these a clear majority, 62 (59%), indicated that they thought the Society should be wound up.

“In accordance with the wishes of this majority, the Committee has resolved to wind the Society up with effect from 31 December 2020 and that the Society’s remaining funds should be given to Redcliffe Childrens Centre, to be used in the renovation of its outdoor activity area.”

But there could well be a phoenix society set up by those who want to continue the charitable aspect of the society. Mr Sommerville said another trustee is keen to set up a new society to continue the work raising money for children in Redcliffe.

“A significant minority, 49 members, indicated in their responses to the questionnaire that they would wish to remain members of a renamed society, perhaps named The Redcliffe Society, to carry on raising money to support the disadvantaged of Redcliffe,” he said.

“Those members who wish to support a continuation of the work the Society has done in Redcliffe are encouraged to contact Alastair McArthur who has agreed to work to establish such a new society.”

What is the Colston Society?

The legacy of Edward Colston in Bristol was continued for centuries by the Colston Society, set up in the middle of the 18th century, a few years after his death. Three other societies – Grateful, Dolphin and Anchor – were later formed, loosely based on the party politics of the second half of the 18th century.Since then, all four, with the Colston Society being the ‘parent’ organisation to the other three, have worked to commemorate Edward Colston, and raise money in his name for the kinds of charitable causes he backed in Bristol – particularly around education and care for the elderly.

The bulk of that work is undertaken by the Society of Merchant Venturers, which run schools and nursing homes across Bristol, run their own charities with budgets of millions of pounds, and contain members who are millionaires and billionaires. The smaller societies were concerned primarily with commemorating Edward Colston at fundraising dinners and church services, and then distributing monies raised. The Colston Society’s accounts show that for the past five years it generally raised and donated around £20,000 a year, with £60,000 being raised and donated in 2018.The Colston Society’s stated charitable aims were to ‘promote and assist charitable activities, institutions and funds in the city and county of Bristol. Its focus was specifically on the parish in Redcliffe, based around St Mary Redcliffe Church, its associated St Mary Redcliffe and Temple School.

The vicar of St Mary Redcliffe, Rev Daniel Tyndall, was among the Colston Society’s 12 trustees.

What did the Colston Society do?

Aside from holding fundraising dinners for its members and raising around £20,000 a year and donating it to good causes concerned with education and young people in Redcliffe, the Colston Society was the main organising body that held annual commemoration services in churches around Bristol. Those services would almost always involve school children, and different services were held for schools like Colston’s School and Colston’s Girls’ School, as well as one at St Mary Redcliffe Church, which involved primary and secondary age children from St Mary Redcliffe School.

Colston commemoration services organised by the Colston Society and attended by school children were common in Bristol for more than a century, and often involved the handing out of a ‘Colston Bun’, a lightly baked sweet bread.

In October 2017, Colston’s Girls’ School announced that its annual ‘Commem’ event – the most important date in the school community’s calendar – would still be a church service commemorating Edward Colston, but would not mention the slave trader.That same month, the annual Colston Commemoration service at St Mary Redcliffe Church, which involved school children as young as four, saw silent protests outside by two members of the campaign group Countering Colston.Inside, members of the Colston Society processed in to begin the service, which contained commemorations of Edward Colston and of the victims of slavery, both in the transatlantic slave trade and modern slavery today.

For centuries, the main annual Colston Day service was held at St Stephen’s Church in the Old City of Bristol, but in November 2017, the vicar and the PCC of that church said they no longer wanted to host it.A spokesperson for the PCC at the time said there had been ‘a growing concern about the thanksgiving service’s connection to Edward Colston’.“Colston is a divisive figure within the city of Bristol and the PCC has made the decision that it no longer wishes to hold a thanksgiving service at Saint Stephen’s on or around the birthday, or to the memory, of Edward Colston.“Rather than celebrating the past the PCC wishes to focus on learning from the past, reconciliation and positively shaping the future,” he added.

Over the two and a half years since, a number of places dropped the Colston name, including a pub and a school, before the statue of Edward Colston itself was toppled in June 2020, triggering a wider process of organisations and places re-evaluating their links with Colston.