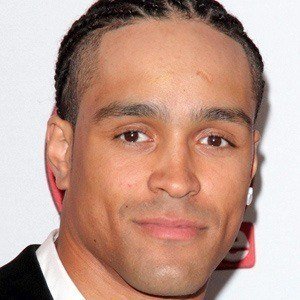 Ashley Banjo was born on October 4th, 1988 in Leytonstone, London, England to a Nigerian father, Funso, a professional boxer and an English mother, Danielle, who was formerly a professional ballet dancer. His parents started a dance studio called Dreamworks in east London and Ashley started dancing at the age of 5.

He is an actor and street dancer and is the creator of the street dance group, Diversity, along with his brother, Jordan. The group were the winners of the third season of Simon Cowell’s Britain’s Got Talent in 2009 and also won the ‘Families United Positive Role Models’ award at the ‘Spirit of London’ ceremony. Ashley has also been a judge on Sky Tv’s Got to Dance and ITV’s Dancing on Ice. 11 years after winning the program, Diversity continue to perform and tour.

Britain’s Got Talent is a television programme screened on the ITV channel in the UK, in which entertainers audition and if put through to later rounds, compete for a cash prize and a chance to appear at the Royal Variety performance, where they perform before a member of the British royal family.

On Saturday 5 September, 2020, Diversity performed as guests on Britain’s Got Talent. Their routine acknowledged the suffering of people labelled Black the world over and the associated oppression because of the their rich and beautifully melanated skin as well as the COVID-19 pandemic:

Almost immediately, the routine was met with howls of indignation from Karens and Kevins as they abandoned their facade and let their full redneckedness rip:

You get the picture. Then they headed over to YouTube to vent their spleen and at the time of writing, the official BGT video of the performance had received 12,000 dislikes (to 32,000 likes). Ashley was receiving volumes of abuse on all his social media accounts and on 8 September, 2020, he posted this image that he had received from a fragile person who believes that being ‘white’ is the only thing they have going for them in life :

And responded with this:

Complaints to Britain’s television regulatory body, OFCOM, about the Diversity performance on Britain’s Got Talent had reached 7,500 at the time of writing. Update, Friday 11 September, 2020: “The number of complaints about an episode of Britain’s Got Talent, which featured a Black Lives Matters-inspired routine by dance troupe Diversity, has risen to 15,500, Ofcom has said. The number of complaints about the episode has shot up from 1,121 on Tuesdayand 10,267 on Thursday. Media watchdog Ofcom said “almost all” relate to Diversity.”: BBC news online.

On Thursday 17 September, Ofcom announced that it would take no action in relation to the 24,000 complaints received from viewers of Britain’s Got No Talent on 6 September, 2020, when diversity performed.