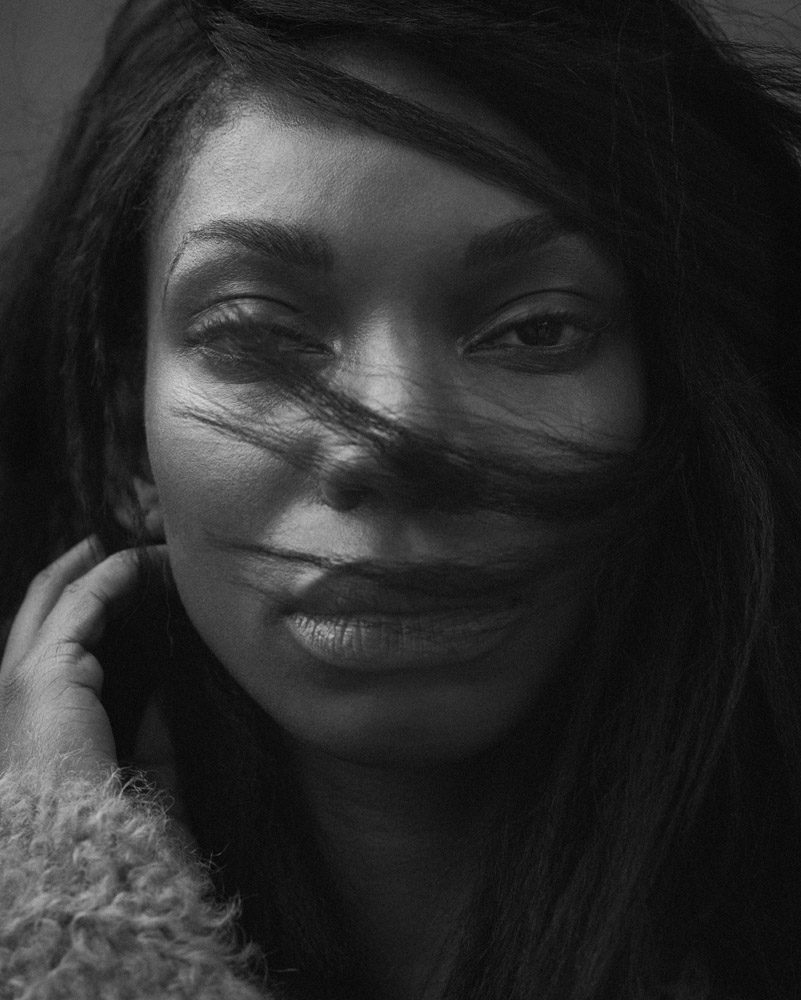 Michaela Coel was born Michaela Ewuraba Boakye-Collinson on 1 October 1987) and raised in Tower Hamlets, London by her Ghanian parents. She trained as an actor at the Guildhall School of Music and Drama and is an actor, writer, playwright, poet and director.

After “feeling like a hamster on a wheel in the kind of school I went to,” Coel reluctantly followed in the footsteps of her sister, now a psychology teacher, and went to university. She briefly studied political science before dropping out and applying to drama schools. “I think I went to one lecture,” says Coel. Her mother, a cleaner at the time, now a carer, “was not happy at all”. “My mum was disturbed,” she continues. “And she kept handing me university applications before I got into Guildhall”.

In 2012, she graduated from the drama school. “I was very lucky in that I got a scholarship for my first year and then my next two years I won the Laurence Olivier bursary.” “I was the only person in my year whose parents didn’t own a house and I remember thinking it was weird. It is worrying because there’s a whole group of amazing actors who may never find their potential or discover that part of themselves. There have to be more scholarships.”

She began her career onstage, first in her own play, Chewing Gum Dreams—the basis for her television show, Chewing Gum —and then as an actor in other productions at the National Theatre, including Three Birds and Medea.

Interviewed about the transition of Chewing Gum Dreams from a play to a television program in 2016, Michaela said,

“Originally, I just extended the play. It was 15 minutes and I wanted it longer, so I did an hour version. Then my writing agent sent it out to a bunch of production companies. I didn’t actually know that she had done that. I wasn’t really thinking about doing television at all, but a lady from Retort, the production company that makes Chewing Gum, read the play and thought I could develop a TV show. The play’s actually quite dark, but because Retort is a comedy production company, I had to make it a comedy, which I think worked out best. I’ve always liked using humor, but what I had to with Chewing Gum was take out a lot of darkness so it would be a bit more feel-good. A way of compromising that was to make it quite uncomfortable; Tracey finds herself in quite embarrassing situations.“

“What partly drove me to write it is my luck in the direction I’ve ended up in and seeing what happened to a lot of my friends, who I know had so much potential. I called it Chewing Gum Dreams because I was thinking about all the aspirations we have when we’re younger before we’re taught there’s a certain benchmark above which we can’t aim. Our dreams, like on the high rise estate which I grew up on, the dreams end up like dried up chewing gum on the floor.”

“For all the theatre I’ve done, I can count on the fingers of one hand the auditions I’ve had for television. “Even in American TV, they like big, strong dark men and exotic looking fair women. I have not seen one black British actress apart form Marianne (Oscar-nominated British actress Marianne Jean-Baptiste) that has gone to America and had a successful career. I see article after article about black men, none about black women. But I think it’s about writing, it’s about casting directors being braver, Steve McQueen is one of them. And I’m hopeful that I have power to change things myself.”

And change things she did.

Since then she’s had supporting roles on critically acclaimed television shows like Top Boy, London Spy, and Black Mirror, She briefly appeared as an airline attendant in Season 3’s “Nosedive,” and then had a much larger role as the captive spaceship navigator Shania in Season 4’s “USS Callister.”  Chewing Gum, which is based in part on her real life, was screened on Channel 4 (UK) and is still available to view (on Netflix in the US). It won Michaela two BAFTA awards, one for Best Female Comedy Performance and one for Breakthrough Talent.

But it was her semi-biographical series, I May Destroy You, that has really put Michaela on the international map. Screened in both the UK and the US, thanks to her brilliant new show, she is currently all over the media and in demand. And because of the subject matter of the show – which explores topics like sexual assault, consent and mental health, many of which are inspired by Coel’s lived experience – her interviews are currently on pretty weighty matters.

Michaela Coel is the new face of Oxfam’s #SecondHandSeptember campaign, which is designed to raise awareness about the impact of fast fashion on the planet and garment workers.

She will feature in the windows of more than 500 Oxfam shops nationwide, showcasing clothing from the Oxfam Online Shop, and the clothes that she is sporting will be available to buy from Oxfam’s pop-up shop in Selfridges London Designer Galleries for four weeks from 7th September. This year, Oxfam is asking consumers to only buy second hand clothes for the month of September, and to share their pledge using #SecondHandSeptember and tag @OxfamGB.

Jamaica Past (images)
Selected images from 1800 - 1923
Previous post About 93% of racial justice protests in the US have been peaceful, a new report finds
Next post LUTHER VANDROSS